The History Of Barcelona's Port Vell In 1 Minute 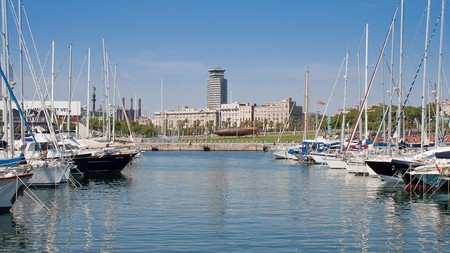 Barcelona has long been an important port on the coast of the Mediterranean, with over 2000 years of history that date to the time of the Ancient Romans. Today, the heart of this historic maritime hub is known as ‘Port Vell’, meaning quite simply ‘Old Port’ and is home to thousands of yachts and small leisure boats.

The first traces of significant maritime activity from the city of Barcelona date back to the 4th century BC when its inhabitants first started navigating the seas for trade. The city was active as a port throughout the Middle Ages and its location on the border between the Muslim world of the South and Christian world of the North, made it a crucial epicenter of trade between civilisations. However, the area was prone to powerful storms which caused damage to the ships anchored there.

Numerous attempts were made throughout the centuries to create an artificial harbor which could offer refuge to boats. Eventually, in the 15th century one such attempt was successful, and resulted in the creation of a large dock which stretched out into the sea. This area soon became home to what is now known as the Barceloneta neighborhood. 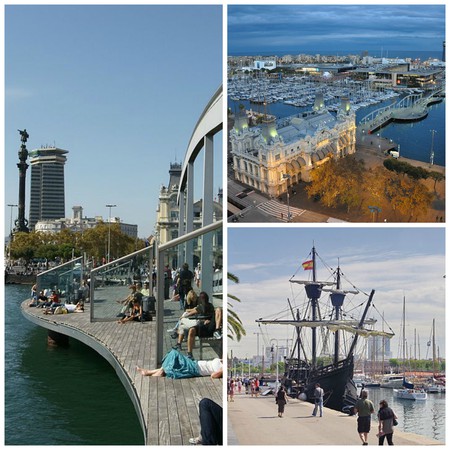 Today Port Vell is an important reminder of the city’s historic maritime tradition and has been the focus of significant renewal projects and investment to expand its status as a yacht harbor. One of the most recent projects has been the construction of the OneOcean marina, a somewhat controversial development which aims to attract what are known as ‘super-yachts’ (ranging up to 190 meters in length) to the city. The area around Port Vell is home to a number of historic landmarks recalling the city’s maritime past, such as the the customs’ office building known as ‘Aduana del Puerto‘ which was finished in 1902, and the clock tower known as ‘Torre del Relotge‘ which dates back to the 18th century. Port Vell is also home to a large shopping and leisure complex known as Maremagnum and is the only shopping area in Barcelona to regularly be open on Sundays.