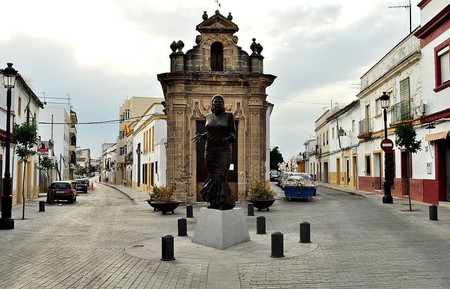 The centre of Jerez de la Frontera is split up into a number of small neighbourhoods, where you’ll find the city’s most important monuments, some of its best tapas joints and sherry bars and the true birthplace of flamenco (or so many aficionados say). Read on for our tour of the coolest barrios in this beautiful Andalusian city.

Located at the northwest extremity of Jerez is the beautiful and scruffy Santiago neighbourhood. This is the city’s flamenco barrio, once described by the late flamenco writer Pierre Lefranc as having produced ‘a galaxy of great singers’, from José de Paula to current star José Mercé. Together, these artists have developed a style of flamenco voice unique to their home: in the Santiago style of singing, wrote Lefranc, ‘deep grief is simultaneously expressed and controlled’.

The best way to appreciate this lovely patch of Jerez is by aimlessly wandering around its shabby and enchanting streets, which will give you plenty of opportunity to listen for emerging flamenco pioneers practising behind closed doors. Other notable attractions are the Basilica and Merced churches (located on the barrio’s two main squares), the 15th-century Hospital de la Sangre and one of Spain’s best zoos, home to everything from Asian lions to Egyptian bats. 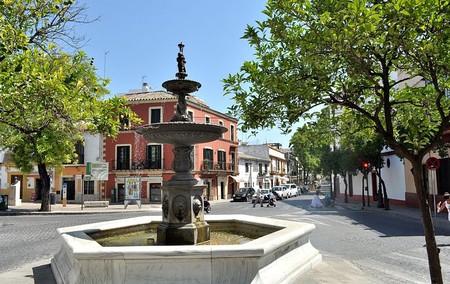 Plaza Santiago in the heart of the Santiago neighbourhood | © Jerezplataforma / WikiCommons

Bunched up against the southern side of the flamenco quarter is the San Mateo barrio, generally considered to be the oldest part of the city. Its central square is the tourist-free Plaza del Mercado, said to be the setting for elaborate celebrations when the dual Catholic monarchs paid Jerez their first visit in 1447. On a darker note, this was also the site, in 1884, of the execution of four suspected members of a cloak-and-dagger anarchist group known as La Mano Negra (‘the Black Hand’), an organisation whose existence is still shrouded in mystery.

Today, San Mateo is a tightly packed quarter of hidden placetas (little squares) and quiet lanes winding between houses painted in fading whites and yellows. Its key attractions are the Bodegas Tradición – a sherry producer that’s also home to an important private art collection – and the Iglesia San Mateo, a 15th-century gothic church that has recently been restored. 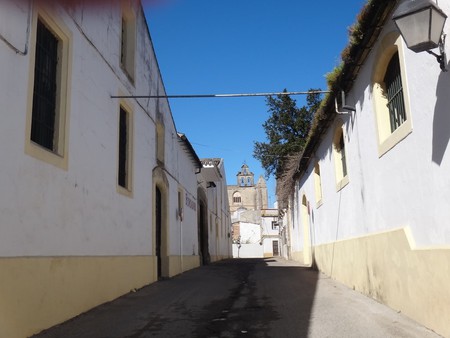 A street in San Mateo, with the San Mateo church visible a little way off | © El Pantera / WikiCommons

Strolling south out of San Mateo (these neighbourhoods appear in a rough north to south order), you soon arrive at the barrio of San Dionisio. This might be the smallest neighbourhood in the historic centre of Jerez, but it has always been one of the most important, with local governmental buildings sitting next to thriving businesses and historic churches.

Iglesia San Dioniso is the quarter’s main church and blends a 15th-century gothic exterior with an 18th-century baroque interior. On the same attractive square is the former town hall building Antiguo Cabildo, with a magnificent renaissance façade. San Dionisio is also home to two of the loveliest spots in Jerez for open-air eating and drinking: the leafy and intimate Plaza de la Yebra – where you’ll find the local institution that is La Cruz Blanca – and Plaza Plateros, which boasts several of the sherry bars, or tabancos, for which Jerez is famous. 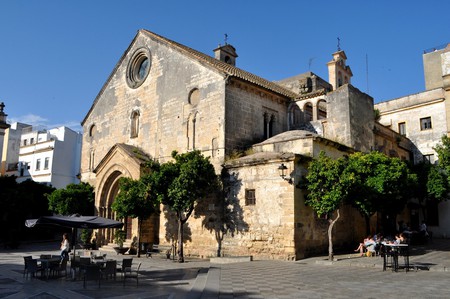 Sitting right next to the San Dionisio barrio, in the heart of Jerez, is the El Salvador neighbourhood, home to both the cathedral and the Alcazar.

Replete with muscular flying buttresses and a richly detailed façade, the San Salvador cathedral was built between 1695 and 1778, only attaining the status of cathedral in 1980. The steps that lead up to its main courtyard are the setting, every September, for the wonderful Treading of the Grapes ceremony, which officially opens Jerez’s Grape Harvest Festival (Feria de la Vendimia; this year from September 1–17).

Opposite the cathedral, on the other side of a tranquil park, is Jerez’s 11th- and 12th-century Moorish fortress. Its mighty defensive walls and towers, still virtually unscathed today, managed to keep Christians out for over 200 years, before Jerez was finally wrenched from Moorish control in 1264. 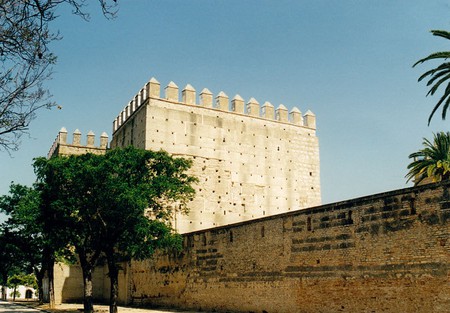 Vying with Santiago for the accolade of Jerez’s flamenco neighbourhood is San Miguel, a residential quarter on the historic centre’s eastern flank. Its main square is the stately, palm-fringed Plaza del Arenal – one of the best spots in the city for breakfast or early-evening copas – and its key building is the late 15th-century Iglesia San Miguel, which was Jerez’s most important church until the cathedral was built.

San Miguel’s flamenco credentials are just as impressive as Santiago’s and its two most famous flamenca daughters, the singer known as ‘La Paquera de Jerez’ (1934–2004) and the singer, dancer and actor Lola Flores (1923–1995), are remembered by striking monuments in the heart of the neighbourhood. 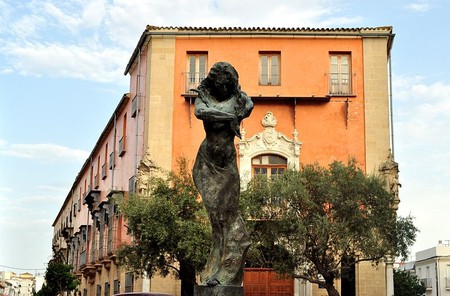