The Chulapos of Madrid: The History of Spain’s Most Intriguing and Enduring Religious Traditions 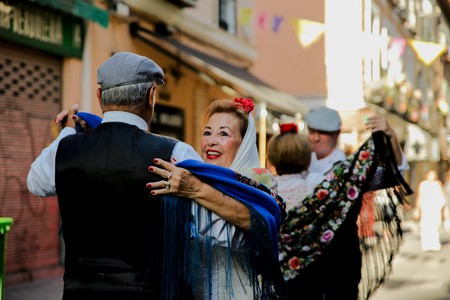 Every year in May, the city of Madrid honours San Isidro Labrador, and Madrileños gather in local parks and public squares to eat, drink and dance the chotis in the street. 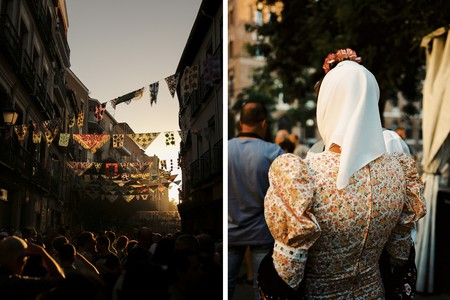 Every May, the Chulapos of Madrid dress up in traditional costumes to celebrate the city’s patron saint, San Isidro Labrador | © Igor Termenon / Culture Trip

During the month of May, when the city celebrates its patron saint, San Isidro Labrador, Madrileños dressed up in traditional costumes descend on the Pradera de San Isidro in Madrid to dance in the street. They are known as Chulapos, and their dance is known as the chotis, a 19th-century traditional folk dance similar to a German polka that involves one dancer being twirled around by their partner while their feet remain planted firmly on one spot.

The term “Chulapo” or “Chulapa” – a variant on the word chulo – was forged during the 19th century to refer to a working- or lower-middle-class group of people in Spanish society who were famous for their elaborate style of dress and cheeky attitude. The original Chulapos in Madrid were residents of the Malasaña and Maravillas neighbourhoods, but today, the term is used to refer to anybody from Madrid. 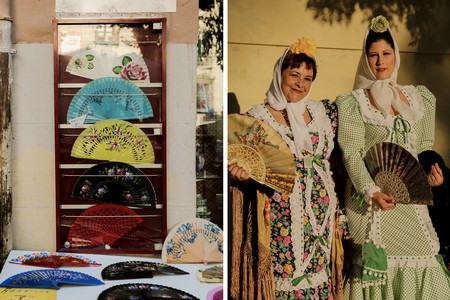 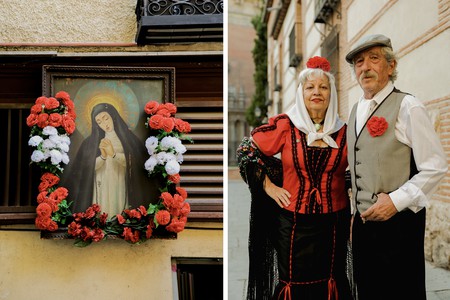 The Chulapos were traditionally trade workers, and the elaborate outfits were adopted to celebrate their social class | © Igor Termenon / Culture Trip

When describing the origins of the term, Cristina Farelo, a born and raised Chulapa, says that people in Madrid are “often said to be quite cocky. Chulo means cocky or full of confidence.” And their dress sense reflects this attitude.

Chulapos don a short grey waistcoat with a carnation on the lapel, black trousers, a shirt and a cap, while Chulapas wear a dress with a long skirt fitted above the knees, a handkerchief and two carnations over their heads, and a fringed mantilla.

This elaborate style of dress was adopted in celebration of their social class – Chulapos were trade workers who wanted to distinguish themselves from the upper classes – and originated from a sense of pride for the neighbourhood in which they were born and raised.

There were different styles of dress based on other neighbourhoods, but the Malasaña style is the most popular and the most recognisable. 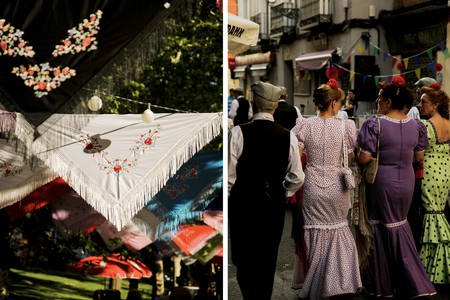 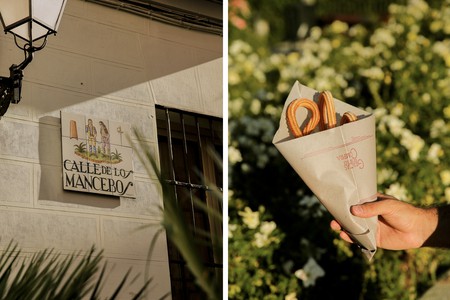 At the religious festival, traditional Spanish dishes are available to try, such as churros and pescado frito | © Igor Termenon / Culture Trip

During the festival of San Isidro, you’ll find residents in this traditional garb dancing between tables with gingham tablecloths, napkins strewn on the floor in appreciation of the food up for grabs, such as pescado frito, pintxos and the classic calamari sandwich.

Traditional lemonade with chopped fruit is enjoyed with sweet treats, such as glazed doughnuts with almonds or meringue. One of the main traditions of San Isidro is the blessing of the water from a spring next to the Ermita de San Isidro and then drinking it. One of San Isidro’s miracles is said to be his uncanny knack of finding water – he performed a miracle by asking God to fill the well in which his son had fallen with water so that he could float to the surface – and there are fountains and springs named after him all over Spain. 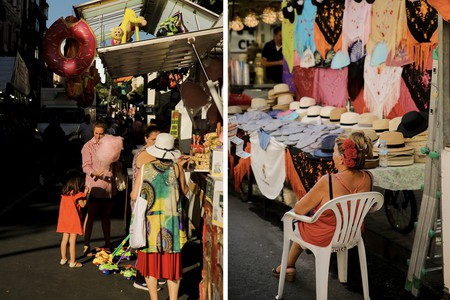 Lemonade, sweet treats and clothing stalls are set up in the street during the May festival | © Igor Termenon / Culture Trip 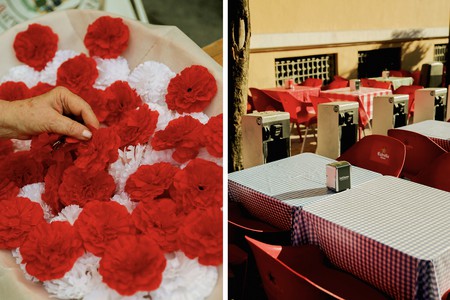 Red and white carnations are worn by Chulapos and Chulapas, as they signify the colours of Madrid | © Igor Termenon / Culture Trip

Aside from the religious festivals and the drinking of San Isidro’s water, the outdoor party in his eponymous park is the biggest San Isidro tradition. These days you’ll hear all kinds of music played at these parties, but traditionally, the soundtracks were zarzuelas.

Farelo tells Culture Trip: “Chulapos are often characters in zarzuelas, Spanish operas based on traditional characters.” You can find their influence in works by composers such as Federico Chueca, Tomás Bretón, Ruperto Chapí and Moreno Torroba, who referenced Chulapos (but especially Chulapas) in the lyrics of some of their most famous operas.

You can also see people dressed in Chulapo costumes throughout the festivities of San Antonio de la Florida in June, San Cayetano and San Lorenzo in August and Virgen de la Paloma in the summer too.

You may also see men in Chulapo dress selling traditional waffles known as barquillos in the streets of Madrid.

The tradition of the Chulapos remains a fascinating example of the pride of a working-class community who has secured a place in Madrid’s history and folklore. 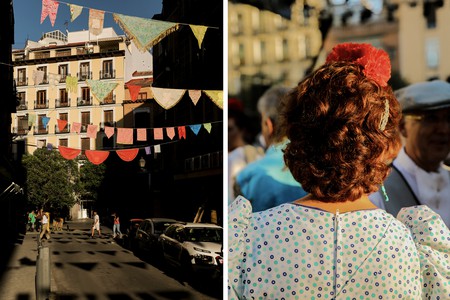