Welcome to the Forward-Thinking Spanish City That Went Car-Free 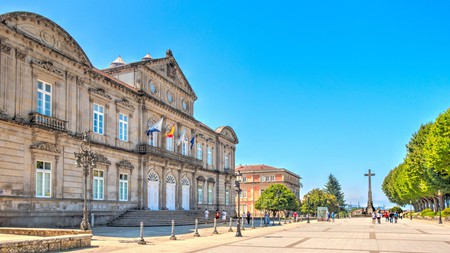 Who doesn’t get tired of traffic in cities? The diverse soundscape of cosmopolitan streets gets drowned out by the revs of frustrated commuters, the air feels thick and unhealthy, and walking from A to B is prolonged by a perpetual wait for traffic lights to turn green. Well, Pontevedra in Galicia, Spain, has taken note and taken action.

In 1999 Miguel Anxo Fernández Lores was elected as mayor and did not waste time in beginning to pedestrianise the city. At this point Pontevedra was in decline. The centre was not a desirable place, traffic accidents were regular, pollution was high and there was an increasing drug problem. Young people brought up here couldn’t wait to escape.

So, inspired by the principle that cars shouldn’t have more of a right to public space than people, Lores began pedestrianising the Medieval old town and continued to expand. Cars were no longer allowed to cross the city, on-street car parking was removed and in its stead, free-to-use underground car parks were built on the outskirts.

The positive impacts have been phenomenal. Air pollution has decreased 61% since 2013, with 70% of people travelling on foot or by bike – easy enough to do in a city that takes 25 minutes to cross. There have been zero traffic deaths in the centre since 2009. 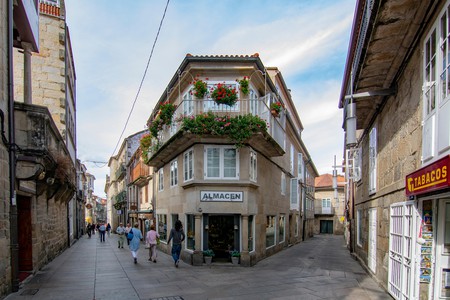 Perhaps most extraordinary is that a once stagnating city, in a region where towns are consistently losing inhabitants to Spain’s larger cities, has a population that has grown by 12,000 since the mayor’s election in 1999. For a place of around 83,000 people, that is no small number.

This may also has something to do with the fact that Lores has fought to make life easier for small independent businesses, the beating heart of the city, by fighting off planning requests for big shopping centres and global brands.

The prospect of moving to Pontevedra has become extremely attractive. Streets are quiet and safe, and lined with a thriving independent scene that puts many towns in Spain and across Europe to shame. Walking around the city is a refreshingly pleasant experience, as you appreciate the architecture, the greenery and the untarnished sounds of a community going about its business – glasses clinking, friends laughing and nature returning. 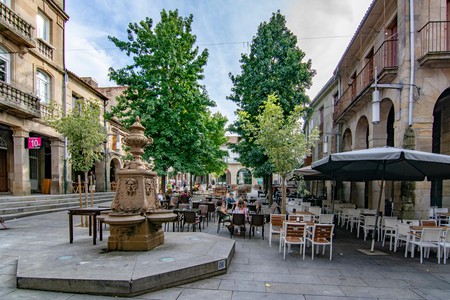 There’s a rich variety of historic landmarks scattered around town, and endless picturesque squares to stumble upon. Take in the numerous bridges that span the River Lérez – this is the city of bridges, after all – or head out of the city and enjoy some of Galicia’s finest beaches and hilly hiking trails.

And let’s not forget that this is a coastal city in northern Spain, so food is a huge part of the culture. Seafood unsurprisingly plays a big part, alongside a variety of locally sourced meats and handmade bread. Wine is also prominent – world-renowned albariño comes from this region and you won’t find a crisper sip of white in the country. Read our article on the city’s best restaurants to discover more. 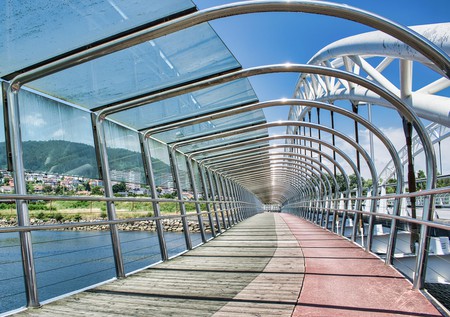 Where to stay in Pontevedra

Sold on a relaxing trip to Pontevedra? Here are a couple of hotels we love that should do the trick. Book directly with us or read our extended guide on the city’s best hotels for more options. 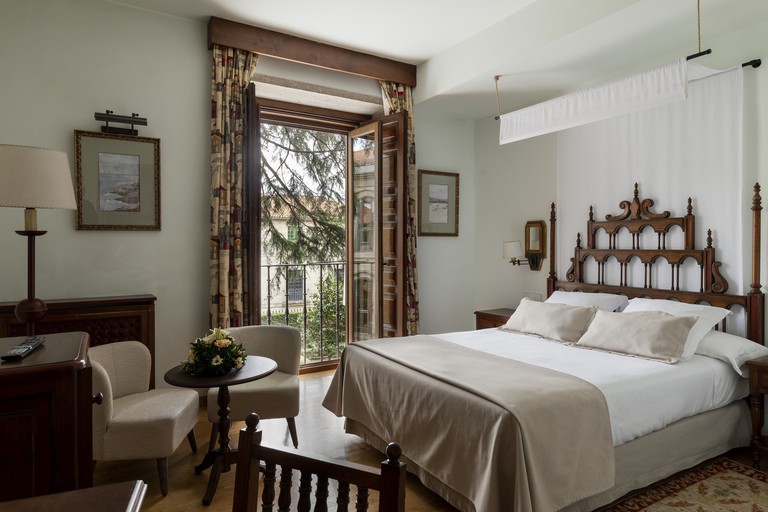 Courtesy of Parador De Pontevedra / Expedia
Live like royalty at this 16th-century Renaissance palace in the magnificent old quarter of Pontevedra. The decor remains elegant and stately, while the charming garden offers a peaceful retreat in the heart of the city. Nearby there are a host of excellent shops and restaurants, as well as the scenic riverfront. This is your best option if you want to appreciate the city’s unique culture and stay close to the action. 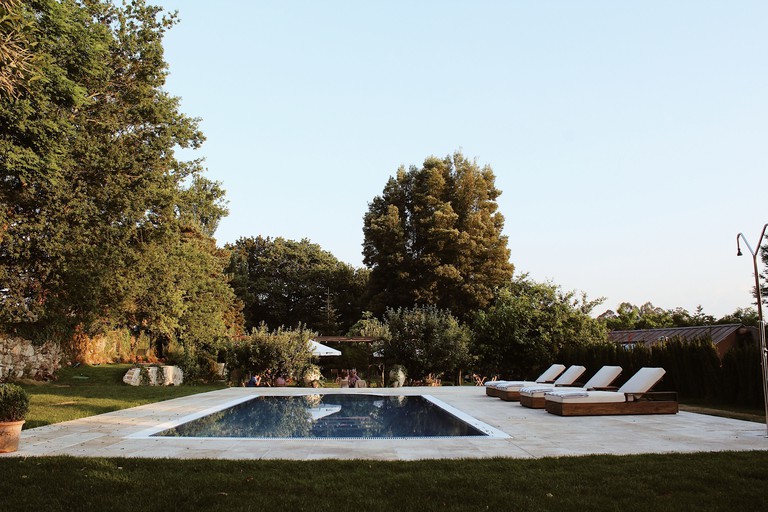 Courtesy of Ecohotel Nos / Expedia
Looking for an ecofriendly stay in Galicia? Look no further than this rustic farm hotel on the outskirts of Silleda, a pretty little town an hour’s drive from Pontevedra. The hotel itself is an intimate spot with only six rooms, a traditional restaurant, a wine cellar and an outdoor pool. The character of the 100-year-old building has been beautifully maintained and, when you look across the courtyard at stone walls, wooden gazebos and an abundance of greenery, it’s no surprise that this is an extremely popular wedding venue.
Give us feedback