The Best Weekend Trips From Madrid

Cuenca's hanging houses | © bearinthenorth / Pixabay
If you want to get away from the Spanish capital for a couple of nights, you are spoilt for choice when it comes to weekend break options. From coastal gems to historic icons, discover the best weekend break destinations from Madrid.

Salamanca, a thriving university city with famous sandstone architecture, lies around 200 kilometres (124 miles) west of Madrid. Train tickets are under €20, and the travel time can be between 1.5 hours and just under three hours, depending on if you take the fast train or the slower train. Look out for the quirky recent additions to the façade of Salamanca’s New Cathedral, including an astronaut and a dragon licking an ice-cream. The city is compact and ideal to wander around. In the evening, have a drink on the beautiful Plaza Mayor and indulge in a bit of people-watching before exploring the city’s tapas bars. 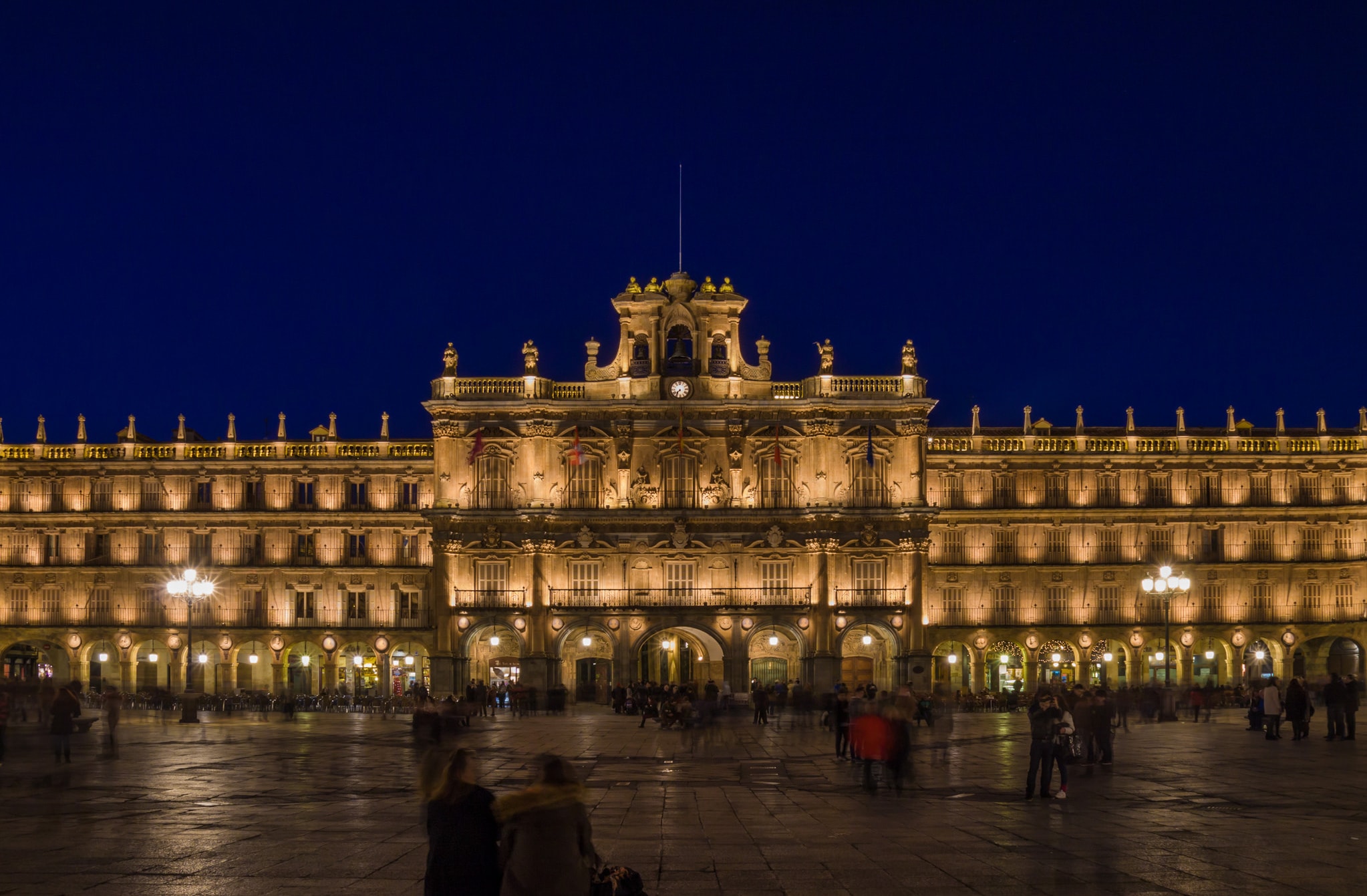 Segovia, just 30 minutes by train from Madrid, is famous for its huge Roman aqueduct that looms over the city centre. It is a favourite day trip from Madrid, but staying overnight gives visitors the chance to settle in and, once the bus tours have left, dive into the city’s nightlife. If you’re a confirmed carnivore, don’t miss trying the Segovia’s speciality – roast suckling pig. The Alcázar, a restored 12th-century castle, looks like something that could have inspired Walt Disney. Train tickets range from around €10–20. 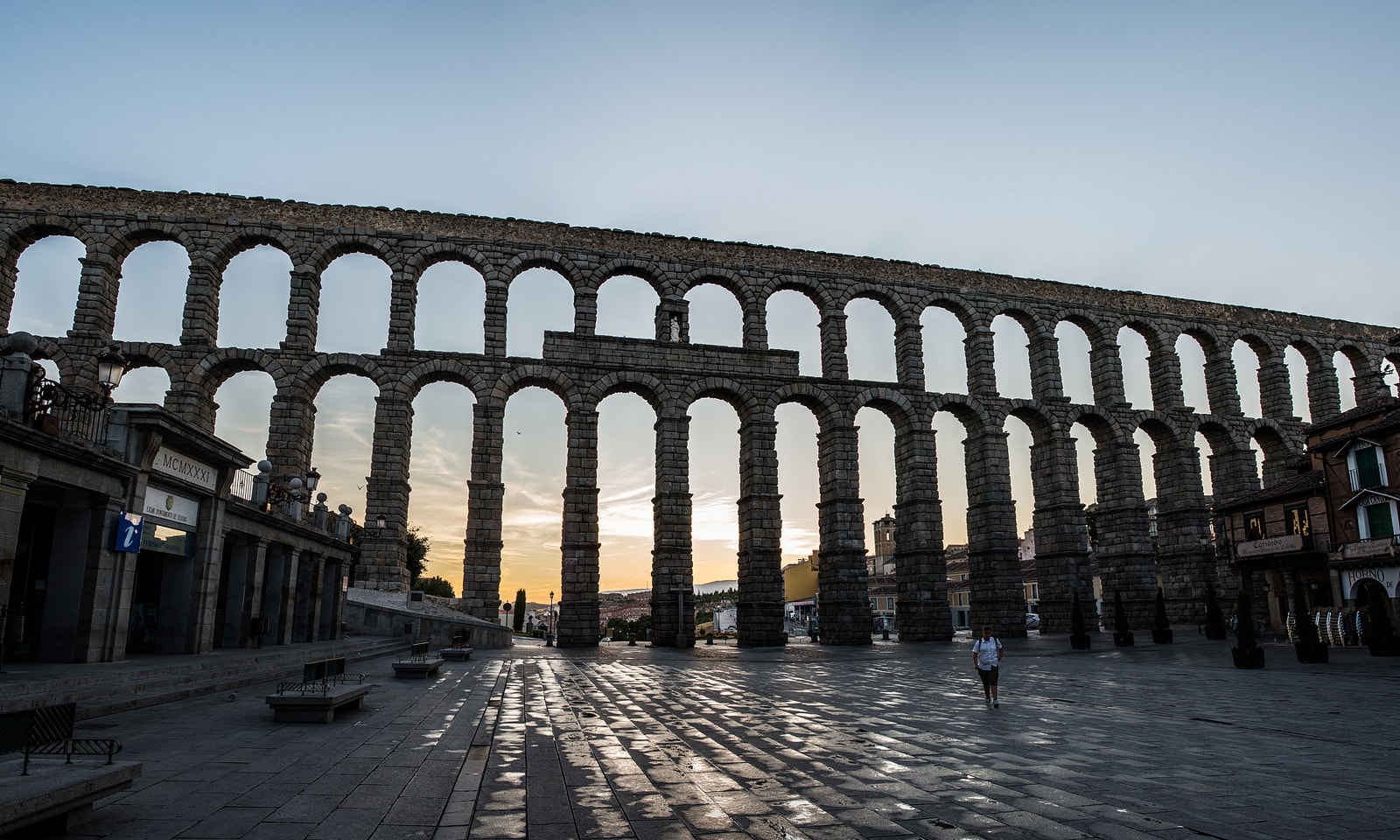 Bridge, Ruins
Houses of Cuenca old town, Spain | © Igor Dymov / Alamy Stock Photo
Around an hour’s train journey south-east of Madrid is Cuenca, a city founded by the Moors, which today retains many of its historical sites, from its walled town to the ruins of its medieval castle. The town is most famous for its ‘hanging houses’ – buildings clinging to the cliff high above the Huécar River. It is, however, a joy to walk around, with its steep cobbled streets revealing hidden treasures at every turn.
More Info
Open In Google Maps
spain, Spain
View menu
Visit website
Visit Facebook page
Send an Email
Give us feedback

Under two hours south of Madrid lies the stunning city of Córdoba, known for its magnificent Moorish Mesquita (Mosque); today, it is the city’s cathedral. It is a remarkable example of Islamic architecture and harks back to when the city was the capital of Islamic Spain. Around the Mesquita, narrow streets snake outwards, through the old Jewish and Islamic quarters. These streets, lined with whitewashed buildings, hold cosy tapas bars and picturesque patios. 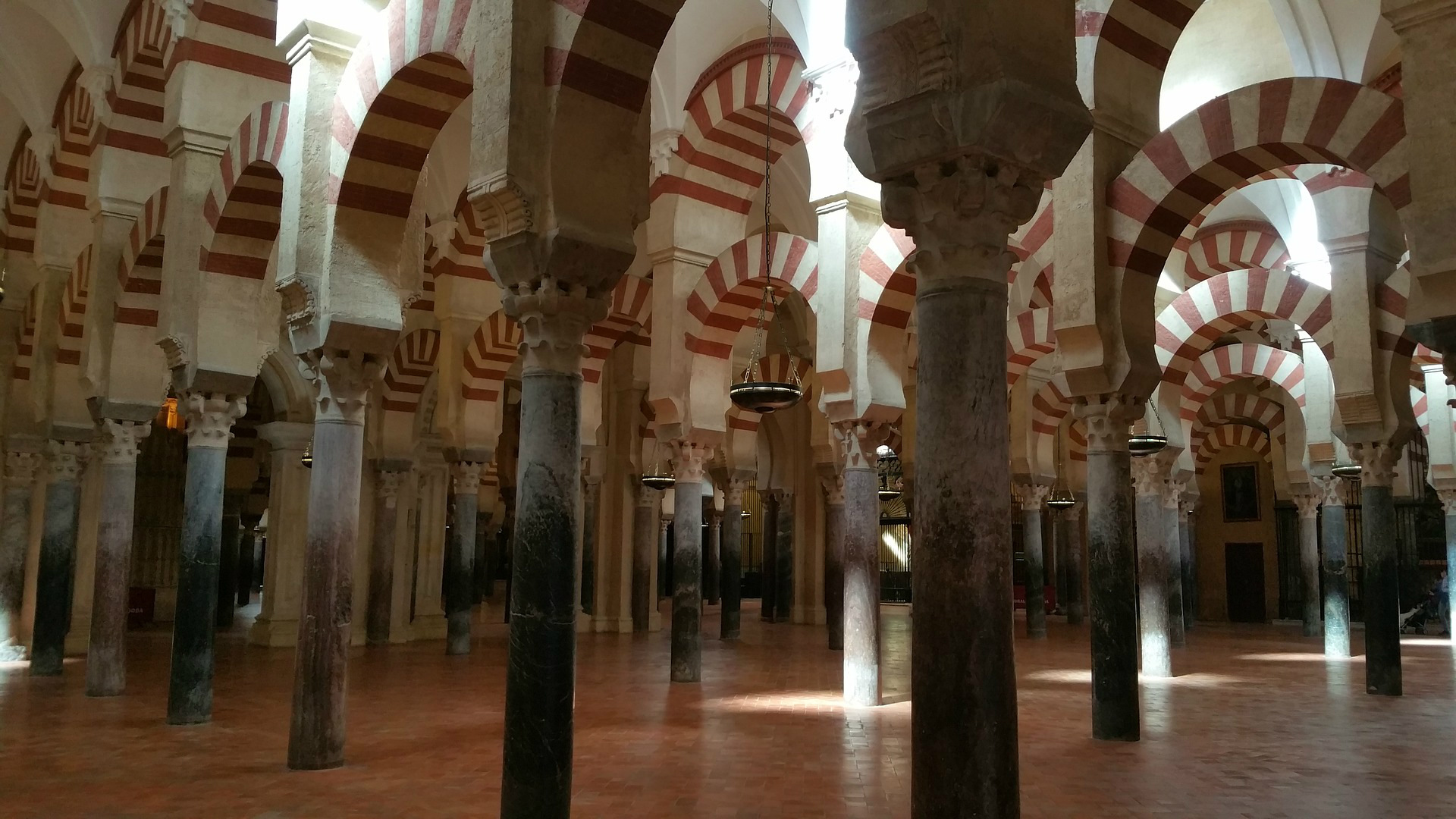 In around 2.5 hours, you can travel from Madrid to the Costa Blanca. It might have a reputation for its packed resorts, but Alicante is a pretty port in the shadow of Mount Benacantil, a rocky hill where Santa Barbara Castle sits. El Postiguet is the city’s main beach, just a short stroll from its old town. You can also take the tram to the nearby beach of San Juan if you want a less packed and more local experience. During the evening, stroll along the marina, and then head to the old town tapas bars. 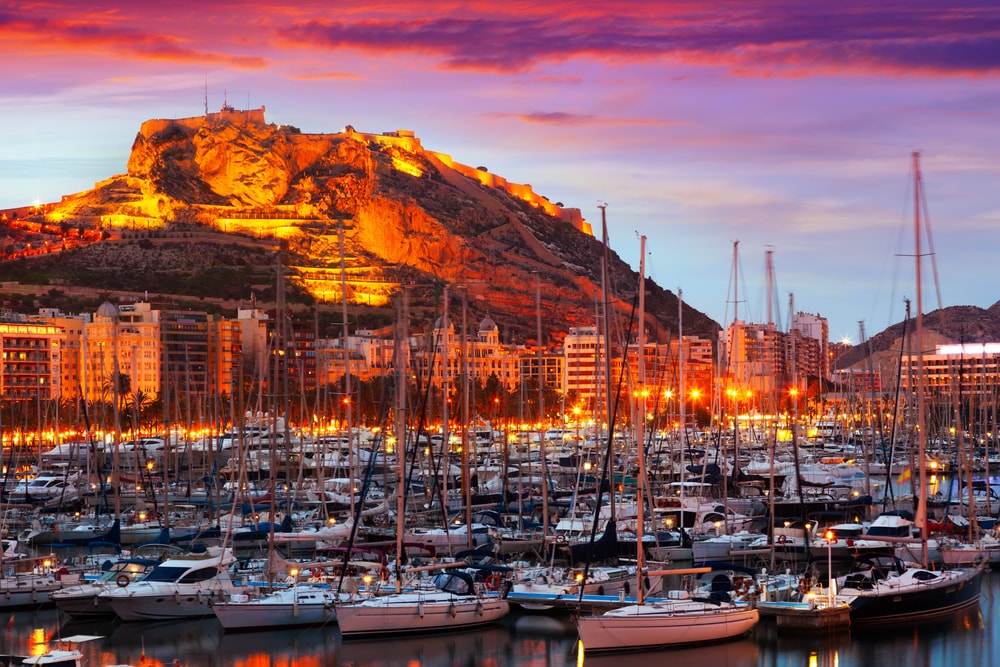 Spain’s fast train (AVE) takes you from Madrid to Valencia in around 2.5 hours. Spain’s third city is a great mixture of a fascinating old town (the belief is that the actual Holy Grail used during the Last Supper is in the city’s cathedral), modern architecture and lovely beaches. Don’t miss trying paella in its hometown – Spaniards typically eat the dish for lunch along the seafront so that they can spend the afternoon digesting the heavy dish. There is also the City of Arts and Sciences, a space-age group of buildings in the old riverbed that feature Europe’s biggest aquarium as well as an IMAX cinema, science museum and theatre. 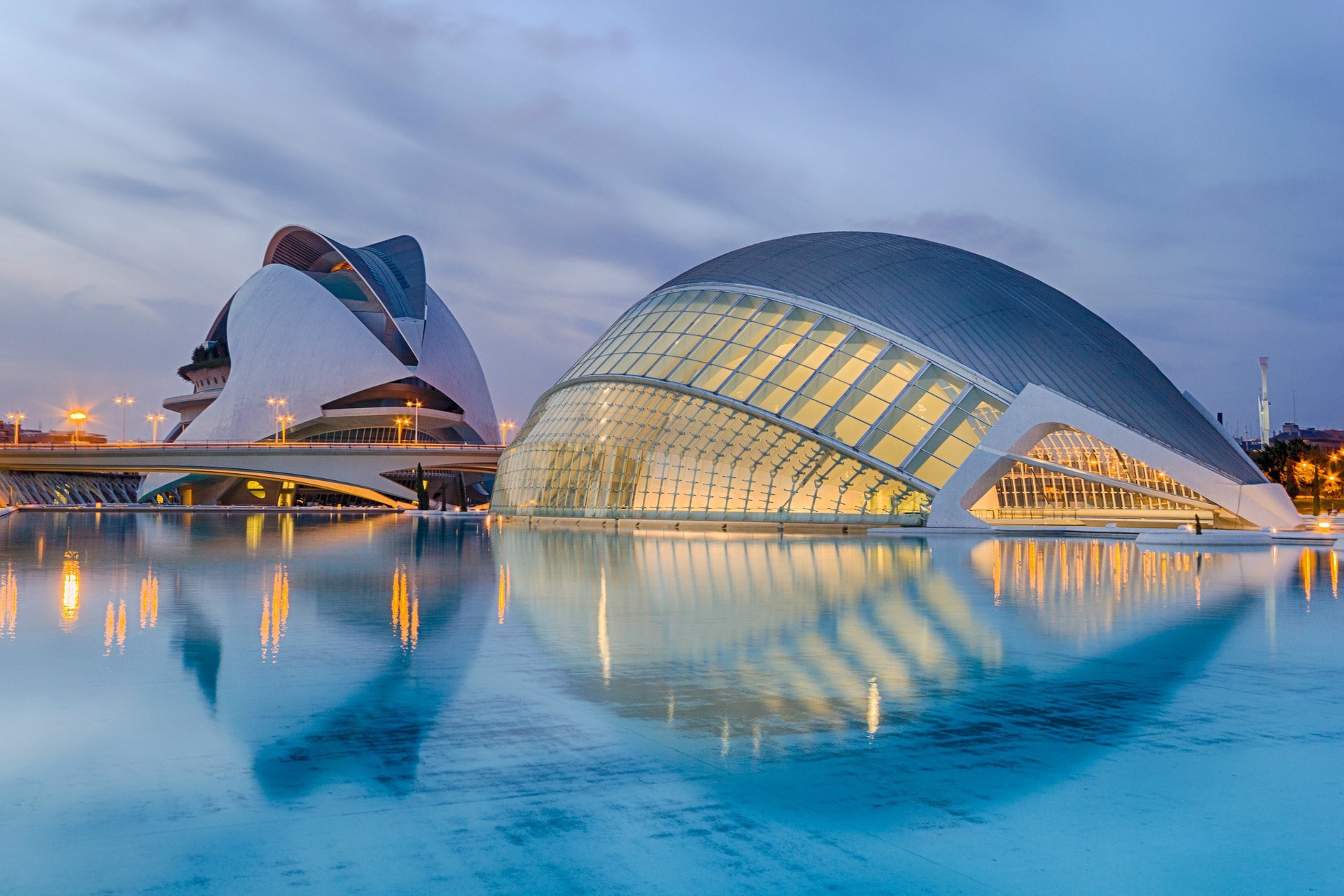 A bit further afield, Lisbon is easily reachable from Madrid on budget flights or, if you’re brave enough, on a night train. People are just waking up to the fact that the Portuguese capital is one of Europe’s hidden gems; its crumbling, tiled walls and iconic yellow trams, its buzzing cultural scene and its huge range of reasonable bars and restaurants make it an ideal weekend break. 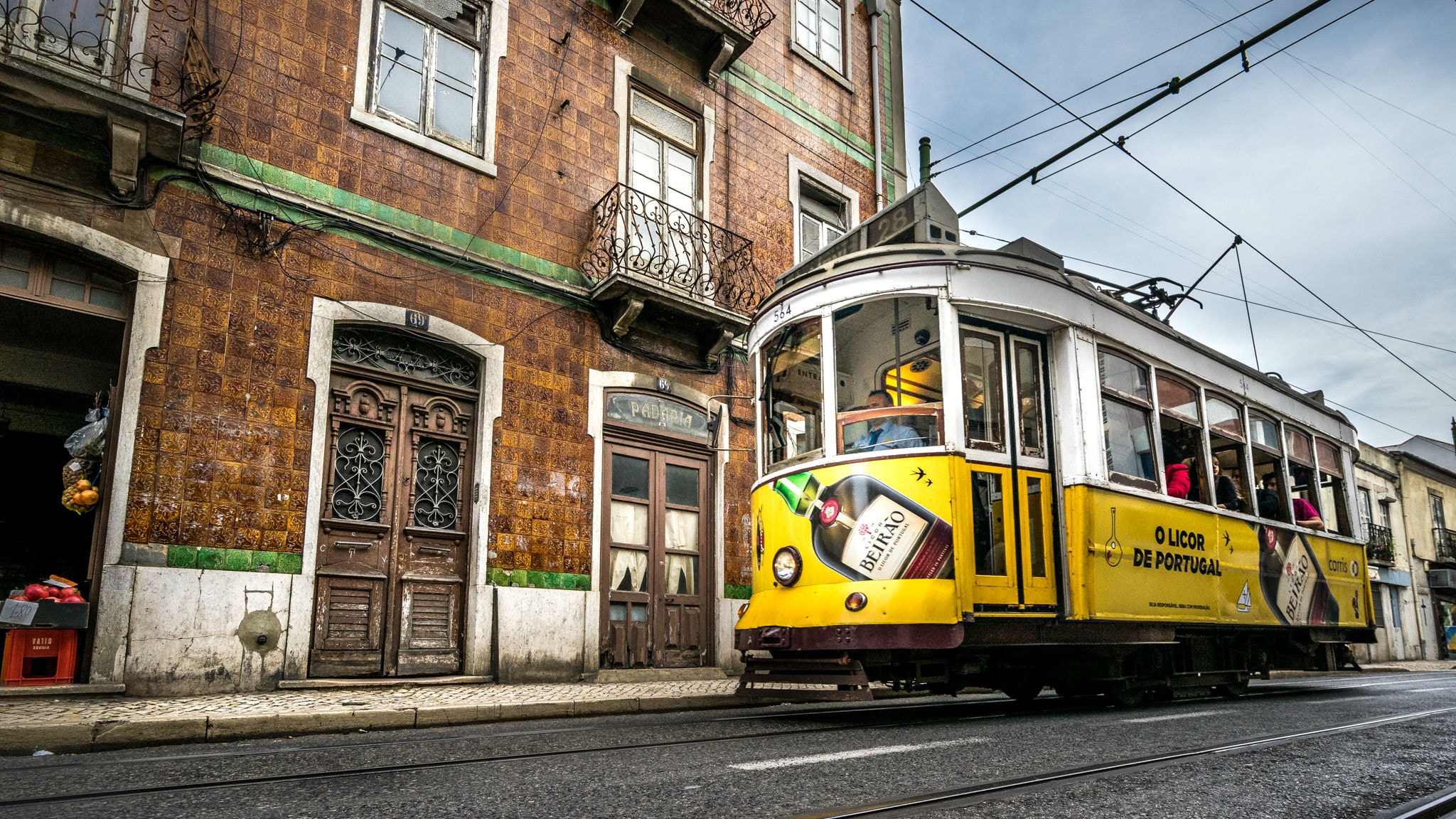