Horseracing on the beach in Cádiz, Spain | © Guillén Pérez / Flickr
Though not a country readily associated with horse racing, Spain is home to some prestigious race courses. From the Chapin stadium in Jerez, which hosted the World Equestrian Championships in 2002, to Seville’s high-end Hipodromo de Pineda, read on for the best horse racing courses in Spain.

The backdrop to races on the Zarazuela track is composed of the skyscrapers of Spain’s capital city, making it an unforgettable place to attend a meet. The course is famous for the elegant canopies that cover its terraces, a feature that has earned it the reputation as one of the most architecturally sophisticated courses in Europe. Originally dating from 1935, Zarazuela was closed for refurbishment in 1996 and, since its re-opening in 2003, has attracted large crowds to its Thursday and Sunday races. Excellent facilities, including a hotel, childcare facilities and extensive gardens, make it ideal for a family day out.

Spain’s most picturesque race course is set on the beautiful beach of Sanlúcar de Barrameda in the province of Cadiz. This well-attended event takes place at the beginning of August every year and attracts huge crowds, who gather to watch the colourfully attired jockeys gallop their horses for almost three kilometres (two miles) along the shoreline, on the outskirts of the stunning Doñana National Park. The King of Spain is president of the local racing club and is said to be a regular attendee of Sánlucar’s carraera de los caballos, which can be traced back to 1845: originally, fishermen would race each other along the shore to get their catches to the town’s port as fast as they could. 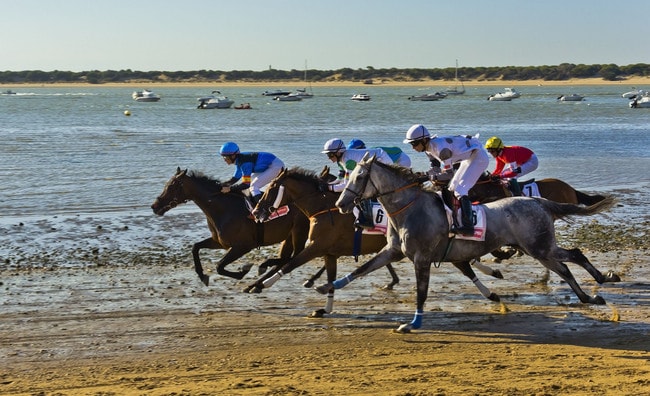 A strong contender for the title of Spain’s poshest sports club – entirely fitting, given its location in the pijo Andalusian capital – is Seville’s Real Club Pineda, spread out over a third of a square kilometre (80 hectares) of beautiful grounds way out of the city centre. Pineda holds a winter racing season that is always well attended by the great and good of Seville, but the club’s comprehensive offering means it’s busy all year round. There are facilities for padel, golf, tennis, football and croquet as well as gyms, swimming pools and some stunning spaces for eating and drinking.

One of Spain’s largest multipurpose sports centres, the Las Mestas sports complex in Gijon (a city in the cider-making region of Asturias) has a capacity of 10,000; of this number, 3,000 can be seated in its grandstands. Occasional races are held here, but the Mestas is best known for its association with show jumping: every year, the CSI Gijón, Spain’s official show jumping competition, is held here and in 1993 the complex staged the European Show Jumping Championships. Other facilities include a 428-metre (1404-foot) velodrome and pitches for rugby and American Football. 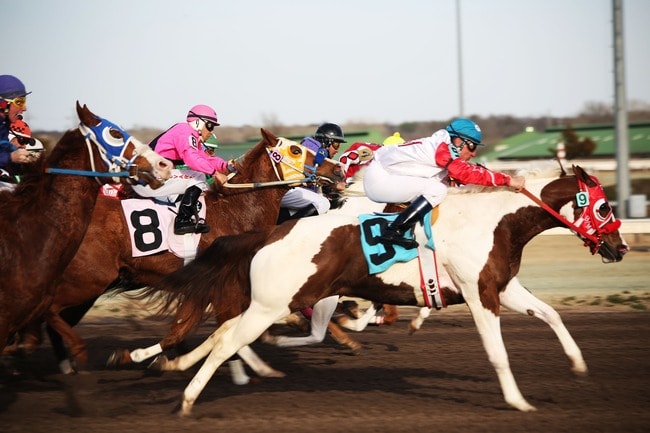 The setting for the fourth World Equestrian Championships in 2002, the Chapin Stadium is located just a couple of miles out of the beautiful Andalusian city of Jerez. Jerez, indeed, has aways been a place with impeccable equine credentials and its Royal Equestrian School is famous for the staging some of the best equestrian ballets on the planet. Escuela Hipica Chapin, a riding school attached to the complex, is one of the most prestigious in Andalusia and boasts large indoor and outdoor arenas for dressage.

Malaga’s sought-after coastline is more famous for its endless supply of sun and world-class golf courses than its race tracks, but that’s not to say there aren’t any down here. The Hippodromo Costa del Sol, situated near the charming pueblo blanco of Mijas, stages a popular off season of races between October and May and boasts a 5,000-capacity grandstand. When not occupied with race meets, the hippodrome’s space is used for vintage-car shows, flea markets and art exhibitions as well as musical events. Attached to the complex are also a prestigious jockey school and high-end stabling. It’s best to call up for meet dates, as the website is seldom updated. 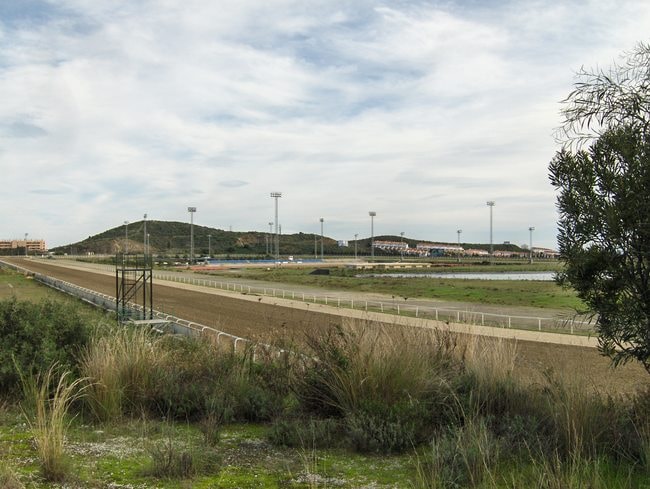 Located in the small town of Dos Hermanas just outside Seville, this enormous hippodrome boasts grass and sand race tracks, with perimeters of 2,000 metres (6,562 feet) and 1,800 metres (5,906 feet) respectively. Along with the racetrack in the equally large Hipodromo Costa de Sol in Mijas, the Gran Hipodromo stages the most prestigious race meets in southern Spain, which spectators can enjoy from a 5,000-capacity grandstand. All the usual catering amenities are on offer too, enabling race fans to amply refresh themselves in between watching the races and making a flutter or two.