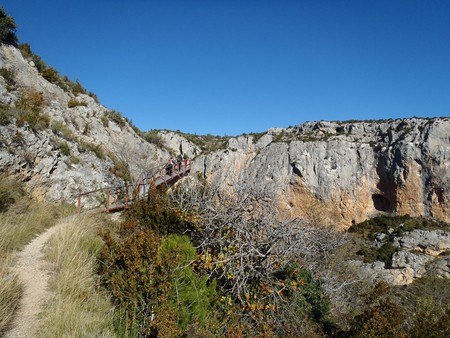 Aragón is a region in northern Spain, tucked in between Catalonia to the east and Navarra and Castilla y León to the west. In the north are the vast Pyrenees and in the centre are a number of spectacular natural parks. Of course this means that it’s filled with excellent hiking trails. Here’s our pick of some of our favourites.

The Parque Nacional de Ordesa y Monte Perdido is one of the most spectacular in the region of Aragón, and is a great place for many different hiking routes. One of the best is from the bottom of the Ordesa Canyon to the Cola de Caballo Waterfall. It starts at the Pradera de Ordesa car park and takes around five to six hours there and back. You can even reward yourself with a swim once you arrive. 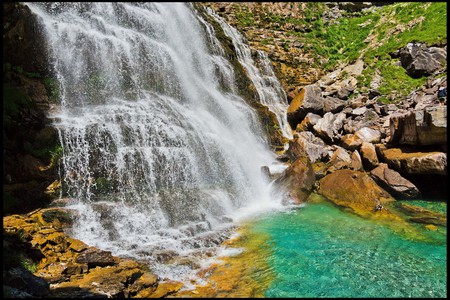 The Ascent of Monte Perdido

Monte Perdido is one of the most famous mountains in Aragon, located within the Ordesa and Monte Perdido Natural Park, from which it gets its name. It reaches an altitude of 3,355m and is the third highest mountain on the Iberian peninsula. It is not extremely difficult, but is challenging in parts. It takes two days to complete and is around 20km in length, starting from the bottom of the Ordesa Valley. You can spend the night half way at the Refugio Goriz or camp nearby. 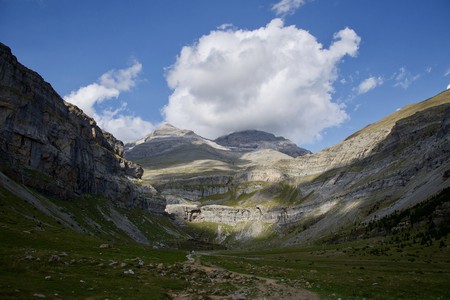 This is a day hike, which covers a distance of around 24km. The route takes you into the ravines of the beautiful turquoise Alcanadre River and into the Sierras de Arangol and Balced. From here, you have an excellent view of the Cabezo de Guara peak standing at 2,077 m. The hike ends in the picturesque village Alquézar, situated along the River Vero. It’s known as one of the most beautiful villages in Spain.

This is a short, but challenging hike, called the Route of the Footbridges. It follows a series of wooden footbridges, which cling to the sides of the rocks and zigzag their way up sheer cliffs – this one is definitely not for anyone who’s scared of heights. It goes from the Albergue Montfalcó to the Montrebei gorge and is a total of 4km, taking around two hours to complete. 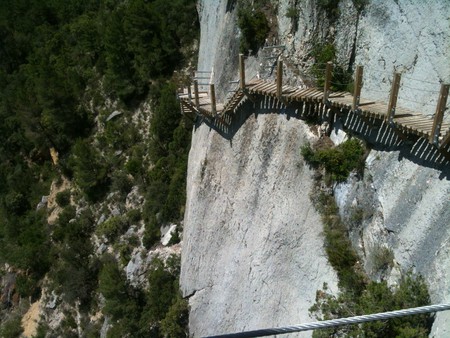 This one is not for the faint hearted - Ruta de Pasarels Montfalcó, Aragon, Spain | ©Adrià Ariste Santacreu / Flickr

This one is an easy route to follow, it’s even suitable for children. It’s a circular route situated in the village Tella, in Valley of Escuaín, close to the entrance of the Ordesa and Monte Perdido Park. It starts and finishes at the San Martín de Tella and takes just one hour to complete. The route takes in three beautiful hermitages of architectural importance – Santos Juan and Pablo (11th century), the hermitage of the Virgin of Fajanillas (12th century) and the chapel of the Virgin of the Peña (16th century). 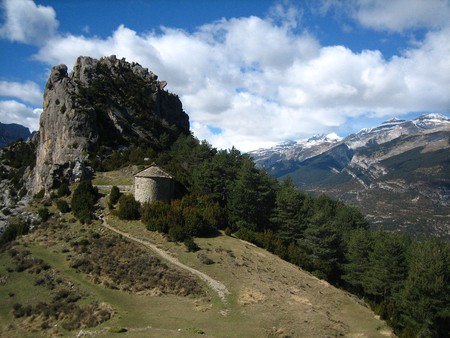 Another easy and short hiking route, but nonetheless spectacular, is the Gorgas de Alba. Located in the Natural Park of Posets Maladeta Valle de Benasque, it takes hikers through gorges and past cascading waterfalls. It’s known as a botanical route, because it also passes through a forest, filled with various types of trees and plants, which you can spot along the way. The route takes just one hour there and back. 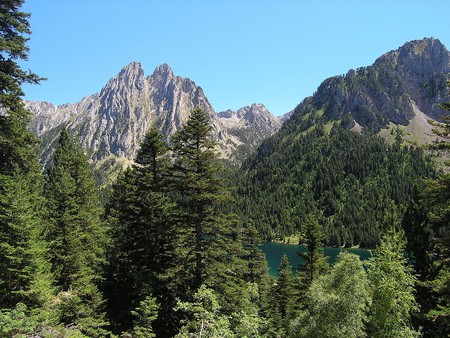 Hiking in the Pyrenees | ©Gligan / WikiCommons

This hiking trail takes you up to the Portillon de Benasque from the Llanos de Hospital ski station and back again in a circular route. It’s 13km in length and takes around four to four and a half hours to complete. It actually used to be one of the old trade routes from Spain to France, and is very close to the French border. In parts, the route travels alongside the river and even crosses it. It also provides excellent views of the Madeleta and Aneto glaciers. Once at the top of Portillon, you are treated to the most incredible views over the Benasque Valley towards France. 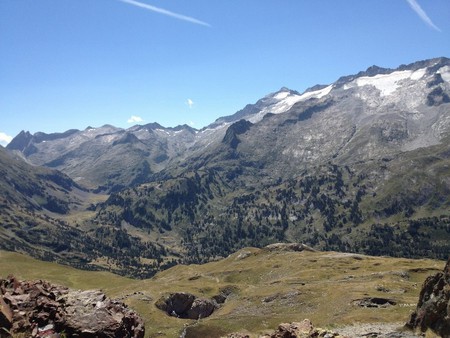 If you’re really up for a challenge, then you can do the epic Prepirenaica Trail, which is undertaken in 12 stages and takes 12 days to complete. It traverses the Pyrenees from west to east, passing through some of the most beautiful corners of the Sierra de Santo Domingo, the Reino de los Mallos and the Sierra de Guara. 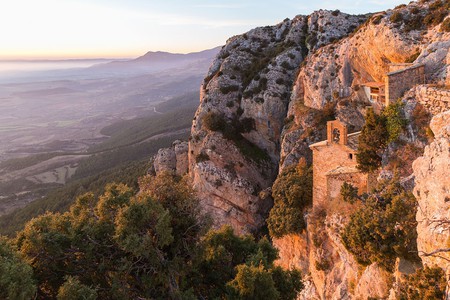