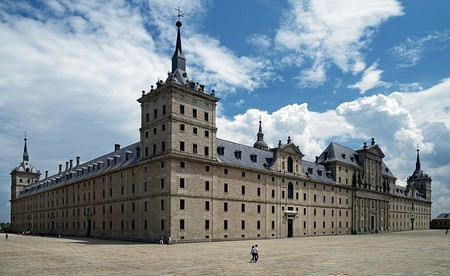 This 16th-century building, one of three that make up Madrid’s Plaza de la Villa, was built in a Plateresque style; an architectural style that flourished in Spain and its territories between the late Gothic and early Renaissance periods and was characterised by ornate façades, floral details and fantastical creatures. While some experts think of Plateresque as its own unique style, many describe it as coming under the umbrella of Renaissance architecture. The Casa de Cisernos (Cisneros’ House) was built in 1537 by Benito Jiménez de Cisneros, the nephew of Cardinal Cisneros, the founder of Madrid’s Complutense University and after whom the building was named. 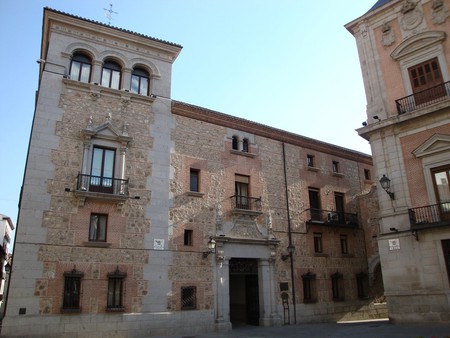 The Puente de Segovia (Segovia Bridge), which spans the River Manzanares at the end of the steep Calle de Segovia, was built between 1582 and 1584. It was commissioned by King Philip II and designed by Juan de Herrera, known for his sparse, Renaissance style that is best seen in the Monastery of San Lorenzo de El Escorial. 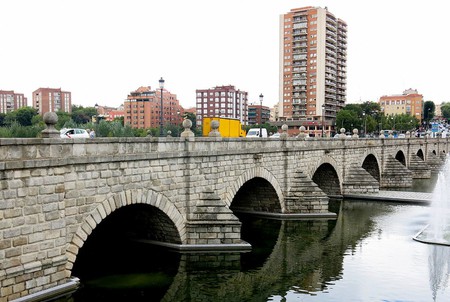 Convent of the Descalzas Reales

Located right in the heart of Madrid, the Convent of the Descalzas Reales was founded by Joanna of Austria, the sister of Philip II of Spain, in 1559. During its early years, the convent attracted many noblewomen, who brought artwork and textiles with them. Today, visitors can see these cultural treasures on guided tours of the convent. 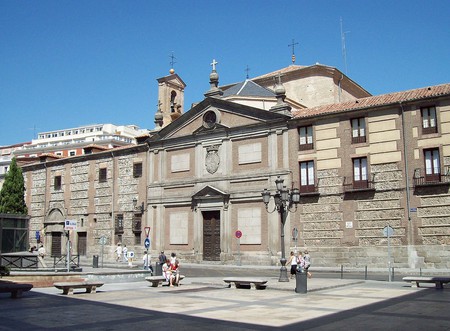 Madrid’s main square, the Plaza Mayor, was originally designed by Juan de Herrera in 1560, but construction did not start on the square until 1617 under Juan Gómez de Mora. Its tumultuous history, which includes suffering several devastating fires, meant the plaza was redesigned by Juan de Villanueva in 1790. Despite its many renovations, several details of the square are Renaissance in design, such as its arcades and curved archways, typical of the Italian Renaissance style. 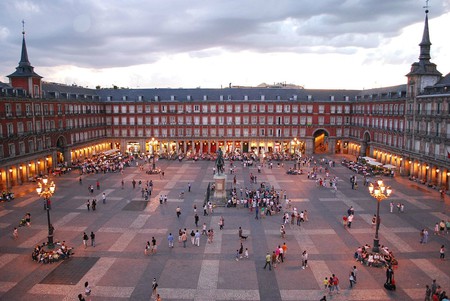 The Iglesia de San Sebastián, or Saint Sebastian Church, on the Calle de Atocha, was built in the mid-16th century but was completely rebuilt during the 1940s after being ransacked and bombed during the Spanish Civil War. Some Renaissance details, such as its dome, do survive, and the church is worth a look, if only for its infamous history. It was here where the funeral of Spanish novelist Miguel de Cervantes took place and where Spanish playwright Lope de Vega is said to be buried. 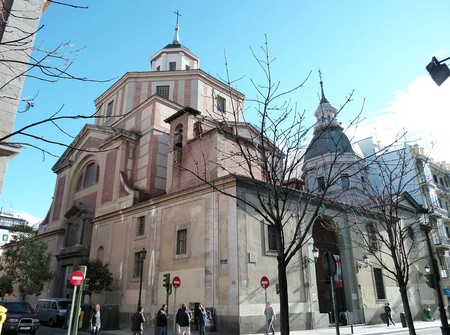 The Church of San Jerónimo el Real, which sits perched on a hill behind the Prado Museum, was built in the early 16th century and was originally one of Madrid’s most important convents, located next to the Buen Retiro Palace, a royal retreat. Its Renaissance-style cloister fell into disrepair over the centuries and was swallowed up into an extension of the nearby Prado Museum in the 2010s.

Perhaps the best example of Renaissance architecture in Madrid is not really in Madrid at all, but in El Escorial, 50 kilometres (31 miles) northwest of the city. The Royal Site of El Escorial – which encompasses a monastery, library, university and museum – was the historic residence of the Spanish Royal Family and was built by Juan Bautista de Toledo and his apprentice Juan de Herrera between 1563 and 1584. With its grey granite exterior devoid of much adornment, El Escorial is imposing in its austerity. It is often cited as one of the best examples of architecture to come out of the Spanish Renaissance.

Cardinal Cisneros founded a university in Alcalá de Henares, northeast of Madrid, in 1499, which soon became one of the most important centres of learning of Spain’s Golden Age. The main building of the university was the College of San Ildefonso, designed by architect Pedro de Gumiel, and is a great example of Spanish Renaissance architecture.