The Best Carnivals to See in Spain 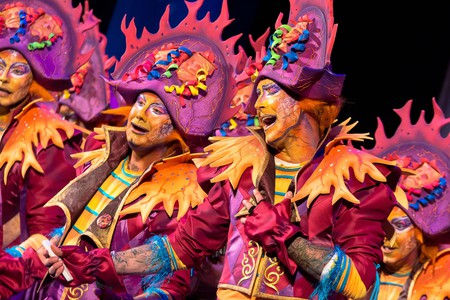 Spain loves a party, and none are bigger, better or more glittery than Carnival, a hedonistic fiesta in late February when people dress up and party till dawn during the week before the traditional and pious period of Lent. While the most famous carnivals take place in the Canary Islands, there are celebrations throughout Spain.

An explosion of colour, sound and spectacle, Las Palmas Carnival, held each February on the Canary Island of Gran Canaria, is one of the most elaborate and famous in Spain. The cabalgata (the main parade) traverses 6 kilometres (3.7 miles) and is watched by over 200,000 people every year. Two of the most popular events of the carnival are the Queen Gala and the Drag Queen Gala, during which the carnival queens are crowned. The traditional white carnival, in which participants pelt each other with talc, takes place on the Monday of the carnival.

Often considered to be the world’s second most famous carnival after that of Rio de Janeiro, Santa Cruz Carnival takes place on the Canary Island of Tenerife and is a riot of fancy dress, parades and concerts spanning the week before Ash Wednesday. The carnival has been going since the 17th century and continued during its official ban under the dictatorship of Francisco Franco by changing its name to the winter holiday. It has a different theme every year, with recent themes including Caribbean, the Roaring 80s, and Fantasy. The carnival is marked by parades, fancy dress and its official closing ceremony, the Burial of the Sardine, which takes place on Ash Wednesday, during which a large papier-mâché sardine is paraded through the streets and buried. 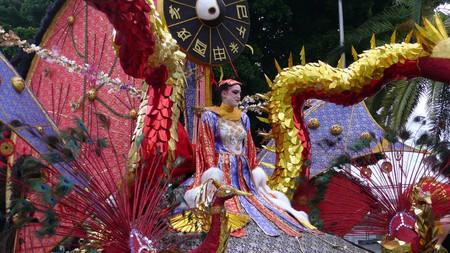 The Catalan seaside town of Sitges, less than an hour south of Barcelona, is one of Spain’s carnival hotspots. Over a quarter of a million people pack the small town for carnival week – the famously gay-friendly destination hosts its Gay Carnival four days before the carnival proper kicks off, so get there early to make the most of the party atmosphere. One of the highlights of the carnival is its stunning parades, which can involve over 3,000 dancers and dozens of elaborately-decorated floats. Another not-to-be-missed event is the fancy dress bed race – surely one of the most unusual activities during the carnival.

The carnival in the southern city of Cádiz has been declared of International Tourist Interest and, as well as the parades and fancy dress shared with Spain’s other carnivals, has its own distinct draw: its dark sense of humour. Comedy plays a large part in the Carnival of Cádiz, where locals mock the issues of the day. Satirical groups, known as chirigotas, play throughout the carnival, skewering some of Spain’s most famous celebrities and politicians.

One of Spain’s most authentic carnivals takes place in the small town of Bielsa. It is one of Spain’s oldest carnivals and has managed to preserve the tradition’s pagan origins. A procession of unusual characters, including tragas (single men dressed as a mythical goat-like character), madamas (single girls), the onso (bear) and the amontato (a woman with a doll on her back), parade through the town. The Cornelio Zorrilla, a straw-stuffed doll, is hung from the town hall. On the last day of the carnival, the Cornelio Zorrilla is judged for his misdeeds, sentenced to death, and burned at the stake.

More than 5,000 adults and children take part in this popular Catalan carnival every year. The highlight is the parade of dancers and floats that takes place on Carnival Saturday. The carnival ends with the crema de la bóta, the burning of the carnival king in a huge wineskin. 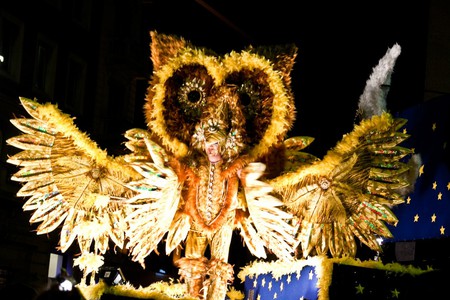 Declared Interés Turístico Nacional (National Tourist Interest), the carnival in Badajoz, western Spain, is one of the country’s most famous. It seems like the entire city dons fancy dress on the Saturday of the carnival when the popular Costume Competition takes place.