The Best Beaches to Visit in Spain 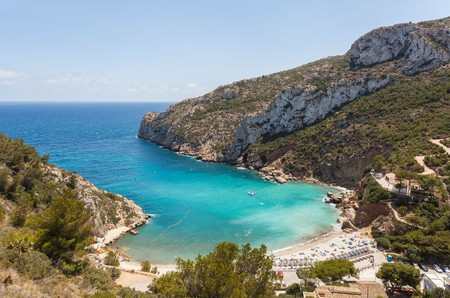 With over 8,000 km (4,971 miles) of coastline, Spain is one of the world’s top beach holiday destinations. From the wild beaches of the northern coastline to the picturesque beaches of the Balearic Islands, we take a look at some of the best beaches around.

Galicia, the lush, green and rainy region of northwest Spain might not immediately spring to mind when thinking of the country’s most beautiful beaches. But the island chain of Islas Cíes (Cies Islands) hides the stunning, white sand beach of Playa de Rodas. In 2017 it was voted the best beach in Spain by viewers of Spanish TV channel, Antena 3. 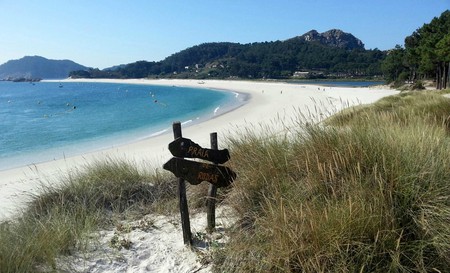 This small cove is a hidden gem on the Valencian coast, in the province of Alicante, with turquoise waters and sugar white sand surrounded by dramatic green cliffs. The 160 metre (525 foot)-long beach has a feel of being isolated from the more touristy beaches along the coast. It’s a popular spot for diving and snorkelling, as well as other water sports like kayaking.

Of all of Spain’s urban beaches, Playa de la Concha (Shell Beach) in the Basque city of San Sebastián has got to be the most beautiful. It has even been voted Europe’s best beach for its spectacular setting in a cove with its own small island and its popularity with families. Being in a cove, the waters are calm and safe, while a five-minute walk away, adrenaline junkies can hit the waves of Zurriola beach, popular with surfers. 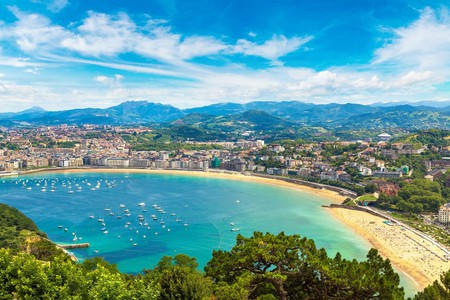 The dramatic lava formations and deep yellow sand of Playa de Mónsul, in Almería, southeast Spain, have attracted Hollywood as well as tourists. Located in the Cabo de Gata natural park, the beach has appeared in dozens of films, including Indiana Jones and the Last Crusade. The beach is a geological marvel and a fantastic place to see the volcanic legacy of this coastline. 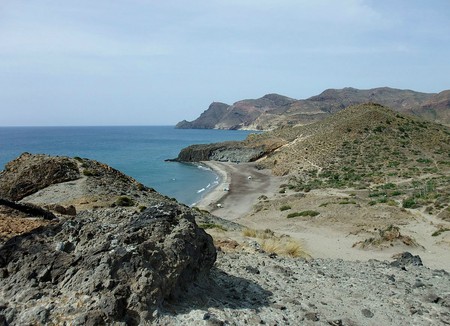 The pristine white sand of Playa de Ses Illetes on the island of Formentera, in the Balearic Islands, is regularly lauded as one of the best beaches in Spain. In 2017 it came second in TripAdvisor’s Traveller’s Awards for best beaches in Spain (just behind Playa de la Concha, above). The beach is located with the Ses Salines natural park. 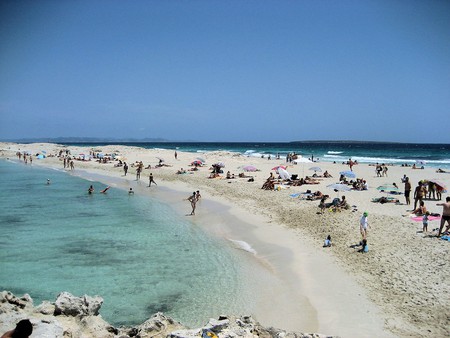 This off-the-beaten-track beach on the island of Fuerteventura is one of the most famous beaches in the Canary Islands for its unspoilt expanse of sand and spectacular setting. While it can be difficult to reach (you access the beach via a rough track which is better tackled in a 4×4 vehicle), it is worth the journey. The beach is bordered by the dramatic peaks of the Jandia mountains – the highest on the island.

The dramatic rock formations of Playa de las Catedrales in Galicia make it a must-visit beach in Spain. The beach’s name translates as ‘beach of the cathedrals’ for its rocks, which have natural arches that visitors can walk through and weave around. The arches have been sculpted over thousands of years by the Cantabrian Sea. 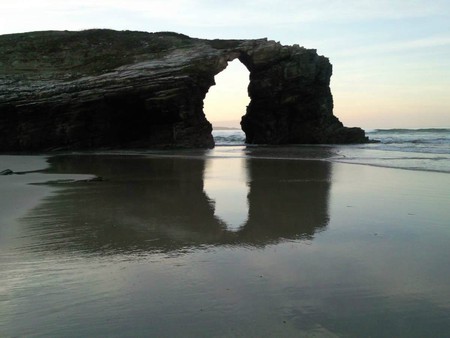