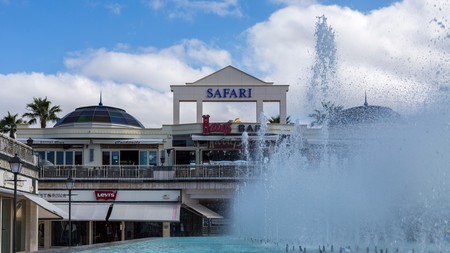 Safari outdoor commercial centre has its own bar, Harry's, once you're done with shopping | © Phil Crean A / Alamy Stock Photo

A holiday exploring Tenerife’s beaches, mountains, watersports and hilltop villages is guaranteed to leave you feeling a little thirsty – good thing there’s an abundance of quirky bars to enjoy.

As the most visited island in the Canary Islands archipelago – for good reason, with its sandy bays, mountainous landscape and almost-year-round sunshine – Tenerife knows how to show its 6m annual visitors a good time while they’re on holiday. Here, a bar might mean a pumping nightclub, a chilled-out lounge complete with live Spanish guitar, a craft beer pub, a family-run winery or a hidden perch in the hills facing the sunset. Whatever your taste or tipple, there’s a watering hole for you. Here’s our list of the best bars in Tenerife. 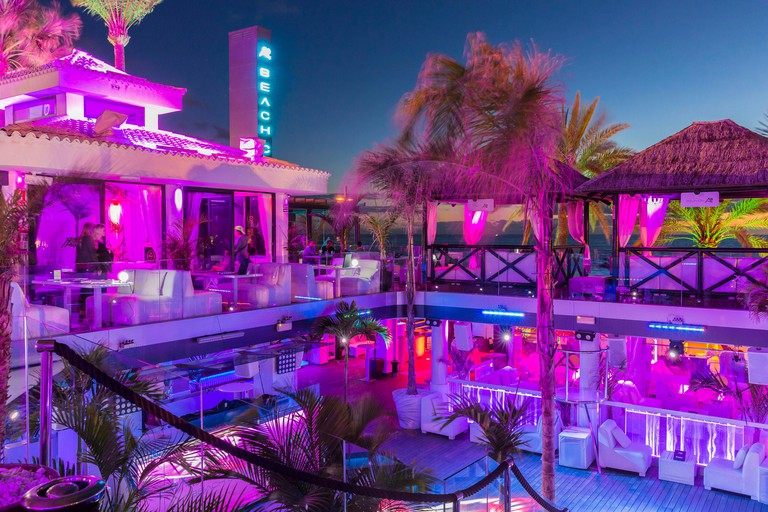 Staying in one of the south coast resorts? An upmarket choice for nightlife is the Papagayo Beach Club, a restaurant, bar and nightclub – all rolled up into one hedonistic playground. The scene by day is beachy: white lounge furnishings face the sunset view, where many come to sip fresh-mint mojitos. After dark on weekends, you can hit the open-air dance floor and dance to deep house or reggaeton spun by an impressive list of rotating DJs. There’s a nominal cover charge and VIP areas should be reserved in advance.

This charming, urban spot in the heart of Santa Cruz de Tenerife is a great place to relax, especially for those arriving by cruise ship – the terminal is nearby. There are other notable wine bars in the city like Vinoteca El Gusto Por el Vino, but Wine and Cheese delivers on authenticity – especially given its cobblestone location near the 17th-century church of St Francis of Assisi. Pop in for a look around the stunning baroque architecture and snag a table on the leafy terrace for a glass of Rioja and a simple cheese plate.

Santa Cruz de Tenerife also has more than its fair share of nightlife, in the form of discos and lounges. One stylish place combines both in a multi-level space playing various types of dance music. Among relaxed tiki decor and colourful lighting, patrons can choose a table, pull up a stool at the A-frame bar or head to the dance floor. Either way, staff will make the rounds to take orders which include a variety of tropical drinks that match the motif. Shisha pipes and a selection of small plates are also available. 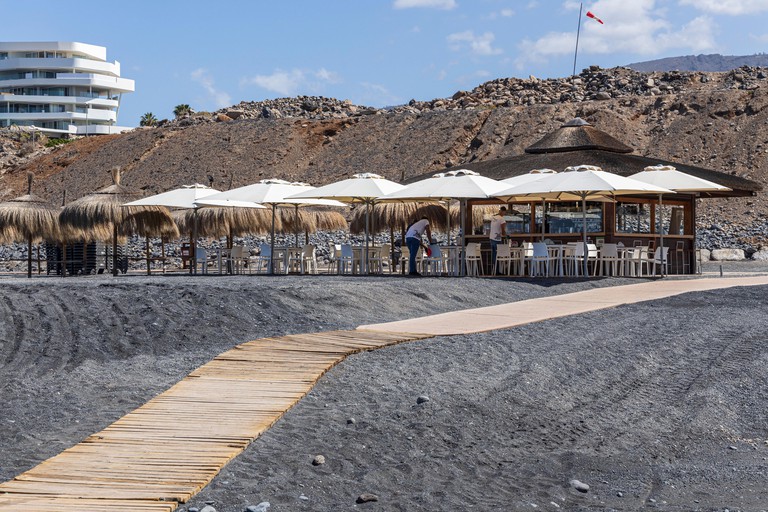 The popular south coast resort area of Costa Adeje is home to many notable beach bars, including Coqueluche – a chilled space with occasional live music that doesn’t turn into a nightclub after dark. This is a true beach bar that’s best appreciated during the day, when they serve coffee drinks, mocktails and fresh fruit cocktails, while paragliders lift off and land nearby. Come early for sunset when crowds arrive to order sundowners. The drinks are on the expensive side, but the views of the dipping peach sun are worth it.

This adults-only spot with panoramic views is your place for an upscale aperitif while mingling with the well-heeled locals. Order from a menu of impressive signature cocktails while you check out the futuristic decor, including a floating infinity pool that adds to the decadent vibe. The spacious terrace presents a range of musical acts during the weekends in the form of jazz, lounge and deep house.

This little haunt on the northwest coast is slightly off the beaten track, requiring a 15-minute uphill climb from the heart of Puerto de la Cruz. You’ll be rewarded with a truly local scene and breathtaking views in every direction. The best time to visit is at sunset when you can sip sangria or German beer while nature puts on a splendid visual show over the Atlantic. Come earlier for coffee drinks and smoothies – there’s also a limited food menu.

This waterfront rooftop bar in Puerto de la Cruz is aptly named, as it’s located on the 10th floor of the Atlantic Mirage Hotel. Locals and tourists are drawn to the extensive and colourful cocktail list, as well as champagnes served by the glass or bottle. The open layout has inviting views of the pool, ocean and Mount Teide – Spain’s highest peak – which is best enjoyed with a DJ playing chilled-out house in the background, with dance performers in tow. After a sundowner cocktail, head to the hotel’s Cumai Restaurante to continue your night out.

Craft beer fans will be in heaven at this pint-sized bar in San Cristobal de la Laguna – simply La Laguna for short – which features a wide selection of European and American IPAs, lagers, stouts, and sours. Many are served in colourful cans to be enjoyed al fresco, though indoor seating is also available. If you don’t know what you like to drink, the knowledgeable staff will happily make global suggestions based on your beer preferences. It’s a fun pit stop when exploring La Laguna’s Unesco-listed colonial streets by foot. 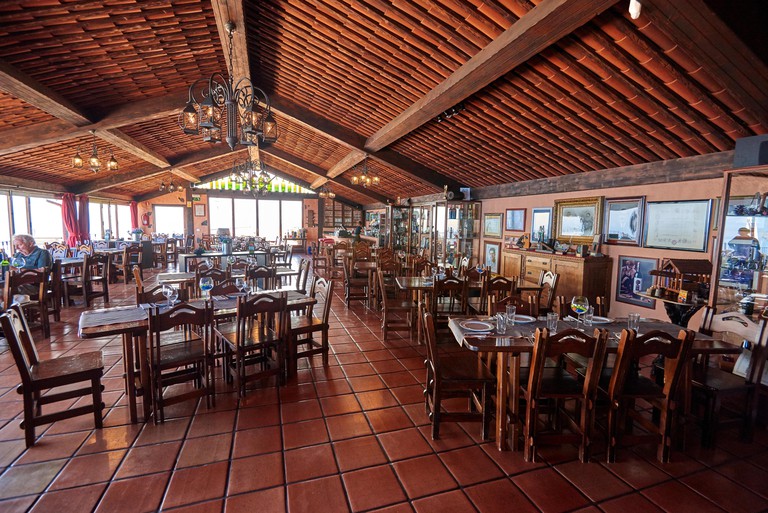 Though not technically a bar, this family winery in the green hills near El Sauzal offers the chance to experience a local winery in the vicinity of mountains and the sea. The outfit is run by Felipe Monje – a fifth-generation winemaker who oversees the production of grapes grown in volcanic soils and fermented in old oak barrels. Monje offers several options for how to experience the vineyards and the wines – mostly reds – such as guided group tastings, private tastings and reservable wine tours with cheese pairings. Or simply have lunch at the onsite restaurant and order wine with your meal while enjoying the views.

This cocktail, beer and sports bar in the outdoor Safari shopping centre is practically an institution and considers itself to be the most popular pub in Tenerife. It’s nice enough for those who want a balcony seat for a prime view of the nightly fountain show that takes place below, and yet approachable enough for a constant rotation of sports on the TV. The extensive drinks list includes international beers, Caribbean cocktails, negronis and after-dinner spirits at a decent price that will tempt you to stay for a few rounds. If the fountain show is what you’re after, double-check the time and make sure to come early as tables fill up fast.