The 8 Most Unusual Museums In Valencia

Ciudad de las Artes y las Ciencias, Valencia © Diliff
Beyond its famous monuments and tourist sites, Valencia and its neighborhood offer a wide range of culturally suggestive and unusual museums. Mostly related to traditions, festivities or the typical dishes of the city, each are intriguing for their unique characteristic. Here are eight of the most unusual museums in Valencia.

Museum
Situated near the harbor of the city, the Museo Del Arroz is entirely dedicated to rice. Aiming to explore the history and the various mechanics related with the processing of this cereal, the museum elevates the importance of this aliment and its central role in the Valencian cuisine. Instructive and educative, the Museo Del Arroz exposes many old, yet restructured machineries intended to process rice.
More Info
Open In Google Maps
3 Carrer del Rosari, València, Comunidad Valenciana, 46011, Spain
+34963525478
View menu
Visit website
Visit Facebook page
Send an Email
Give us feedback
Tue:
10:00 am - 6:57 pm
Wed - Sat:
10:00 am - 2:00 pm
Wed - Sat:
3:00 pm - 7:00 pm
Sun:
10:00 am - 3:00 pm

Established in 1929, the Museo Taurino is one of the richest and oldest museums regarding the art of bullfighting throughout Spain. It collects instruments from the 18th, 19th and 20th century and explores deeply the history and features of this unique Spanish tradition. Moreover, being adjacent to the Plaza del Toro (Bulls’ Square), which is a still functioning bull fighting arena, it is easy to reach and surely worth-a-visit. 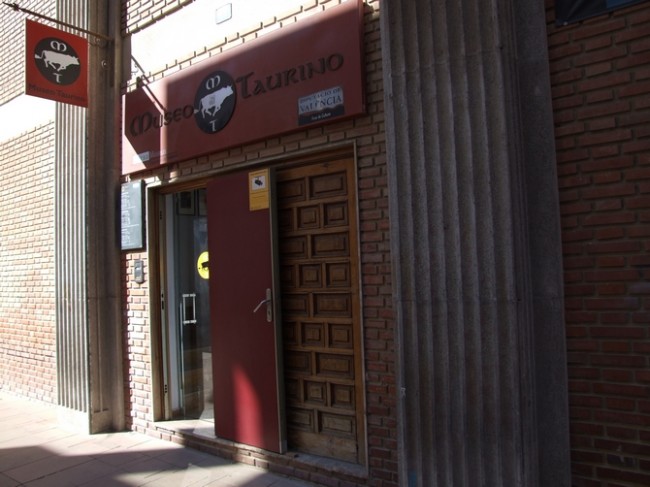 Museum, Historical Landmark
The Water Tribunal | © mikel ponce/WikiCommons
Literally translatable to: The Water Tribunal of Valencia. It is not a museum in the sake of it, however it utterly fits in the list for its unusual, yet historical and traditional purposes. As the name suggests, the Water Tribunal is a customary court formed by a representatives from each of the irrigation communities of Valencia. The Tribunal meets every Thursday at Casa Vestuari, just in front of the Cathedral of Valencia, where the right distribution of water among the fields around Valencia is being discussed. Performed in Valencian language, it is a weekly exhibition of tradition and culture.
More Info
Open In Google Maps
Plaça de la Verge, València, Comunidad Valenciana, 46001, Spain
+34963914445
View menu
Visit website
Visit Facebook page
Send an Email
Give us feedback

Museum
La Casa De Las Rocas is dedicated to the Corpus festivity, namely one of Valencian main traditions. These celebrations take place in Valencia every year, 60 days after Easter, since 1263. Notwithstanding, the procession of the colorful Rocas (carts) has been established only from 1355. In La Casa De Las Rocas the carts are exposed as well as the traditional costumes worn during the procession. Moreover, the museum offers historical photographs and illustrations which help the visitor to discover everything about the Fiesta Grande (Grand Party)– ancient name used referring to it.
Looks like it's closed Hours or services may be impacted due to Covid-19
More Info
Open In Google Maps
3 Carrer de les Roques, València, Comunidad Valenciana, 46003, Spain
+34963153156
View menu
Visit website
Visit Facebook page
Send an Email
Give us feedback

The Museum of Sciences of Prince Felipe is part of the The City of Arts and Sciences. The whole complex, designed by Santiago Calatrava, comprehends seven different buildings: the Palacio de las Artes Reina Sofía, the Hemisfèric, the Umbracle, the Oceanogràfic, elÁgora, the bridge of Assut de l’Or and The Sciences museum. Even though each building strikes for its original structure and educative purposes, the Sciences museum is probably the real core of the complex. Projected to resemble the skeleton of a whale, it astonishes for its imposing dimension and its singular design. Having an area of almost 40,000 square meters, the Museum of Prince Felipe offers all the exhibitions entirely graphically displayed. Moreover it covers a wide range of subjects, from old school science to recent climate problems.

Museum
Situated outside the city; Alguería el Machistre presents itself as a simple house of the Valencian country side. Dedicated to preserve the agricultural and gastronomic traditions of the city of Valencia, it contains the Museum of Horchata y Chufa. Horchata is a typical refreshing drink made from tigernut (Chufa). In Algueria el Machistre the instruments and techniques used for producing Horchata are exposed and described, as well as all the different ways of cultivation of thetigernut. The beautiful and calm surroundings along with the peculiar museum make Algueria el Machistre a perfect place to spend a sunny Valencian afternoon.
More Info
Open In Google Maps
Alboraia, Comunidad Valenciana, 46120, Spain
+34655570761
View menu
Visit website
Visit Facebook page
Send an Email
Give us feedback

Museum
Established in 2007, the Museum of Almoina offers the chance to survey over 2,000 years of history of Valencia in a unique way. Designed by Jose Maria Herrera Garcia, the whole building has been constructed just above an archaeological site. Following the plans of Jose Garcia, part of the contents of the museum are visible from the outside. Therefore, while walking in the center of Valencia, you may find yourself glancing at the rest of the ancient Roman forum just beneath your feet.
Looks like it's closed Hours or services may be impacted due to Covid-19
More Info
Open In Google Maps
s/n Plaça de Dècim Juni Brut, València, Comunidad Valenciana, 46003, Spain
+34962084173
View menu
Visit website
Visit Facebook page
Send an Email
Give us feedback

Museum
Tradition wise, the Museo Fallero is probably the most Valencian museum. As its name suggests – Fallas Museum – it is strictly related with the renowned festivity of Las Fallas; which takes place every year in March. The Museo Fallero is the ‘retirement home’ for those Fallas (monuments) which have been saved from being burnt with the rest. The museum guarantees the visitors a rich and informative summary of the celebration, also thanks to the several photographs and suggestive videos.
Looks like it's closed Hours or services may be impacted due to Covid-19
More Info
Open In Google Maps
4 Plaza Monteolivete, Valencia, Comunidad Valenciana, 46006, Spain
+34963525478
View menu
Visit website
Visit Facebook page
Send an Email
Give us feedback
Give us feedback