The Best Moments Of The 1992 Olympics 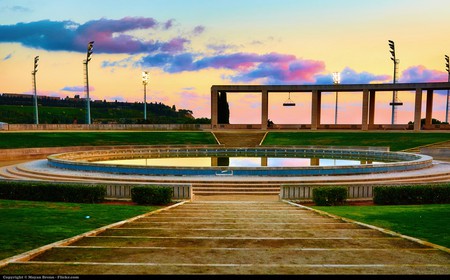 The Olympic Games came to the Catalan capital Barcelona in 1992 in what became a pivotal moment for the city, transforming it into the modern cosmopolitan hub it is today. From heartwarming displays of camaraderie to record breaking performances, we reflect on some of the most memorable moments of the 1992 Barcelona Olympics.

One of the 1992 Olympic Games’ most defining moments came early on when during the opening ceremony, the Spanish tenor Alfred Kraus, originally from the Canary Islands, sang the Olympic hymn in both the Spanish language, also known as Castilian, as well as the local language of the region, Catalan. Although the Catalan language is now co-official in the region, its use was prohibited during the time of the Francoist dictatorship and its use became a symbol of Catalan pride. This was a poignant performance which captured the hearts of the local audience.

The iconic lighting of the flame

Another of the most memorable moments of the Barcelona games came during the opening ceremony when the Olympic torch was for the first time lit by a flaming arrow, shot by the paralympic Spanish archer Antonio Rebollo. While this was one of the most iconic images of the opening ceremony, the arrow was in fact intentionally over-shot and did not itself light the flame as the organizers were fearful that if missed, it may have caused a fire in the grandstand. Remarkably, few at the event noticed this well-orchestrated maneuver and this remains one of the most favorite moments from the games.

The end of Apartheid

For the first time since 1960, South Africa was allowed to compete in the Olympic games after the lifting of a ban which had been imposed on the country in protest against the system of racial segregation known as apartheid. One of the most enduring images of the games came at the end of an extremely close women’s 10,000 meter event, when black Ethiopian winner Derartu Tulu beat her competitor, the white South African Elana Meyer, becoming the first black African woman to win an Olympic gold medal. However, the most memorable moment came seconds later when, hand in hand, the two ran their victory lap together, signifying the dawn of new hope in Africa and capturing the essence of the Olympic spirit.

The 1992 Barcelona Olympics were the first games in which, following a somewhat controversial change to the rules, the professional players from the National Basketball Association (NBA) were allowed to compete. This meant that the best players in the world at the time were on show and the American men’s basketball team, also known as the so-called Dream Team, lead by Michael Jordan, Larry Bird, and Magic Johnson easily won gold. The entire team would subsequently go on to be inducted as a unit into the basketball hall of fame.

Scherbo steals all the Gold

It was during the Barcelona 1992 games that gymnast Vitaly Scherbo gave one of the most impressive performances in Olympic history when he won six of the eight possible gold medals in artistic gymnastics, namely the team event, the all around, pommel horse, rings, vault, and parallel bars – four of which were all won on the same day. The athlete, who originated from the then recently dissolved USSR was competing for the Unified team as his own country ( the actual Belarus) did not yet have its own Olympic team. To date, only two other Olympians have ever won more Gold medals than Scherbo did that summer.

Sometimes the best moments come when you’re least expecting them. Not among the favorites at the start of the games, 23-year-old runner Fermin Cacho Ruiz won Spain’s first ever Gold medal in a running event when the unfancied local hero sprinted away from the field to take gold in the men’s 1500 meters. He later went on to be one of Spain’s greatest ever athletes, winning silver in the next Olympics in Atlanta in 1996.

Finally, 1992 Summer Olympics created one of the most well-remembered and defining images of the modern Olympic era. In the men’s 400 meter semi-final, one of the favorites for the medal, Derek Redmond, tore his hammer-string about halfway into the race. He ground to a halt and fell to the ground, bent over in excruciating pain, but as medic’s started to make their way towards him, he suddenly decided to finish the race. He began to hobble to reach the end when, in a heartwarming moment, his father, who had been watching from the stadium barge passed security to assist his son in finishing the race. They were greeted at the finishing line by a standing ovation from the entire stadium and have gone down in Olympic history.