The Best Ramen Bars In Barcelona

Sapporo Miso Ramen|Courtesy of Ramen Shop
Is there anything more instantly satisfying than a steaming bowl of ramen? Despite its status as a humble student staple, this classic Japanese comfort food is the latest culinary craze to take hold of Barcelona, with dedicated soup shops popping up citywide. Salty, savory and devoured at a quick pace, an awful lot of effort goes into this seemingly simple street food, from the tender chashu pork to the handcrafted noodles. Here’s a handful of hotspots that have perfected that umami taste in Barcelona.

Bar, Restaurant, Ramen
Shopfront | Courtesy of Grasshopper
From the long wooden bar to the solid supply of sake lining the walls, you could easily imagine yourself in downtown Kyoto at this tiny bar in the Born district of Barcelona. As the latest addition to the ever-expanding Mosquito clan (who are behind several of the city’s Asian-influenced outlets), Grasshopper eschews fuss and focuses purely on supplying authentic Japanese ramen in the standard styles: shoyu, shio and miso. Sides are kept equally simple and satisfying, with crispy gyozas and kimchi-loaded tofu beefing up a menu which is accompanied by botanical beverages by Fentimans and craft beer from the likes of BeerCat and Brew Home.
More Info
Open In Google Maps
9 Plaça de la Llana, Barcelona, Catalunya, 8003, Spain
Visit website

Some say it’s the best bowl in Barcelona, but we’ll leave that for you to decide. Hiroshima native Hiroki Yoshiyuki is the soup master around these parts, having launched this place as the city’s first dedicated ramen shop, which despite humble appearances is no small endeavor. With each component made from scratch, a lot of love goes into the delicate chicken and pork broth, slow-braised chashu, and handmade noodles, all tailored to taste with additional toppings such as tofu, egg, narutomaki and butter. Proof that all this effort has paid off can be seen by the crowds that pack Ramen-Ya HIRO. It isn’t uncommon for people to wait outside for up to an hour to get their fix, so get there early to secure a seat. 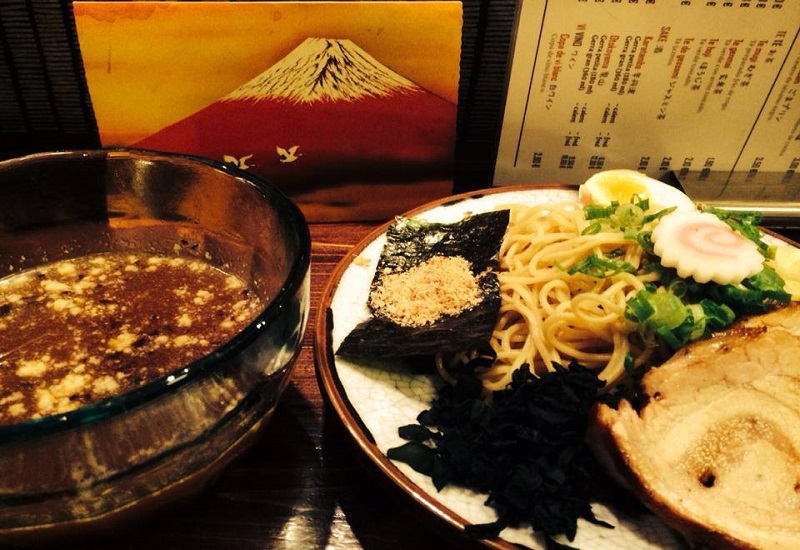 You would never know that a duo of Irish guys and a Swede were the driving force behind this hip joint in the Gothic quarter, where the soup tastes as authentically Japanese as anything you might sample in the Land of the Rising Sun. Outside, a bright neon ‘ramen’ sign declares Koku Kitchen’s raison d’être, whilst inside, shared seating and welcoming staff create the perfect laid-back atmosphere for slurping homemade noodles from a steaming savory broth. Scrawled on a wall-sized chalkboard, their menu runs the usual gamut of flavors (miso, shoyu and a tongue-tingling picante), but the miso version, with its creamy mix of tonkotsu pork bone broth, soybean paste and melt-in-the-mouth meat is a particular star of the show. 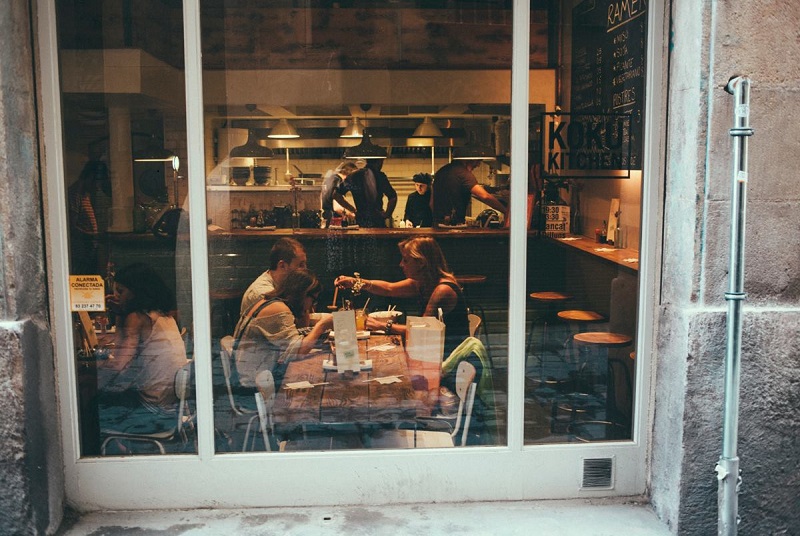 Stark white walls and sleek communal benches make up this refined ramen spot in Barcelona’s Eixample area, which specializes in the namesake broth, Tonkotsu. Run by a Catalan couple with a taste for this rich, pork bone base, it takes eight hours to perfect their emulsified and creamy soup, which is then sprinkled with a familiar array of slow-cooked chashu, egg and spring onions. Although portions veer a little on the small side, there’s plenty to pick from on the Asian-inspired street food menu, which covers all corners of the continent with dishes such as Vietnamese summer rolls, grilled scallops and fried noodles. For those who like a bit of kick in their dinner, the spicy tantan-men soup is well worth ordering;deliciously fiery and definitely moreish. 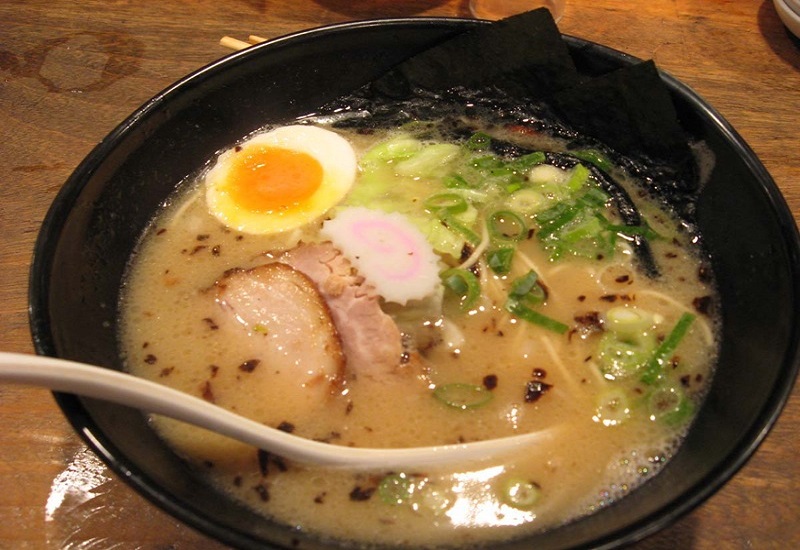 Restaurant, Ramen
When it comes to restaurant names, it’d be hard to make a clearer statement of intent than that of Ramen Shop. This minimal joint in the Gothic quarter offers a generous set lunch menu, allowing diners to pick a starter (gyozas, seaweed salad, edamame…), a ramen of their choice and a drink, all for a very reasonable ten Euros. But being budget-friendly doesn’t mean the place compromises on quality; each of the seven styles of ramen,including Tokyo, Sapporo, Yokohama and Hakata,hit exactly the right aromatic note.
More Info
Open In Google Maps
3 Carrer d'en Gignàs, Barcelona, Catalunya, 8002, Spain
+34931157884
Visit website

Bar, Restaurant, Asian, Ramen, $$$
Restaurant interior | Courtesy of Red Ant
The great thing about Red Ant is the varied menu of Chinese, Thai, and Korean-style tapas that allows patrons to dip into dishes such as steamed buns with pork belly, spicy larb and bibimbap, washed down with a decent collection of craft beers on tap and by the bottle. In terms of atmosphere, think trendy yet relaxed, and if you’re hoping to make some new foodie pals, you’re in luck, tightly-packed tables ensure you’ll be talking to your neighbor in no time at all.
More Info
Open In Google Maps
5 Carrer dels Tiradors, Barcelona, Spain
+34935016860
Visit website