The 10 Most Beautiful Castles In Spain 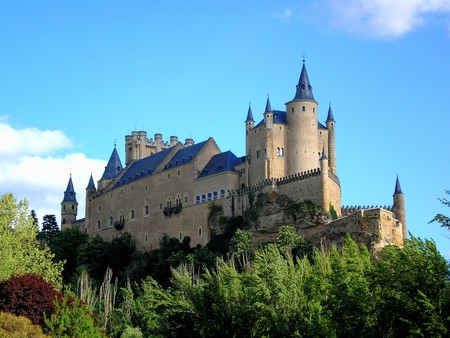 Each beautiful castle in Spain can be tied to a major event in the country’s history. Home to more than 2,500 castles, it’s not easy deciding which fairytale fortress to add to your itinerary: here’s our guide to some of the best.

Though many castles in Spain were built in Islamic style, the Castle of Coca is predominantly Christian in architecture, complete with an attractive exterior made entirely of brick. It was built in the 15th century, a representation of undeniable luxury, its tan walls standing out among their surroundings. One of the biggest protection points of this castle was the 40-foot-deep moat, which you can admire on your visit. 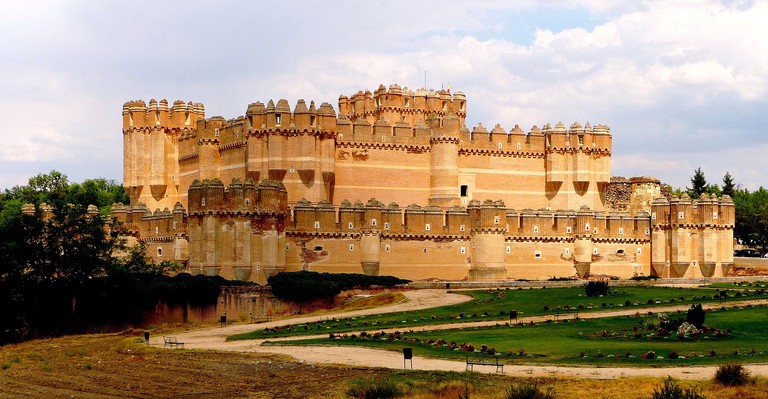 Alcazaba of Málaga, or ‘Citadel of Málaga,’ is the most well-preserved citadel in Spain. The entire castle is enormous and can be seen from far away, as it sits on top of a hill overlooking the sea. This castle has several notable quirks: its courtyard, the Torre Del Christ; the Cuartos de Granada; and, to the side of the entrance, a Roman theater that dates back to the 1st century. 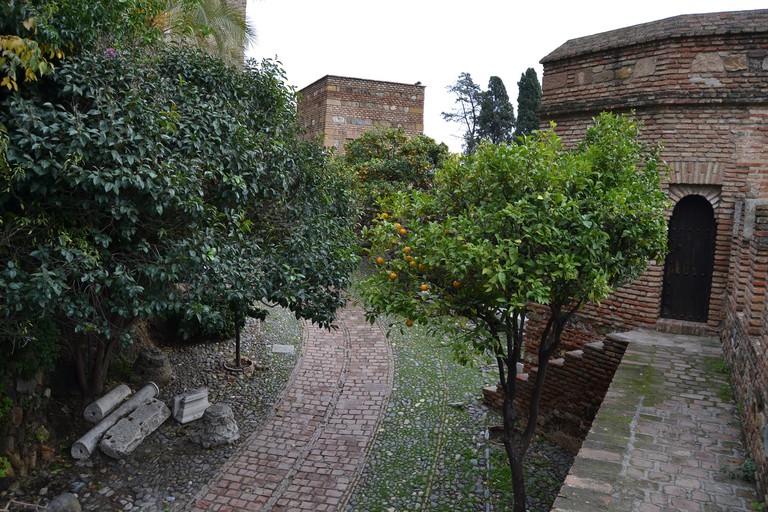 Castillo de Colomares was built by an expat named Dr. Esteban Martín y Martín, who wanted to see something bigger and better dedicated to the man who discovered his home, the Americas. The entire exterior of the castle is awesome, but don’t forget to visit the church inside, which holds the Guinness World Record for the Smallest Church in the World! The castle was made in all four significant Spanish styles: Byzantine, Romanesque, Gothic and Mudéjar. 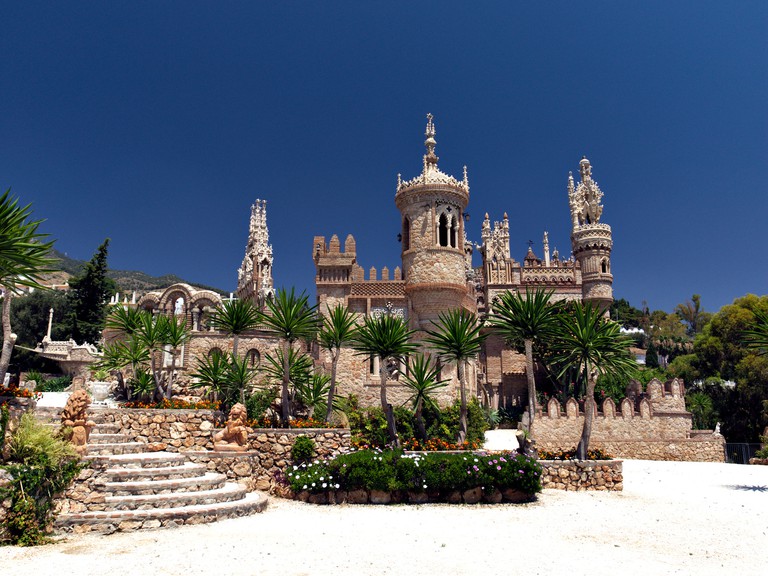 The Castillo de Peñíscola is the highlight of this small beach town in Valencia. Spend the morning exploring the castle and then enjoy the afternoon at the beach. Pope Benedict XIII lived here until his death in 1423 and since then, the castle has been restored several times.

Ponferrada Castle, or Castillo de Ponferrada, is the last stop on the French route of Camino de Santiago. It’s located in the town of El Bierzo, which was once a huge mining town during the Roman Empire. The castle itself is absolutely magical, as are the endless mountains surrounding it. Though it might take you a bit of a hike to get there, you’ll be mesmerized the second you walk through the two towers that form the entrance. 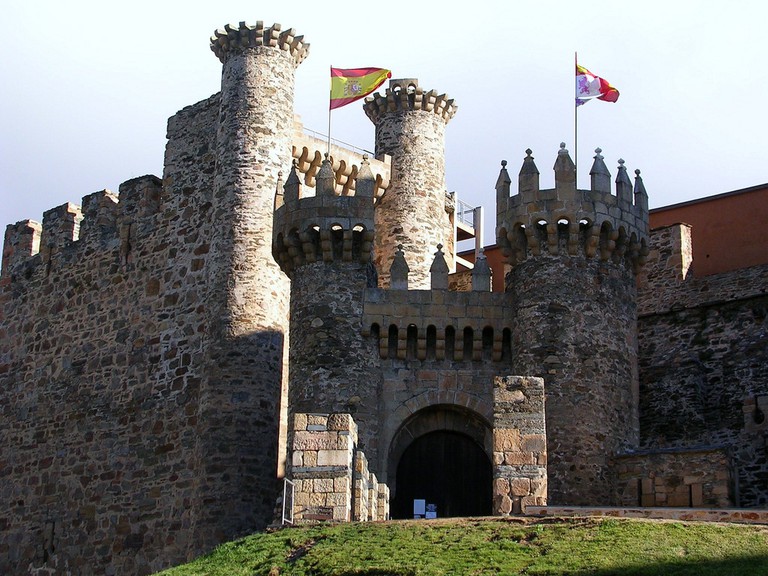 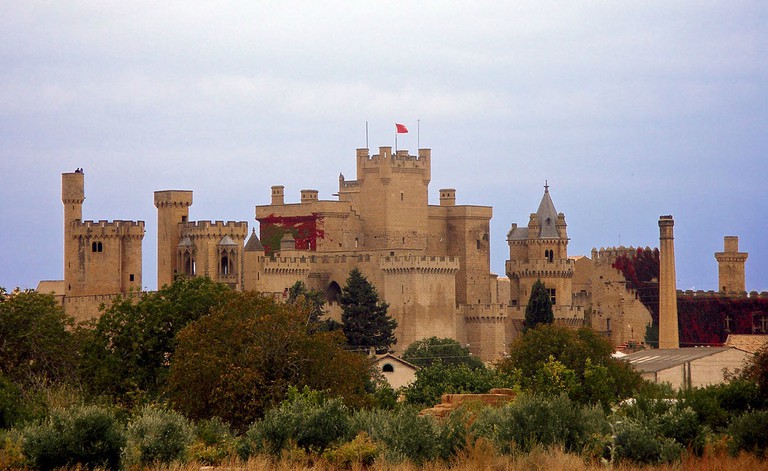 The Palace of Olite | The Palace of Olite
The Royal Palace of Olite was once the most luxurious castle in Europe. Built in the 12th and 13th century, it was the seat of the court of the Kingdom of Navarre, which was ruled by Charles III ‘The Noble.’ Back then, it had majestic gardens, jousts, and even a zoo! Though it’s not quite the entertainment hub it was in those days, visitors will still be in awe of the tall towers and design of this marvelous castle.
Open In Google Maps
Plaza de Carlos III 'El Noble', Olite, Spain
+34948740035
Give us feedback

Burgalimar Castle, which can be found in Baños de la Encina, is the second-oldest castle in Europe and one of the best-preserved medieval castles in Europe. It’s a Moorish castle that dates back to 968, built on the order of caliph Al-Hakam I. The castle has passed through many ruling hands over the centuries but when you arrive you will still see the original oval shape of its mortar walls, as well as its 14 towers. 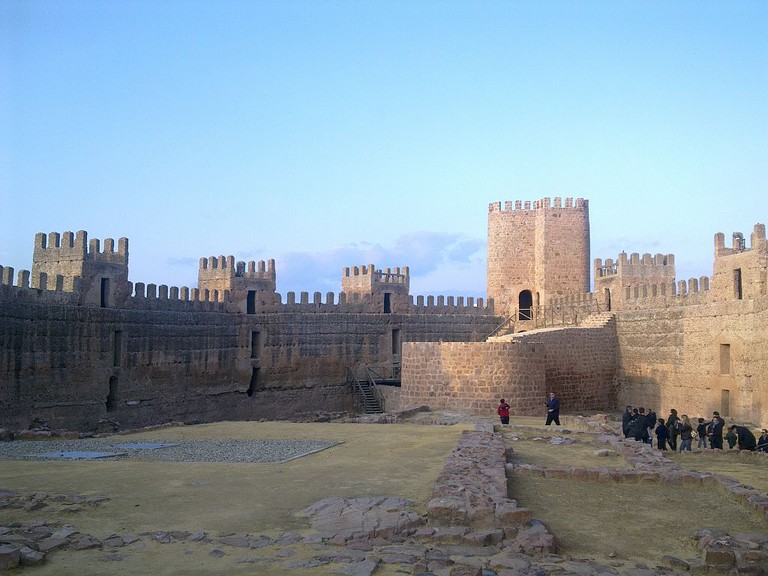 Overlooking Granada, La Alhambra is a UNESCO World Heritage Site that has influenced film, music, literature, art, and even video games throughout the world. The castle was created in a true Andalusian style, and you’ll be blown away by its extraordinary architecture and captivating interior, built during the 13th century. The structure is an authentic Islamic castle and has been called ‘a pearl set among emeralds’ – the trees being the gems surrounding this beauty. 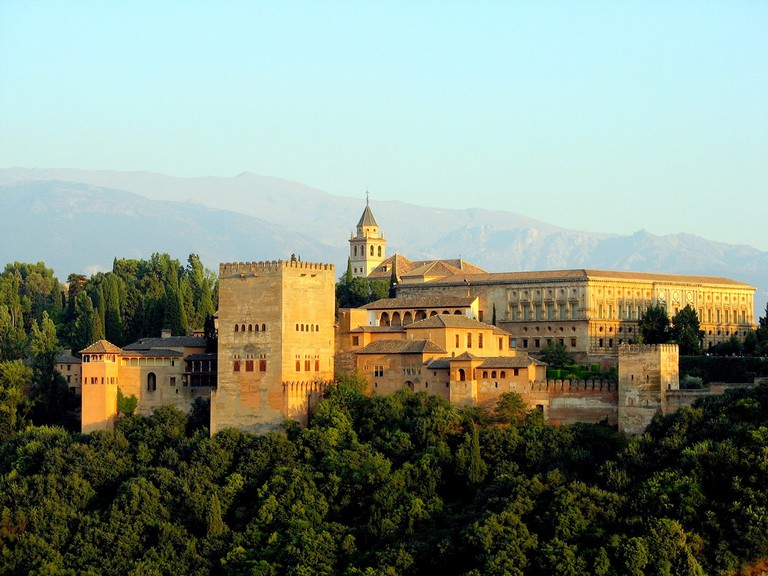 If you’re looking to find something truly magical, then spend a day at the charming Loarre Castle in the foothills of the Pyrenees. It dates back to the 11th century and is one of the most remarkable castles in the entire province. Though it has been restored quite a few times, there are two original towers that stand, providing awesome views of the surrounding land. 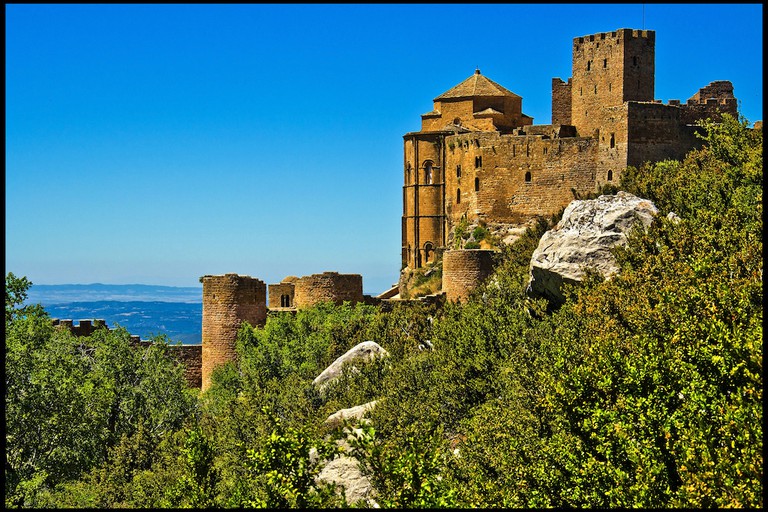 Alcázar of Segovia is probably one of the most recognizable castles in the country. It’s said to be the castle that inspired Cinderella’s castle, the symbol for Disney. It’s one of the only castles in Spain that was used as more than a fortress, since royalty once called it their home. Walk through the castle and see the famous rooms, all while pretending you’re Isabella I during the 1400s.