The 10 Best Art Museums in Malaga

José Antonio Moreno, flickr
Boasting more than 30 museums, Malaga is Andalusia’s leading cultural and historical hub. Its huge range of art museums is one of the city’s most fascinating offerings – and is by no means limited to showcasing the work of Pablo Picasso, Malaga’s most famous son. Here is our guide to the most interesting art museums this endlessly stimulating city has to offer.

Situated in an elegant 16th century palace in the heart of Malaga’s old town, the city’s best-known gallery has a permanent collection of paintings from every period of Picasso‘s eclectic career. Malaga’s most famous son was born just a few minutes away from the museum, on Plaza Merced. Over the next three years, Museo Picasso Malaga will be displaying a further 166 of the artist´s works.

Museum
Puzzling installations at Malaga´s CAC museum; Martin Haisch, flickr
Exploring the artistic trends of the 20th century, CAC‘s permanent collection is particularly strong on international artists from 1950 to the present (think Damian Hirst and Thomas Ruff) and Spanish artists since the 1980s, with a focus on local, Malaga-born talent. The works – which include sculpture and installations – are displayed in futuristic white rooms and are complemented by a full events and educational calendar along with temporary exhibitions promoting Malaga’s up-and-coming artists.
More Info
Open In Google Maps
S/N Calle Alemania, Málaga, Andalucía, 29001, Spain
+34952208500
Visit website

Last year, Malaga’s Museum of Fine Arts was combined with the region’s archaeological museum, both of which are now housed in a grand palace just off the port’s Palm Garden of Surprises. The joint offering is now simply called the Museo de Malaga, and houses 2,000 works in the fine arts section and 15,000 pieces in the archaeology rooms.

Opened in March 2015 as an outpost of the original Pomidou Centre in Paris, one of Malaga’s most innovative and exciting art museums is located in a massive multi-coloured cube at the heart of the city’s vast port. But this is not the only reason why Malaga´s Pompidou Centre is such a stimulating and pleasurable place to visit; the permanent collection, which is imaginatively organised by theme rather than chronologically, features 90 works by heavyweights such as Francis Bacon, Marc Chagall and of course, Malaga’s favourite son Pablo Picasso. All this, right in the centre of Malaga’s stunning port area, makes the Pompidou one of the city’s best public spaces. 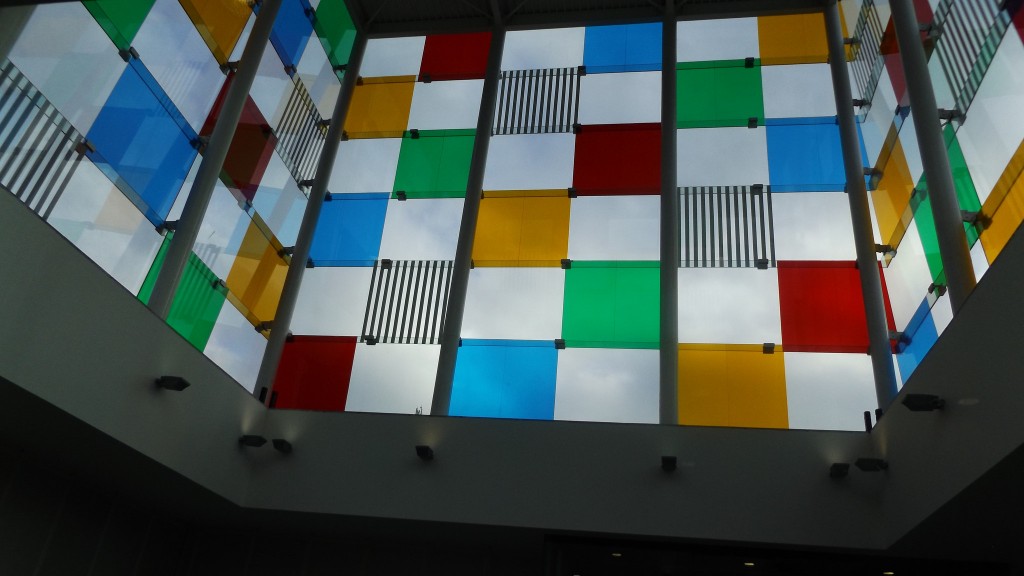 Museum
Carmen Thyssen Museum, Malaga; Pixabay
For a fascinating look into Andalusia’s past, as captured by some of the region’s greatest painters, head to the Carmen Thyssen Museum. The permanent collection focuses on depictions of southern Spanish life and culture in the 1800s. One exhibition showcases works in the romantic style that prevailed in the first half of the century, with some wonderful scenes of rural Andalucia by Manuel Barrón y Carrillo; another looks at the realism adopted by artists working in the latter half of the century, with some important works by Mariano Fortuny Marsal.
More Info
Open In Google Maps
10 Calle Compañía, Málaga, Andalucía, 29008, Spain
+34902303131
Visit website

Museum
For an exhaustive survey of local art from the 15th to 20th centuries, this modernist-looking museum facing Malaga’s stunning port is where you want to be. The permanent collection is superbly laid-out over three rooms, which focus on the 15th-18th, 19th and 20th centuries in turn. Early and late works of Picasso are explored in the second and third rooms respectively. The gallery’s temporary exhibitions take a rather different tack; at the time of writing, for example, a recreation of winter sports events celebrated in Malaga between 1945 and 1977 is running.
More Info
Open In Google Maps
1 Paseo Reding, Málaga, Andalucía, 29016, Spain
+34951928710
Visit website

Museum
The only art museum in Spain to focus solely on the expressionist movement bears the name of the influential local artist (b.1941) who now splits his time between Malaga and Hamburg. Rando is considered a pioneer of Spanish expressionism and this colourful, challenging gallery devotes itself to his works and to those of other important expressionist painters and sculptors from around the world.
More Info
Open In Google Maps
12 Calle Cruz del Molinillo, Málaga, Andalucía, 29013, Spain
+34952210991
Visit website

Museum, Art Gallery
One of Pedro de Mena´s religious sculptures; Paul Hudson, flickr
This museum takes its name from Felix Revello de Toro (b. 1926), a Malaga-born artist who in 2002 was awarded the title of “Favourite Son” by the regional government of Andalusia. The permanent collections features 142 of his works, including his distinctively erotic studies of the female figure. The other focus of the museum is the 17th century Granadino sculptor Pedro de Mena, in whose former house and studio this lovely museum is located. Mena produced important religious sculptures from his Malaga workshop, but is perhaps best remembered for designing the choir stalls in the city’s huge cathedral.
More Info
Open In Google Maps
5 Calle Afligidos, Málaga, Andalucía, 29015, Spain
+34952062069
Visit website

Museum
Glass and Crystal Museum | © Tyk/WikiCommons
One of Andalusia´s quirkiest art galleries and museums takes you on a tour of beautiful glassware from different periods of history. Its 700-odd pieces range from Phoenician times to the present and are attractively displayed in rooms kitted out in the style of different epochs; on the ground floor, for example, are English pre-Raphaelite stained-glass windows. A fascinating and unusual museum, located in a cool and elegant 18th century Malaga house.
More Info
Open In Google Maps
2 Plazuela Santísimo Cristo de la Sangre, Málaga, Andalucía, 29012, Spain
+34952220271
Visit website

Museum, Library
The unassuming Malaga townhouse on Plaza Merced in which Picasso was born in 1881 and in which he spent his formative years is now a lovely little museum and gallery. It is split into three sections over three floors, one of which displays a selection of works by Picasso and his father, Jose Ruiz Blasco, who was also a painter and an art teacher. On the ground floor various trinkets from Picasso family life can be examined, whilst the top floor is a research centre and library.
More Info
Open In Google Maps
15 Plaza de la Merced, Málaga, Andalucía, 29012, Spain
+34951926060
Visit website
Book with our partner and we will earn a small commission.