Forget Carnival; La Mercè is one of the most spectacular street festivals to greet party-goers. Its intense and unique fusion of traditional Catalan culture with contemporary global artistry takes place annually on the streets of Barcelona, attracting people in the millions. Find out how the dazzling festivities began and how La Mercè has survived two hundred years to be the Catalan capital’s biggest party. 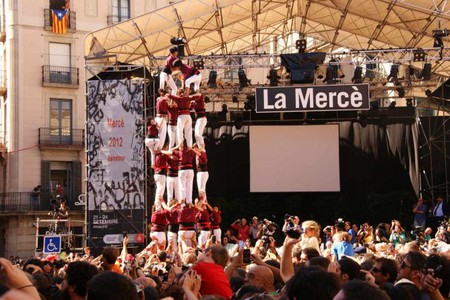 La Mercè rivals the likes of carnivals and epic street festivals around the world, with continuous firework displays, parades and flamboyant color! The spectacular show boasts Catalan culture and also gives the city the chance to show off one of their long-standing rituals: the pulsating creation of the castells (AKA human towers). Though Barcelona is home to several celebratory festivals year round, La Mercè is regarded as the city´s biggest party. Despite its magnitude, not many know how the festival began or the symbolic tradition behind its existence, including many Catalans. Discover the historical importance, traditional customs and unique entertainment involved in the festival, making La Mercè the next festival you should head to…and maybe schedule some post-party recovery time, too!

The festival began in the early 18th century as an honorary procession to the Virgin of Mercy, the patron saint of Barcelona. Legend has it that the saint was responsible for the liberation of Christians in the early 13th century, but more importantly played a role in fighting the plague in the 17th century. Citizens of Barcelona prayed for the aid of the Virgin of Mercy to rid the area from locusts, and rejoiced when the city overcame the infestation. The name Mercè was chosen in her honor, as it refers to service, help, forgiveness and other celebrated qualities. Though the name arose during the time of the plague, the official acknowledgment of the Virgin of Mercy as the city’s saint only occurred two centuries later, and became the start of unceasing annual celebrations in the city. 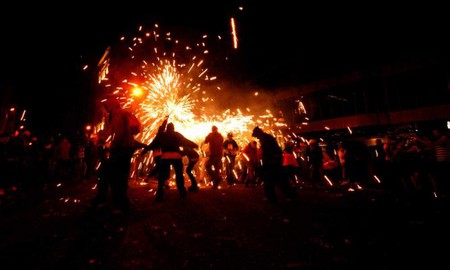 La Mercè has faced obstacles such as the Civil War and political dictatorships, yet has remained over time one of the city’s key attractions for both locals and tourists. It has been known to host up to two million acts and party-goers filling the streets who hope to catch a glimpse of the parade in action. The festival typically lasts for a week, leading up to the main festivities falling on September 24th each year. Though previous years felt the credit crunch and saw fewer preluding celebrations, La Mercè 2015 kicks off on September 18th, giving plenty of opportunities to marvel at the biggest party in Barcelona. Catalunya brings the celebrations to you for free, scoring further brownie points and making La Mercè even more unmissable. Small fees may be required for particular concerts or to satisfy drinking necessities.

True to tradition, each day of La Mercè festival offers a unique and mystical theme filled with costumes and giants floating around (locally known as gegants and capgrossos). Though boasting Catalan customs, La Mercè also welcomes acts from countries around the world such as Brazil, China, Cuba, Russia and many more. Barcelona becomes the intersection for creative flavor and artistic finesse, creating an infusion of global street entertainment through dance, bands, circus, parades etc. To further satisfy visual cravings, there are several chances to catch spectacular installations or see some of the most iconic buildings dotted around Barcelona lit up. Thrill-seekers may also find gratification from the correfoc (translated to fire-run) where fire-breathing dragons parade down Via Laietana, or the trabucaires who pass the street carrying blunderbusses. La Mercè’s originality and blend of innovation and tradition offers something for everyone.

Arguably one of the most distinctive characteristics of La Mercè is the city’s contribution to bringing people closer to the diverse beliefs and cultures that uniquely shape contemporary Barcelona. Each year, La Mercè invites one city to introduce their culture, artistry and talent to the people of the Catalan capital. Previous cities included Vienna, Saint Petersburg, Stockholm and more, with 2015 welcoming the unparalleled Buenos Aires, Argentina. Home to tango, steak and the neighboring city of Barcelona favorite, Lionel Messi, Buenos Aires is surely one to inspire you to take to the streets on the rainiest of days. 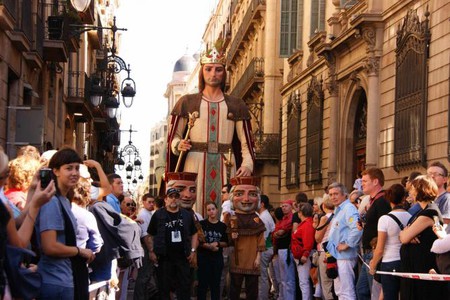 La Mercè 2015 is eagerly anticipated, and expected to commence with giants, ogres and mythical creatures dancing around Plaça Sant Jaume at 7 pm on September 18th. The amusing presentation is continued with seaside fireworks firing over Barceloneta beach at 10 pm. Starting the ball rolling with color and magic, regular light projection shows at Plaça Sant Jaume are due to take place every evening to ensure everyone is able to witness the imaginative illuminations. Traditional activities such as the Festa Castellera also takes place in Plaça Sant Jaume, Sunday the 20th at 12 pm – giving you the chance to witness first-hand breath-taking strength and balance in the form of a human pyramid! The supreme choir perform Sunday the 20th at 6 pm on Avenida Cathedral, with over 5,000 singers contributing to the federation of choirs rooted in Catalunya. The unprecedented correfoc or fire-run begins on Sunday the 20th at 8.30 pm in Plaça d’Antoni Maura and spreads its inferno intensity down Via Laietana down to Plaça d’Antonio López. The festival wraps up with a day filled with sensation and wonder, where you can further experience giants and castells of locals in Plaça Sant Jaume, Thursday the 24th from 12 pm. The grand finale falls at 10 pm on the final night on Avenida de Reina Maria Cristina, near Plaza Espanya where a magical and staggering array of fireworks complete with music and lights blanket the city with sparkle and emotion. Classic Catalan symphonies blended with diverse and modern popular tunes, which epitomize the festival’s tribute to merging Catalan culture with global talent.

With over two million people involved and up to 600 varied activities spread across the festive week, there’s plenty to satisfy the creative soul until the next La Mercè. For schedules and programs, changes and general information, visit the La Mercè website. 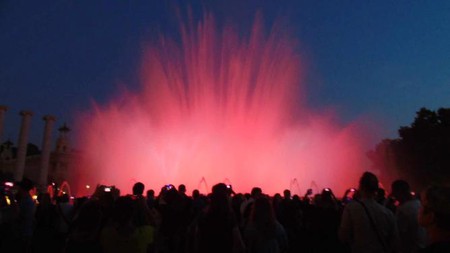 • Leave the car at home – not only will you limit your ability to drink alcohol, but parking your car is practically impossible in most of the key areas. The metro runs later than usual on most of the days of the festival and is therefore advised.

• Cash only – to avoid the any chances of losing belongings or being a victim of pickpocketing, only take the necessary amount and leave important documents you don’t need at home or in your hotel.

• Arrive early – in order to see the main events of La Mercè, it is advisable to arrive early at events to avoid being stuck behind the tall father with the kid on his shoulders.

• Watch out for fireworks – though safety measures are generally taken, be careful when visiting events involving fireworks, particularly when bringing young children.

• Plan ahead – with so many events and acts to see, many are scheduled simultaneously or in locations that are far apart from each other. With traveling time increased due to heavy volumes of people, it is important you plan ahead to ensure you see the acts you want to!