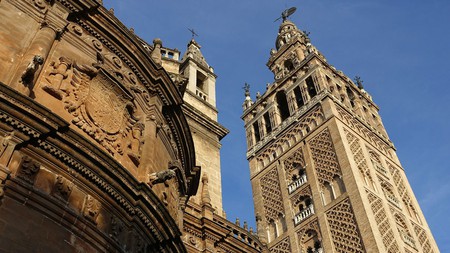 The Moors arrived in Spain from North Africa and ruled parts of the Iberian Peninsula from 711 AD until the fall of Granada in 1492. Over 700 years of Islamic rule has left a rich legacy of architecture and culture in several Spanish cities. We take a look at seven of Spain’s must-visit Moorish sites.

Spain’s best-known Moorish site is the vast hilltop fortress of the Alhambra, whose picturesque setting with a background of the snowy peaks of the Sierra Nevada, looks like it came straight out of a fairy tale. The Alhambra, meaning ‘red castle’ in Arabic, was built as a small fortress in 889 AD and rebuilt as a grand palace in the mid-13th century by Mohammed ben Al-Ahmar, aka Mohammed I of Granada. With the conquest of Granada in 1492, it was converted into the Royal Court of the Catholic Monarchs, Ferdinand and Isabella. Its architecture and interiors are one of the best examples of Islamic design in Western Europe – the walls are covered in script, carvings and mosaics. 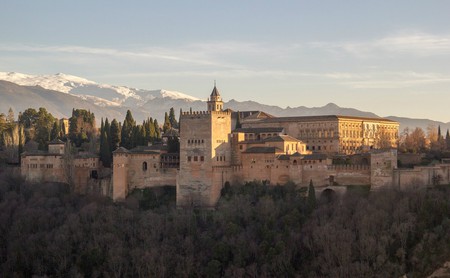 The Great Mosque of Córdoba

The Great Mosque of Córdoba was built in 784 by Abd al-Rahman I, its design inspired by the mosques of Damascus and al-Aqsa in Jerusalem. Its original design, with Roman-inspired red and white columns and arches that split the vast space into 11 naves, would become influential in the world of architecture. The mosque, which was later expanded, was the centre of Islamic life in Córdoba for over three centuries and was renowned for its great beauty throughout Al-Andalus. It was converted into a Catholic church in 1236 when Christians took over the rule of the city. These days, it is the Mosque-Cathedral of Córdoba and used as a Christian place of worship. 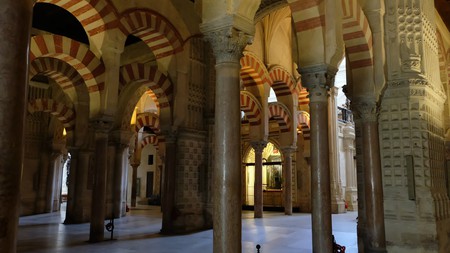 More a homage to Moorish architecture than a Moorish site itself, the Royal Alcázar of Seville was built for King Peter of Castile and some of the same artisans who worked on the Alhambra over the years helped fashion its ornate interiors. It is still used by the Spanish royal family as their official residence in Seville, making it the oldest royal palace still in use in Europe. 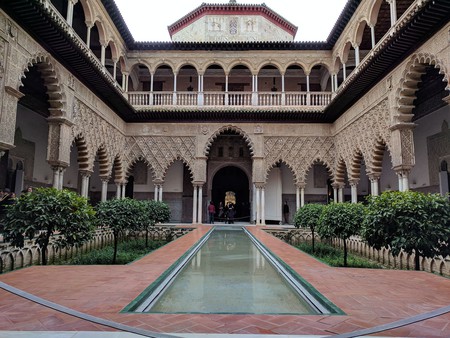 Spain’s newest UNESCO World Heritage Site was built as an huge palace-city complex on the slopes overlooking Córdoba between 936 and 940 AD. It was a bustling metropolis and the centre of the Caliphate of Córdoba, home to the government, mosques, the mint, residential and administrative buildings and workshops. By 1010 AD it had been destroyed during a civil war, and it subsequently lay buried for centuries before being unearthed in the early 1900s. Today, although barely 10 percent of the complex has been excavated, it gives us a glimpse of the power of Spain’s early Muslim rulers. 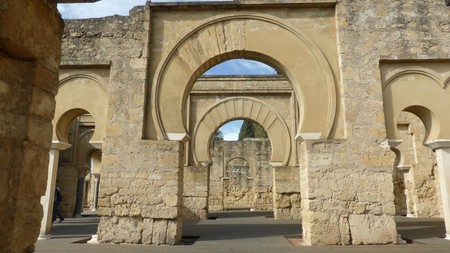 This Islamic palace was built in the 11th century in the Taifa of Zaragoza, one of the most northerly outposts of Al-Andalus, located in the north-eastern city of Zaragoza. It was later residence of the Christian kings of Aragon and today is used as the headquarters of the regional parliament of Aragon. 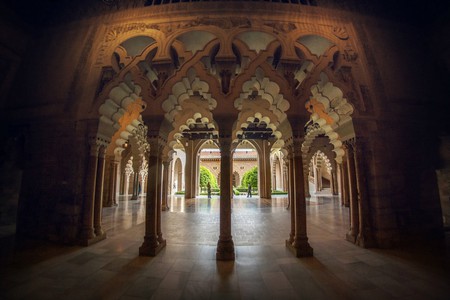 The Giralda is one of the of the only remnants of the Great Mosque of Seville that once stood on the site of Seville’s cathedral, which is today the largest Gothic cathedral in the world. The former minaret is now the cathedral’s bell tower and visitors can climb to the top by walking up a series of ramps. The ramps were installed instead of stairs, so legend has it, so that even animals were able to walk up to the top.

The city of Toledo, southwest of Madrid, experienced a long period of ‘convivencia‘ during the Middle Ages, when Christians, Jews and Muslims lived in harmony. The flourishing of all three cultures bestowed the city with a feast of architecture, including the Mosque of Cristo de la Luz. The small mosque was built in 999 and was one of ten in the city. The brickwork on the exterior of the building was designed to resemble Córdoba’s Great Mosque. 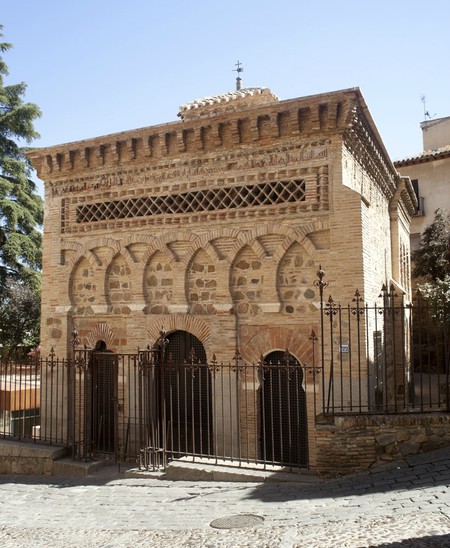