Seville is a city of culture and art, with music playing a very important role in its identity. Various albums and artists represent the city, ranging from modern to classical music drawing on Seville tradition and it’s ever evolving society. Much inspiration has been drawn from the Flamenco scene with artists building on the traditional to create something resolutely contemporary. Culture Trip rounds up six of the best albums recorded in, inspired by or about the Spanish city. 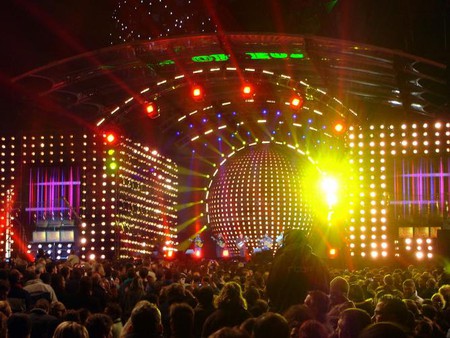 Despite origins from Arles and Montpellier in Southern France, listeners would be mistaken for believing that the Gipsy Kings were from Andalucia. With parents who were mostly gitanos (Spanish gypsies), the band members seek to use their music as a passport back to their roots. The Gipsy Kings are well known for incorporating Catalan rumba into their music, a music genre derived from Flamenco music. Seville itself is extremely well known for its Flamenco dancers and the band draws on this style, particularly in their album ‘Gipsy Kings’ (1987). This Album was one of the bands earlier creations and consists of a number of Flamenco inspired tracks including one of their most popular, ‘Vamos a Bailar’.

Paco de Lucia is arguably one of Spain’s best known guitarists and partook in a number of musical genres including jazz and classical, but most prominently, flamenco. Born in Algeciras in Andalucía, Paco de Lucia was well established with the sounds of Flamenco music and its prominence within Southern Spain. Seville, however, is without a doubt the country’s greatest known area for the art of flamenco, both dance and music. As a prominent leader in the New Flamenco style, it is clear to see that the influence Andalucía’s surroundings have had on Lucia’s music. His 1976 album Alamoraima could in fact be argued as an iconic album, representative of Seville. 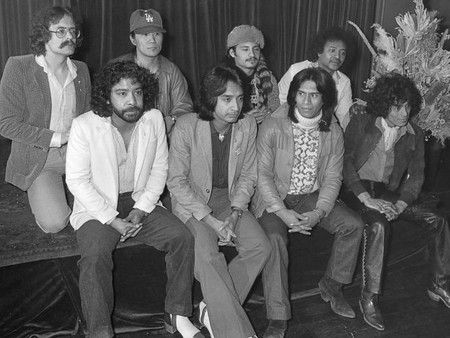 This is a live album recorded in Seville. The album was a creation by Jazz artist Masada and has gone on to earn spectacular reviews and praise. The band takes pride in using music to explore its Jewish roots, as seen through the images on many previous album covers and of course through the music itself. Although an album consisting of Jazz compilations and similar musical pieces, Live in Seville still acknowledges a certain Andalusian ambience. It is quite possible that the Masada were influenced by the wonderful surroundings of the city’s own musical leanings. The track ‘Bith Aneth’ seems to present this in particular.

Sr. Chinarro is the stage name given to singer and performer Antonio Luque. Despite performing since 1990, Sr. Chinarro is still a well-loved and successful singer within Spain and Latin America. Antonio Luque was in fact born in Seville and as such, has been influenced by the sounds of his home town. Despite going on to produce genres of music such as indie and pop-rock, the influence of Seville and its musical traditions are still noticeable within his work. Sr. Chinarro’s 2006 album El Mundo Segun is reminiscent of the Seville music landscape in many of the tracks. ‘Del Monton’ for example, one of the artist’s best known tracks, clearly presents guitar pieces similar to that heard throughout Andalucía.

Joaquin Turina (1882-1949) was a Spanish composer of classical music. Born in Seville, where he also studied, Turina’s compositions are very much influenced from the traditional Andalusian music scene. Turina worked on a variation of musical pieces that included instruments such as guitar, piano and violin whilst also turning his attention to the creation of songs. It is certainly easy to see where much of Turina’s influence came from, with many of pieces dedicated to his home town of Seville. Compositions include ‘Canto a Sevilla’ (Song to Seville), ‘Rincones sevillanos ‘(Sevillian Nooks) and ‘La leyenda de la Giralda‘ (The Legend of Giralda). 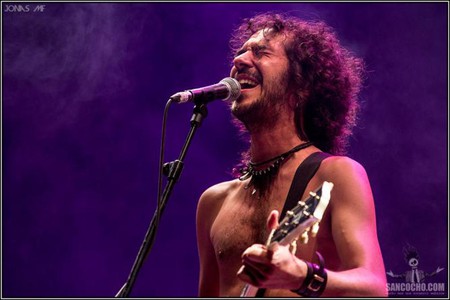 Alfonso Romero, known by the stage name of Poncho K is a singer well known throughout Spain. Born in Seville, this artist grew up around many Andalusian musical influences such as that of Flamenco. Despite producing music that leans towards the genre of rock, Poncho K has stated that “what I do is rock with flamenco touches,” bringing Spanish influence into his musical surroundings. His 2001 No Quiero Empates is an example of this with tracks such as ‘Estoy, me voy’ clearly presenting flamenco influences in passionate instrumental pieces.