Salvador Dalí, The Life Of The Iconic Surrealist 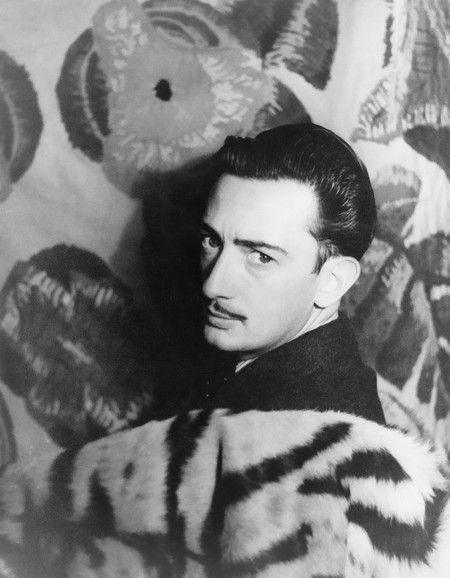 A visionary within the art world, Salvador Dalí (1904-1989) has long been revered as an iconic Surrealist artist who possessed immense talent and fearless creativity. Although esteemed primarily for his painting ability, Dalí was a man of many talents, excelling in many artistic pursuits including filmmaking, printmaking, and fashion. Known for his breathtakingly innovative works of art, Dalí created artwork that surpassed the boundaries of traditional art and dared to be bold, unique, and avant-garde. We transcend past the perceived surface to unearth the unique past of this iconic 20th-century artist.

On May 11, 1904 in Figueres, Spain, Salvador Felipe Jacinto Dalí y Domènech was born, otherwise known as Salvador Dalí. In his formative years, his father was known to be aggressive with the young Dalí, while his mother has been portrayed as maternal, nurturing and supportive to Dalí’s creative endeavors. Early on, his parents recognized his unique talent in the arts and built him an art studio to help him further his artistry. In school, Dalí could be observed wearing outlandish, uncommon clothing, already divulging signs of what would later be his unconventional, eccentric everyday style.

Eventually his parents placed him in an arts college, where he was disciplined regularly for engaging in outlandish, rebellious antics. Despite being indifferent to political proceedings, Dalí had been reprimanded for protesting, and eventually was expelled due to comments he made questioning the competency of his professors to evaluate him. Already exhibiting an inclination to subvert from the perceived norms, Dalí would bring that defiant attitude to his artwork and personal life, where he would challenge traditional modes of thinking with his art. 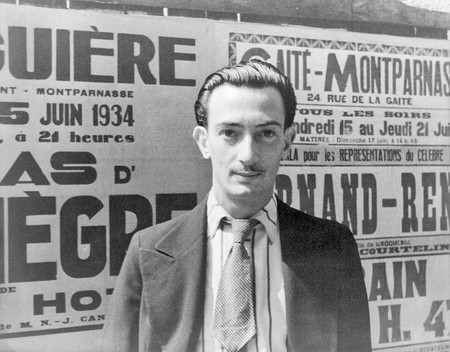 In the 1920s, Dalí ventured to Paris where he met several famous artists like Pablo Picasso, Paul Éluard, and Joan Miró. While there he was introduced to Surrealism, the style of art that would would permeate his artistic creations and become his signature style. Surrealism is a 20th–century art style found in art and literature centered around unlocking the creativity of the subconscious mind. Dalí would become a prominent figure in surrealist art, but was eventually ejected from the Surrealist movement in 1934 due to political conflicts. Despite his expulsion, Dalí continued crafting his Surrealist art and pushing the boundaries of traditional art.

Salvador Dalí would go on to become one of the most renowned Spanish painters of the century, making famous works of art like his well-known ‘The Persistence of Memory’ familiar to even those who aren’t art aficionados. ‘The Persistence of Memory’ famously depicts melting pocket watches amidst a landscape background, signifying the malleability of time and alluding to Einstein’s theory of relativity. Other famous paintings by the Spanish artist include pieces like ‘Swans Reflecting Elephants’ and ‘Landscape with Butterflies.’ Each one of his artworks is revered for its fearless creativity and the juxtaposition of ordinary images to create stunning masterpieces. Daringly expressive, Dalí interrupted the status quo with his art, utilizing key themes like ‘sexual symbolism, man’s universe and perceptions, and ideographic imagery’ as constants in his artistry.

Influenced deeply by Freud’s psychoanalytical work, Dalí created his prolific art pieces by attempting to access his subconscious. In the 1930s, Dalí would pioneer what he coined ‘paranoiac critical method,’ where he would tap into his subconscious to unlock his inner creativity and imagination. Upon entering his self-imposed delirium, Dalí would paint the hallucinatory images he visualized, often times juxtaposing images not usually related to one another. Continually applying this method to his art as well as to other aspects of his life, Dalí aimed to access his full creativity and translate that creativity into his exemplary art pieces.

Dalí’s behavior, personality, and style was just as flamboyant and unconventional as the visually stunning paintings he crafted. The Spaniard artist drew public attention due to his eccentricity, and quickly became recognized for his outlandish behavior, unusual style, and long, cartoonish mustache just as much as for his artwork. Dalí was scrutinized by many for his public antics and bizarre style, even by those amidst the art world. A character in himself, Dalí was known to wear outrageous clothing pieces that mimicked his art in its creativity and fearless inclination to self-expression. It appears his life and his art mimicked one another, with a thin line separating one from the other and sometimes not at all. 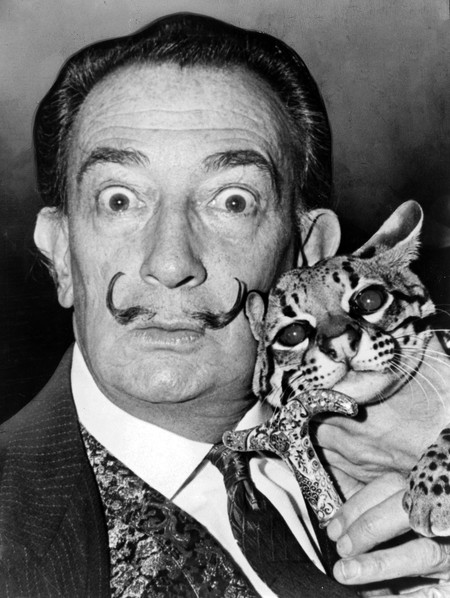 The Spanish artist ultimately fell in love with Elena Dmitrievna Diakonova, the Russian wife of fellow Surrealist artist Paul Éluard. Meeting in 1929, the encounter between the two has been depicted as true love, with Dalí journaling early on that he knew she was destined to be his wife. Despite the forbidden love affair, Elena left her husband for Dalí and they eventually married in 1958. Referred to by her beloved husband as Gala, Dalí’s wife would be his primary inspiration and muse for his art. In addition, she served as the business savvy balance to Dalí’s eccentricity, negotiating art deals on his behalf and handling his finances.

Dalí eventually succumbed to a motor disorder that impaired his ability to produce art, causing him to retire from art. No longer able to express his creativity, and his wife as well as a dear friend passing away soon after, launching him into depression. Dalí bought a castle in which to spend his final years, but misfortune ensued when it ultimately caught fire in 1984. Dalí sustained critical injuries from the fire, leading him to be limited to a wheelchair. The renowned artist later died of heart failure on January 23, 1989, but his iconic artwork and legacy is commemorated in The Dalí Museum even to this day.