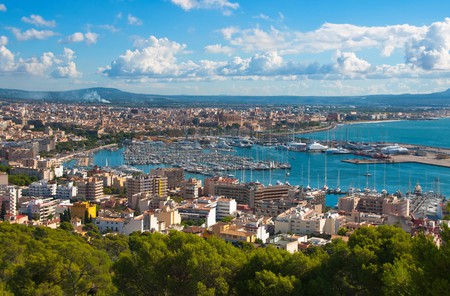 Palma de Mallorca has art, intrigue, history, spectacular scenery and gastronomic delights. There has never been a better time to visit one of the Mediterranean’s most underrated cities.

Often associated with sun-drenched summer holidays, Palma de Mallorca is worth visiting during the quieter winter months, when the jewel in the crown of the Balearics offers a fascinating insight into Mediterranean life away from the crowds.

A microcosm of Palma’s mix of old and new, Cathedral de Mallorca was refurbished first by Antoni Gaudi at the turn of the 20th century (think rows of gilded wheat, cast-vine leaves and a tapestried altarpiece evoking Oriental Christianity), and then again roughly 100 years later by renowned Balearic painter and sculptor Miquel Barceló. 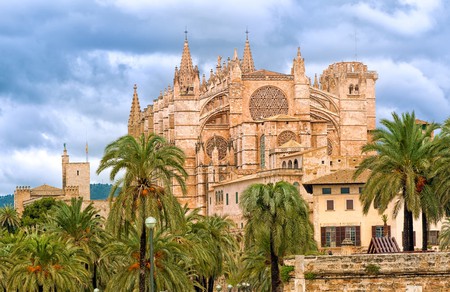 The cathedral is testament to Palma’s progressive attitude to the arts. Barceló’s design is astounding, more akin to a Stranger Things set, while staying true to liturgy. Bathed in soft winter sun, Barceló’s chapel – with its skulled altar, clay sculptures of crashing waves, mountains of loaves and dramatic stained glass windows – is breathtaking.

Like many of Palma’s older buildings, the cathedral was constructed using Majorcan sandstone, which, along with the palm trees, monolithic fortresses and Arabic monuments and inscriptions, lends this Mediterranean city a North African vibe – distinguishing it from other Western outcrops.

The cathedral’s bell tower isn’t the only place to take in spectacular views of the coast. The Nakar Hotel and Hotel Almudaina both have excellent rooftop bars from which to enjoy a glass of Majorcan wine, vermouth aperitif or Aperol Spritz, while the hillside around Castell de Bellver (one of Europe’s rare circular castles) is a popular vantage point among locals. 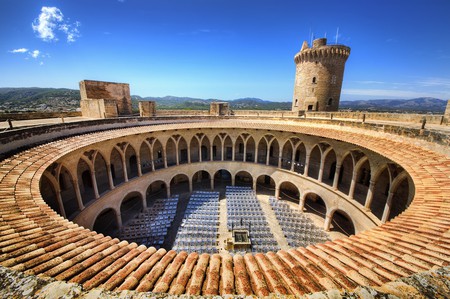 Explore Miro’s studio, designed and built by the artist’s friend and collaborator Josep Lluís Sert, and walk around his former residence, the walls of which still bare the scribbled annotations and early sketches of what would become his most famous sculptures. One of Miro’s smaller studios is still used for lithography, ceramic and silk-screen-making classes.

Palma’s connection with the arts continues at La Fundacion March, Juan March’s two-fingered salute to the high society that rejected him. The founder of Spain’s biggest bank (once the seventh richest man in the world), March was exiled to Gibraltar after ordering the assassination of his wife’s lover. 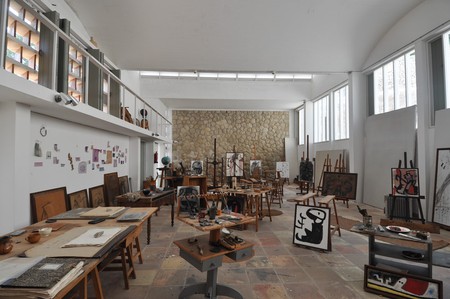 The March family’s extensive collection couldn’t be contained within one museum, so the Museu Fundacion Juan March was built nearer the city centre. Inside this free museum you’ll find a great collection of Catalan, Balearic, and Spanish artists including Miquel Barceló, Pablo Picasso, Rafael Solbes, Manuel Valdés and Antoni Tápies.

The sensory assault continues as you move on to one of Palma’s many markets, restaurants and cafés. Head to Mercat de l’Olivar, and the Daniel Sorlut Oyster bar for lunch. The simple, bold flavours of fresh oysters, muscles, octopus and prawn will give you a great introduction into Mediterranean cuisine. 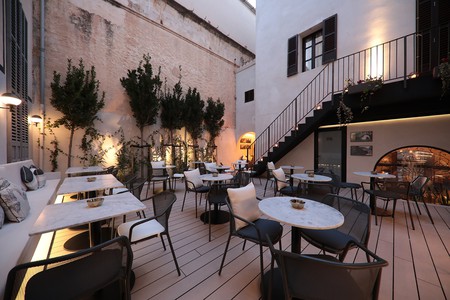 Further along the seafront, Mercat 1930 is an Art Deco-inspired food market, cocktail bar and vermuteria – the botanical wine (served with ice) suited to small eats and the city’s casual vibe. Pick up tapas from a range of vendors, including glazed Szechuan chicken wings from Carnes a la Brasa, calamaritos from Frituras Andaluzas 1930 and Iberian ham pintxos from De Cabo a Rabo.

Aromata restaurant is great for affordably priced contemporary Majorcan cooking (the cuttlefish stew and pork belly with sobrasada are highly recommended), while seaside café Darsena is perfect for enjoying a cold drink while watching the fishing boats come in.

Fiestas de Sant Sebastia is another good reason to visit Palma de Mallorca during January. Mallorca’s biggest annual festival is a two-week celebration of the city’s patron saint, bringing everyone together for a week of bonfires, shared meals, live performances and traditional dancing. 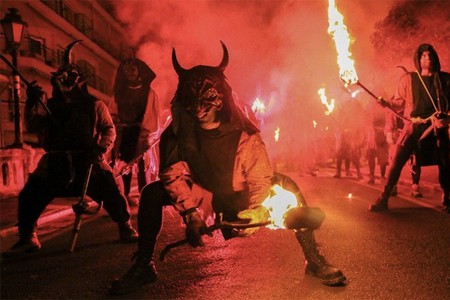 The festival begins with a procession of fire breathers and drummers through Palma’s packed streets, young and old coming together to witness a centuries-old spectacle. Plaça Major town square comes alive with traditional dancing and folk music, while the square surrounding the town hall holds hundreds of bodies swaying to electronic music.

Palma’s Passeig de Born is transformed into a rock concert, and crowds gather throughout the cobbled streets around sound systems pumping electro swing. Each neighbourhood has its own bonfires and torada (pork barbecues) on which to cook sobrassada, botifarró and chops.

There’s plenty to fill a weekend in Palma before we even get to the city’s up-and-coming Portixol and Molinar neighbourhoods. Something to look forward to on another visit to the Majorcan capital, one of the Mediterranean’s most underrated cities of culture.

Culture Trip was a guest at Súmmum Prime Boutique Hotel. Located in the heart of the city, just minutes from the boulevard Paseo del Borne, the 5* hotel is an oasis of tranquillity built in a magnificent 16th century Majorcan palace. A one night stay in a double room is priced from €210 on a room-only basis. For more information from Palma de Mallorca’s tourist board head to visitpalma.com.