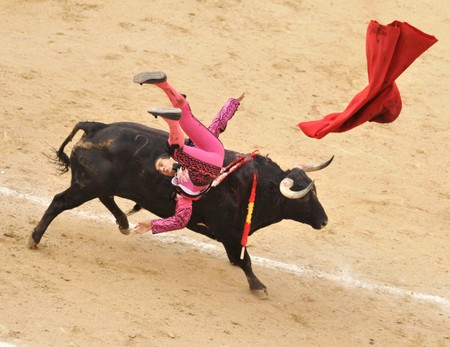 A bull tossed bullfighter (toreros) during a bullfight (Corrida) at a bullfight in Madrid.© Bumble Dee/Shutterstock

The Balearic Islands have made sweeping changes to their bullfighting rules, which spare the bull from pain, suffering and death.

The rules, introduced this week on Ibiza, Mallorca and Menorca prohibit toreros (bullfighters) from using any ‘tools’ that harm the bull. From now on the torero may only carry a capote (large cape that is usually managed with both hands) and muleta (red cloth usually used to obscure the sword) into the ring. Each fight is to last 10 minutes, after which the bull is returned to the ranch unharmed.

A recent survey in Spain shows that as a sport, support for bullfighting is dramatically dwindling, especially among younger audiences, with over 60% in favour of banning the activity altogether. 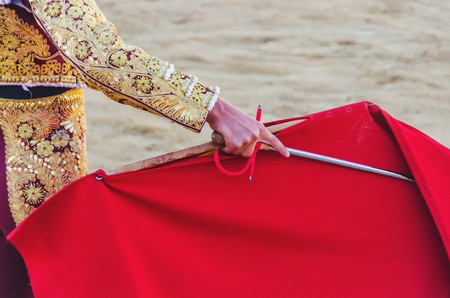 The new bullfighting law has been applauded by animal rights groups. Joanna Swabe, of animal rights group Humane Society International said: “Taunting and killing bulls for entertainment is a brutal anachronism and so this is a very satisfying victory for compassionate policy making.”

Jannich Petersen, CEO of Spain-Holiday.com, a Spanish holiday rental specialist said: “The majority of overseas holidaymakers visiting Spain look to experience most all aspects of Spanish lifestyle and culture but there seems to be a shift within Spain away from the tradition of bullfighting.” 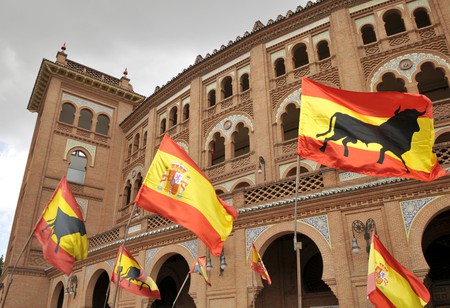 However, not everyone is happy with the regional Balearic Government’s decision; bullfighting was declared part of Spain’s cultural heritage in 2013 and the Spanish government opposes the new law introduced locally in the Balearic Islands, claiming it goes against the constitution and powers of the state.

Last year, the Spanish Constitutional Courts overturned a 2010 local law in Barcelona and Catalonia banning bullfighting for animal cruelty reasons. To date, the only other Spanish region to have successfully banned bullfighting is the Canary Islands.