A vivid reminder of the deeply rooted cultural diversity at the heart of Spanish history, mudéjar art was born as a result of the blending of Moorish and European styles during the Moorish Invasion and Spanish Reconquista. A truly hybrid movement, it is unique to Spain, and many of the most famous buildings to have been constructed in its style have been declared World Heritage Sites by UNESCO.

The Historic Origins Of The Mudéjar

To understand the emergence of mudéjar design, it is essential to know something of the history of the Iberian Peninsula. As early as the year 711 AD, large swathes of Spain and Portugal were invaded by forces sent by the Umayyad Caliphate. At the time, it was the second of the four major Caliphates of the Muslim world, and at its peak, it stretched from modern-day Morocco to Pakistan. What ensued was one of the most troubled times in Spanish history but also one of important cultural widening which profoundly influenced Spain’s language, architecture and intellectual culture. For over seven centuries, the Spanish army fought to reclaim the occupied lands during what is known as the Spanish Reconquista, and in 1492, the last Muslim emirate was defeated in Granada. However, for a brief period following the end of the fighting, Muslims living in Spain were afforded religious and cultural tolerance, guaranteed by the Treaty of Granada, which had been signed in 1491. Although many Muslims left the country or were forced into religious conversion, many others remained in Spain and submitted to the Catholic ruler, keeping their culture and religion: these people would become known in Spain as the mudéjar. 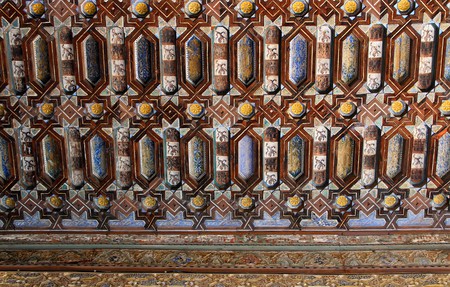 Detail from the Alcázar in Seville | © Wolfgang Manousek / Flickr

The Emergence Of Mudéjar Art

Although the mudéjar people did not become known as such until the 15th century, the cultural blending typical of mudéjar design had already begun to emerge in Spain as early as the 11th century as a result of the coexistence of European and Moorish cultures. Aspects of Muslim architecture and design were incorporated into the dominant European styles of the time such as Romanesque, Gothic and Renaissance. Less of a radical break with what had come before, mudéjar was a reinterpretation of European design by Islamic culture. Some of the most obvious features to have been borrowed from Muslim art and design are the use of geometrical patterns, intricate tile and brickwork, and the use of calligraphy as means of decoration. Although many of the early mudéjar buildings were constructed by Muslim craftsmen themselves, with time, the techniques and styles were copied by Spanish workers and soon incorporated into the mainstream of Spanish architecture at the time. Interestingly, in the 19th century, a revivalist movement known as neo-mudéjar emerged out of Madrid and was popular throughout the early 20th century. Just like its predecessor, it involved the use of geometrical figures, arabesques and patterned tiling. Even the great Catalan architect Antoni Gaudí experimented with neo-mudéjar on his Casa Vicens. 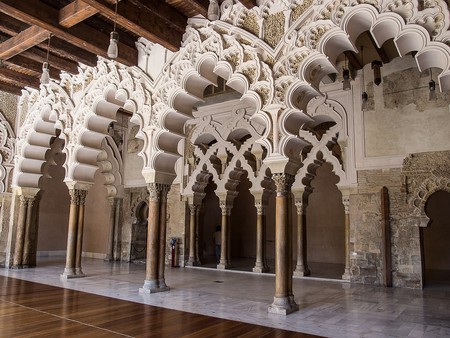 The Mudéjar Legacy In Modern Spain

Although mudéjar art spread across most parts of Spain, some areas were particularly marked by the movement and today are home to some of the most important landmarks of the mudéjar legacy. Of these, the most notable is perhaps the region of Aragon in north-eastern Spain, where its many mudéjar buildings have been awarded the status of UNESCO World Heritage for its outstanding universal value. Notable are the Cathedral of Santa María de Mediavilla de Teruel, in the town of Teruel, and the Aljafería Palace in Zaragoza. Outside of Aragon, one of the most impressive examples of mudéjar design is perhaps the Royal Alcázar of Seville, whose original foundations were laid by the Moors as far back as the 8th century, but in the 14th century, it was transformed into a mudéjar palace by Kind Pedro I of Castille. In Toledo, the third largest site of mudéjar design in Spain, there are some notable examples of where European and Moorish design blended with the style of the local Jewish population of the time such as the 14th-century Transito synagogue. Also worth mentioning is the Santa Maria la Blanca, a former synagogue today owned by the Catholic church and open as a museum. 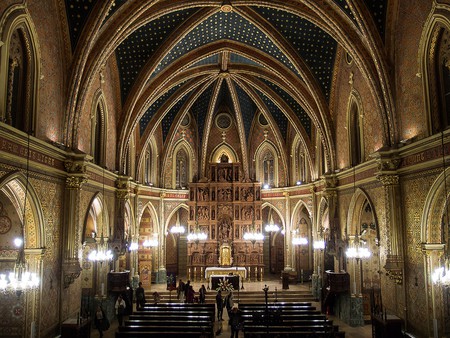