Madrid's Sobrino De Botin Is the Oldest Restaurant in the World 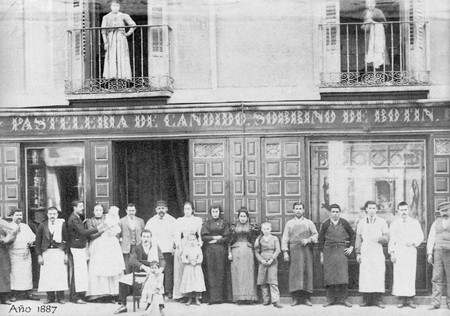 The old Facade of Botín | © Botín

The restaurant is located in one of the most authentic and historic quarters of Madrid, close to the Plaza Mayor and the La Latina neighborhood on Calle Cuchilleros (Cutlery Street). The story begins with a French cook, Jean Botín, coming to Madrid by way of Asturias. A nephew of Botín’s wife opened a small inn that cooked for for travelers. Originally called Casa Botín, the name is now Sobrino de Botín. As the word sobrino means nephew in English, this alludes to the fact the restaurant was later passed to Candido Remis, the Botín’s nephew.

During the 19th century, the restaurant was renovated; large windows were added and so was a display counter for pastries and cakes. First Botín was considered an inn, then a tavern (the word “restaurant” was once reserved for high-end, exclusive spots found in places like Paris) and finally, later on, a restaurant. 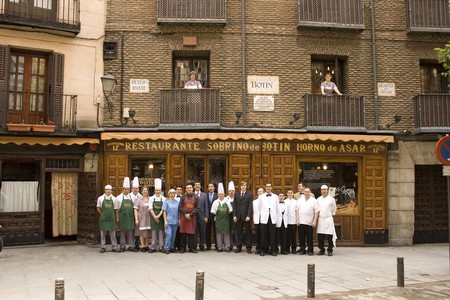 The current facade of Botín | © Botín

The González family took over ownership in the 20th century. At this point in time, the restaurant spanned only the first floor, as the basement was the wine cellar and the family lived on the second and third floors. The restaurant employed only seven people (five of which were immediate family members—Emilio González, his wife and their three children). During the Civil War, most of the family fled to a small village except for Emilio González, who stayed behind. Botín was used mainly to serve military members during this difficult period. After the war, Emilio’s sons, Antonio and José, took control of the restaurant and expanded the space into what it is today.

Besides those looking to try their famous meat dishes, fish and traditional Spanish stews, Botín is also a hangout for literature and history buffs and is definitely worth a stop when exploring other literary hangouts in Madrid. The restaurant is mentioned in Ernest Hemingway’s The Sun Also Rises and Death in the Afternoon, and even in works by F. Scott Fitzgerald. 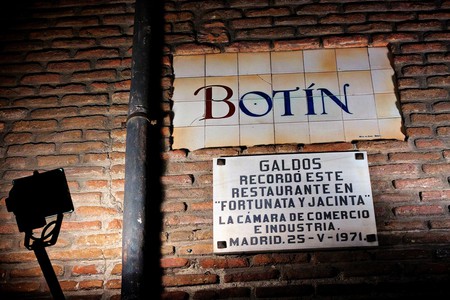 Hemingway in particular was a frequent visitor to the restaurant, and became close friends with Emilio González. Apparently, he was very interested in learning how to prepare paella, but it seemed his skills were more suited to writing and not cooking. 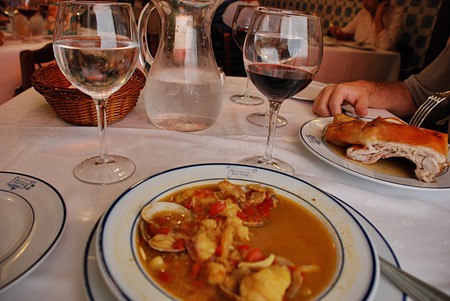 Art lovers will also be excited to learn that famous painter Francisco de Goya was once a waiter and dishwasher at Botín before he was accepted into the Royal Academy of Fine Arts.

Today, you can enjoy a typical Spanish lunch or dinner in this emblematic restaurant, either in one of the upstairs rooms or even in the downstairs wine cave, which is now open to the public. The famous suckling pigs arrive three to four times a week straight from Segovia, as well as fresh lamb, ready to be roasted in the original wood-fired oven. 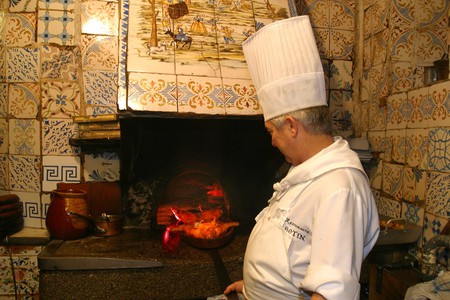