Madrid's Most Beautiful Baroque Palaces and How to Find Them 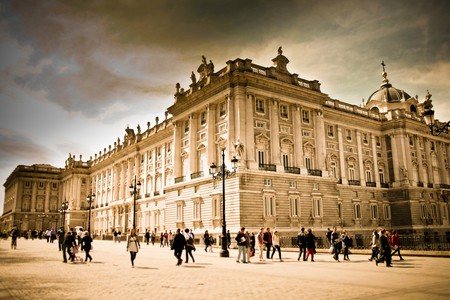 Madrid is home to some beautifully-preserved Baroque architecture dating from the 17th and 18th centuries. From the Plaza Mayor to the huge Royal Palace, visitors are in for an array of architectural treats. Here’s our guide to some of the best examples of Baroque palaces in and around Madrid. 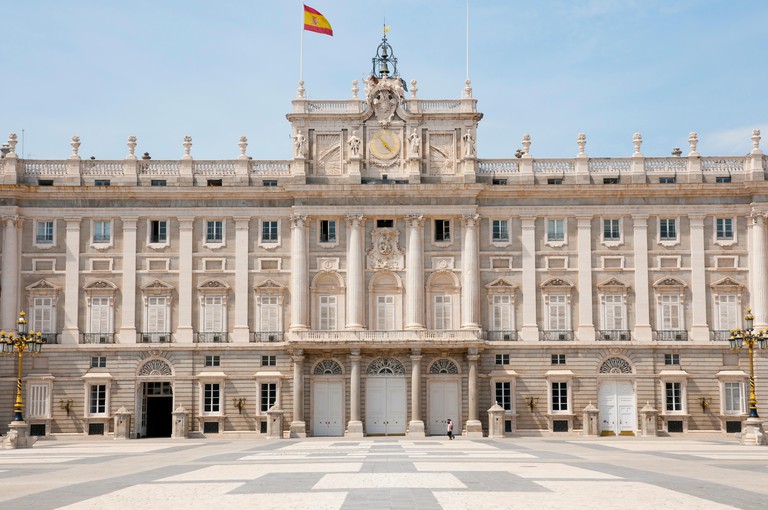 Madrid’s imposing Royal Palace was completed in 1764 and is one of the city’s most striking examples of Baroque architecture. It is Europe’s largest royal palace by floor area, and has 2,800 rooms, 50 of which are open to the public. It is the official Madrid residence of the Spanish Royal Family, but is only used for state ceremonies (they live in the more modest Zarzuela Palace, just outside Madrid). Visitors on a guided or self-guided tour can take in paintings by Spanish artists including Goya, in addition to the sumptuous throne room and armoury among other features. Visiting hours are 10am-6pm in winter and 10am-8pm in summer. General admission is €11 (US$12.29).

Building
Facebook
Email
Twitter
Pinterest
Copy link
Share
Map View
The Palace of the Holy Cross, in English, is located in central Madrid, just off Plaza Mayor, and today, serves as the headquarters of Spain’s Foreign Ministry. The Baroque building was used as a jail until it was converted into a palace during the reign of Philip IV. The architect Juan Gómez de Mora, who also designed Plaza Mayor, worked on the building from 1629-1636. In Madrid, the phrase ‘sleep under the angel’ used to be slang for going to jail because of the statue of the archangel Michael that sits on the top of the former prison. The building is not open to the public but can be viewed from outside on Plaza de la Provincia.

Building
Facebook
Email
Twitter
Pinterest
Copy link
Share
Map View
Opened in 1692, the Casa de la Villa sits on the Plaza de la Villa, one of Madrid’s most beautiful squares. It was designed by Juan Gómez de Mora, and was the home of Madrid’s City Hall from the 17th century until 2008. Today the building is used for official events and receptions. The whole square is surrounded by well-preserved examples of Spanish baroque architecture – a mixture of brick, exposed stone and iron. While the interior of the building is not accessible to the public, Plaza de la Villa is well worth a visit to take in the beautiful façades.

This palace, to the north of Madrid, began life as a 15th century hunting lodge and became an alternative residence of the kings of Spain until the early 19th century. After a huge fire destroyed much of the palace, it was renovated in the 18th century by Francesco Sabatini, an Italian architect who worked in Spain and whose influence can be seen throughout the capital. Its interiors feature 18th and 19th century furniture and paintings. It is the residence used to accommodate foreign heads of state when they visit Spain, but is open to the public when not in official use. General admission is €9 (US$10). Open Monday-Sunday, 10am-6pm. 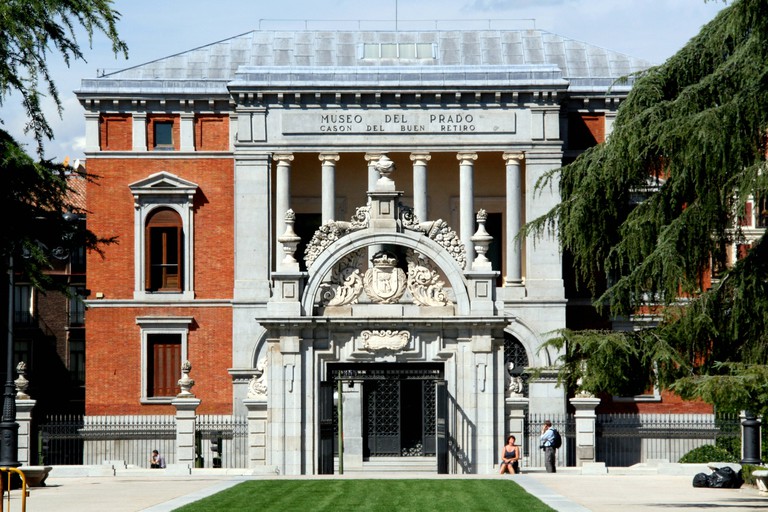 The Casón de Buen Retiro is one of the only remaining buildings that made up the Buen Retiro Palace | ©M a n u e l/Flickr
The Buen Retiro Palace was a large complex built on the orders of Philip IV of Spain as a place of recreation. The palace was surrounded by whimsical gardens and ponds, and included over 20 buildings and two large squares that were used to put on entertainment for the king. In 1808, French troops stationed in Madrid used the palace as barracks, and the buildings became so seriously damaged they had to be almost completely demolished. Today, the site of the former palace and grounds is Madrid’s famous Retiro Park. There are very few signs of the original palace, but the former ballroom is now the Casón del Buen Retiro, the site of the Prado Museum’s study centre. The ceilings of the main room are decorated with a fresco by Italian artist Luca Giodano painted for King Charles II of Spain. 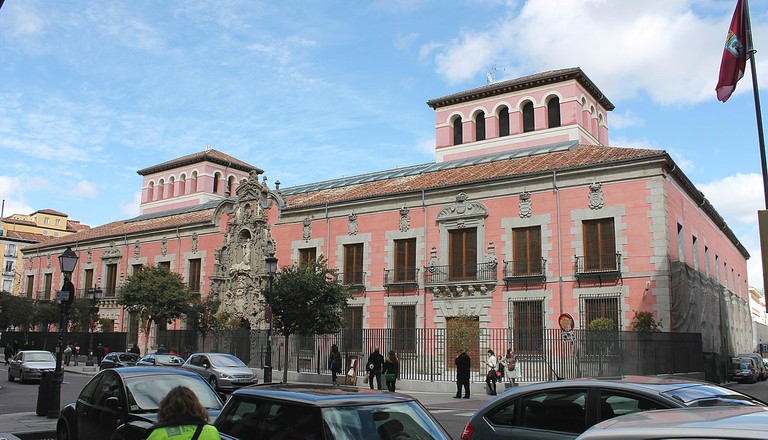 The Museum of the History of Madrid | © Luis García / WikiCommons
This former orphanage was built by architect Pedro de Ribiera in the 18th century. It is noticeable for its pink Baroque facade, which is often cited as one of the best examples of Spanish Baroque architecture in Madrid. Today, the building houses the Museum of the History of Madrid, open to the public from Tuesday-Sunday, 10am-8pm and is closed on Mondays. One of the museum’s gems is the Goya painting Allegory of the City of Madrid. You can also see prints, maps, models and photographs charting the history of the city.
Give us feedback