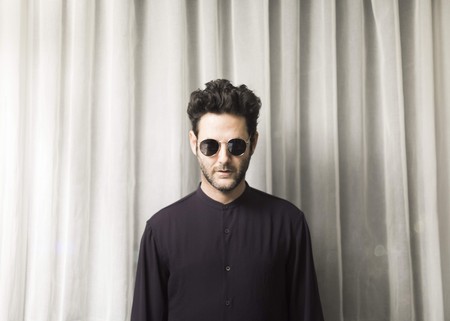 Consistently polling as one of the finest acts in dance music and boasting collaborations with the likes of P. Diddy, Guy Gerber is a genuine heavyweight on the EDM and clubbing scene. And it’s the clubbers’ paradise of Ibiza that he returns to each year, not just filling dance floors, but organising nights that channel the original spirit and magic of the buzzing Balearic isle. We caught up with Guy to hear about his work, some of his favourite places on the island, and why its appeal is about more than just the party.

Ibiza kind of changed my life years ago when I went there for the first time. It’s kinda like the mecca of parties and electronic music. It’s one of the wildest places in the world. I’ve lived there every summer for many years now and I don’t see myself being anywhere else. If you asked me this question a few years ago I could’ve had a better answer, but now it’s just become part of me.

Unfortunately, it’s changed quite a lot. Back in the day there weren’t so many parties, but there was like one that was really cool. There were less rules and less restrictions. It was definitely more about free love and kind of like knowing the unknown. [Now] the government tries to stop a lot of the beach parties and everything feels like it needs to be built like the pyramids. They also opened a few commercial clubs. It was definitely way nicer before, but it still has a lot of charm. I read this book a while ago and it said something like “1000 years of Ibiza” and I think it’s been a party island for almost 1000 years. Pirates even used to go there and party, so everybody in this area went here. There’s something in the land. It’s very special. It’s changed a lot, but it’s still amazing.

Well RUMORS started about four years ago. I wanted to do something that contradicted all the big and massive things that are happening in Ibiza. So, by the nature of the name, there were no line-ups, no set-ups, and not a lot of DJs playing. We went against trying to be massive and, in a way, commercial. We tried to make the party very beautiful and very pretty, so we have nice decorations. The music is set in the afternoon and slowly evolves, but it never becomes too strong. We try not – even though I’m doing this interview right now – to do much publicity. The party is exclusive, but for everybody, so a big party, but it’s trying to be more…I don’t know…we’re trying to preserve the magic of Ibiza from the early days. Back when people would come and it’s all just a big gathering and everyone’s a part of the gathering.

Obviously DC10 is a great, legendary club. It’s very very wild. The best DJs in the world play there. It’s a legendary party. Apart from that, I think Pacha is a little bit commercial, but it just understands the way to be. It preserves the same music that it opened with, so I like the charm of it.

If I had to choose one (and there are quite a few that I like) there’s a place called S’Estanyol that’s a very beautiful and cool beach. There’s a nice restaurant there called Calla Bonita and, at the moment, it’s one of my favourite places in Ibiza. 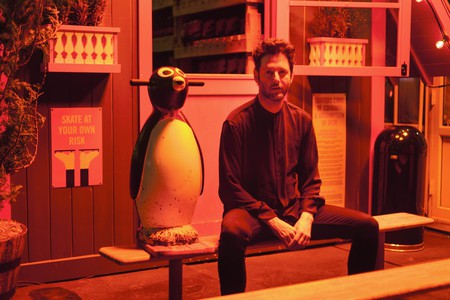 I guess S’Estanyol was one of them. Well there’s a place called Atlantis and it’s a very beautiful place. You have to go down a hill and it’s kinda like a secret beach that you can only get to by going through the mountains and then you can just swim in the beautiful water.

Definitely DJ Harvey, who’s playing also at RUMORS and also has a residency at a place called Pikes Hotel. He’s definitely cool. There’s another one named Bill Patrick. He’s kinda like a DJ’s DJ. He’s one of the better music selectors in the scene.

Get ready to not sleep too much and really try something new every day. You should definitely make time to enjoy the spirituality of the island, not just party or to eat at some of the places I mentioned. Sunsets are a really big part of the island of Ibiza. People celebrate the sunset. I would also say when you’re driving your car try not listen to just house and techno, try to listen to Balearic music. This island has a lot of different music.