How to Spend 24 Hours on the Island of Menorca 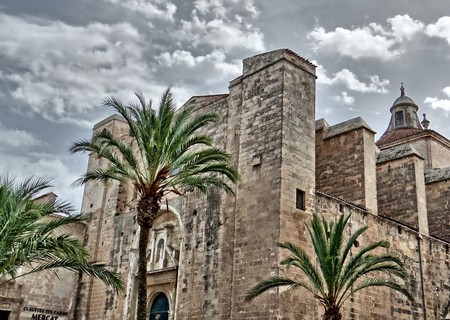 While around a fifth of the size of its bigger sibling Mallorca, there’s still not shortage of things to see and do on the island of Menorca. Far too much, in fact, to squeeze into 24 hours, but if that’s all you have on the isle, here’s how we recommend you best spend it.

Start the morning with breakfast at charming Café Baixamar, located next to the main port in the island’s capital of Mahón. While originally a grain warehouse, the eatery opened in 1980 as the first of its kind in the area, and is stuffed full of interesting architectural touches such as roof beams made from masts and pillars from street lamps. Wash down their excellent guacamole on toast with a coffee or freshly made smoothie, but don’t forget to take a peep upstairs at their small theatre with pretty coloured-glass lamps and walls lined with hand-painted tiles depicting Greek mythology.

Freshly fuelled, climb up the nearby steps to the Plaça Espanya and turn left to the pretty 18th-century Carme church – the largest in the city. Its Baroque-era cloister is now also a market selling a variety of Menorcan products and specialities, including local seafood, cheese, wine, and gin. Next wander the quaint cobbled streets towards the Museum of Menorca; set in a 17th-century monastery, there are several floors of exhibits charting the history of the island from its ancient beginnings to modern-day industries. Just next door is another scenic church, that of Sant Francesc, while another kind of spiritual salvation can be found a couple minutes’ walk away at the Xoriguer Gin Distillery, where you can sample and buy one of the island’s most famous exports. 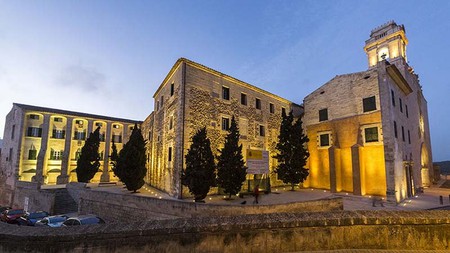 About a ten-minute drive from the capital and perched on a clifftop overlooking the north coast is the restaurant of Cap Roig. The menu is outstanding and pretty much all seafood with a number of different Menorcan lobster specialities, though the local rice dishes are certainly also worth a try. But its fantastic sea views from its spacious terrace that really steal the show; however, if you’re hoping for front row seats it’s best to book ahead.

Soak up the sea air on a beautiful beach

You can’t leave Menorca without some time on the beach, and with time of the essence, the nearest – Sa Mesquida – is just a few minutes’ drive away. It’s also a gorgeous sweeping bay that, while popular, is usually less crowded that those on the south coastal resorts. It’s great for swimming, snorkelling, or just reclining on the fine white sand, and backed only by dunes and a single beach hut, with no unsightly hotels to interrupt the unspoilt feel. 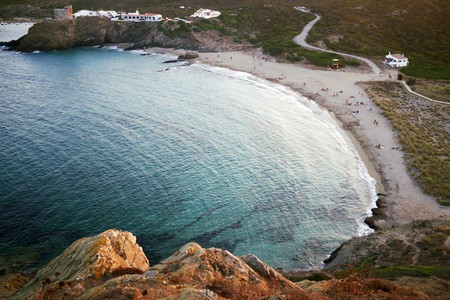 Tread the picturesque streets of Ciutadella

While it is about an hour’s drive and on the other side of the island, the second city of Ciutadella is well worth the drive. Menorca’s original capital, the feel is distinctly different, with a more elegant Mediterranean flavour in its historic buildings and charming streets. The Old Town is particularly pleasant to stroll around, and dotted with plenty of shoe shops to pick up a bargain pair of the island’s famous sandals. The gothic Santa Maria cathedral is also certainly worth a look. 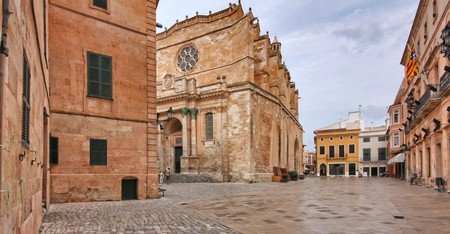 By now you’ll be ready for dinner, and there are few places better in Ciutadella than Cas Ferrer De Sa Font. Unassuming from the outside, it’s the place to go in Ciutadella for delicious and authentic Menorcan cuisine. All of the food served is organic and locally grown or reared, and all the meat used comes from breeds native to the island, though don’t leave without trying the octopus carpaccio. Afterwards, why not stroll around the night market, which is open until late over the summer, selling mostly handicrafts and jewellery. And if you’re still in the mood to party, the Cafè des Museu serves up great cocktails with a fun and friendly atmosphere, plus a buzzing basement featuring regular live music and DJ sessions until late.