How to Spend 24 Hours in the Sierra Nevada 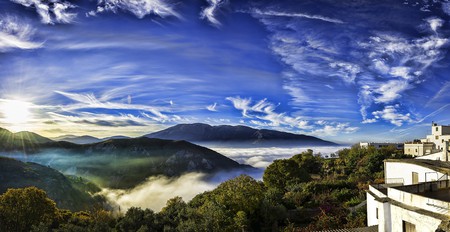 Views from Carataunas, in the Alpujarra region of the Sierra Nevada | © Mark Chinnick / Flickr

Located an hour’s drive from the Andalusian city of Granada, the Sierra Nevada is Spain’s largest natural park, covering an area in excess of 850 square kilometres. Read on for how to make the most out of 24 hours in this stunning area, including a visit to its famous Alpujarras region.

Trekking in the Cumbres Verdes

One of the best ways to acquaint yourself with the beauty of Spain’s largest natural park is by trekking. Kick off your 24 hours in the Sierra Nevada, then, by heading to the Cumbres Verdes (Green Peaks) area, located about a 20-minute drive out of Granada near the small town of La Zubia. This hilly, rugged expanse on the Sierra’s north-western tip has plenty of trekking (and biking) routes to suit all levels of fitness, which are dotted with picnic areas equipped with tables and BBQs.

One of the best Cumbres Verdes tracks takes you to the top of the area’s highest peak, the 2,079-metre Trevenque. Starting from a rustic restaurant just out of La Zubia, the route takes you through the rocky, sun-scorched valley of Los Arenales, before beginning a dramatic ascent to the mountain’s summit. The last hour or so requires careful footing, as the track is steep and strewn with loose rock – but the panoramic views from the top are worth every well-placed step. 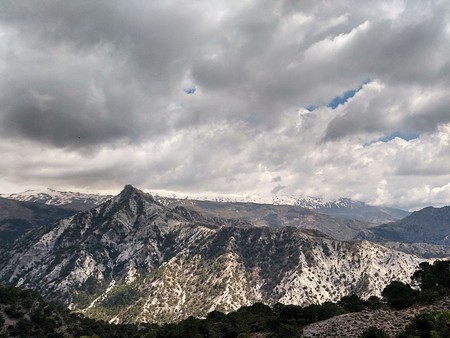 Lunch at a rustic country restaurant

Fuente del Hervidero, the rustic country restaurant from which you start your trek to Trevenque’s summit, is also a great place to have lunch upon your return (unless you prefer a picnic on the peak). Named after a nearby mountain spring, this gorgeous old cortijo (farmhouse) boasts an enormous terrace with spectacular views of the Cumbres Verdes and Trevenque.

While gazing upon the mountain you’ve just conquered, enjoy a hearty lunch of grilled pork or lamb (cerdo/cordero a la plancha) and potatoes, or perhaps a huge bocadillo or meaty stew, washed down with cold glasses of the local Alhambra beer. You’ll have earned it. 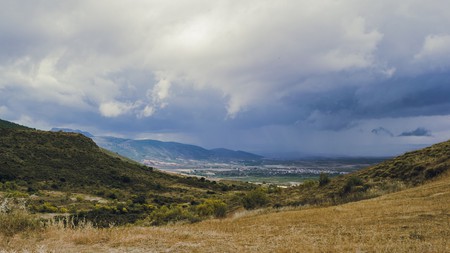 After a post-lunch break or siesta, spend your afternoon exploring the Alpujarra region on the Sierra’s southern extremity. A visit to any of the whitewashed mountain settlements in this area will be unforgettable, but with only an afternoon you’re better off choosing two or three to really enjoy. From Dilar (nearest town to the Cumbres Verdes), it’s a 60-minute drive to three of the prettiest villages in the Alpujarra region, if not in Europe.

Pampaneira, Bubión and Capileira ascend, in that order, along the Poqueira gorge in the foothills of Mount Mulhacén, mainland Spain’s highest peak at 3,478 metres. So dramatic is their setting that they’d be knockouts even if they consisted of nothing but soulless apartment blocks; but these centuries-old settlements happen to be some of the most beautiful Andalusian pueblos blancos you’ll ever come across. 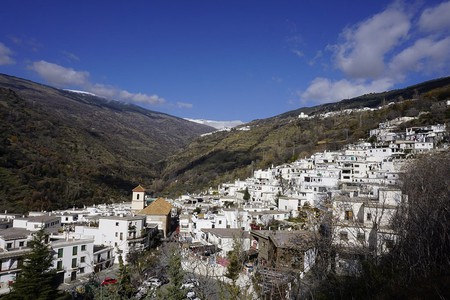 Any of these three villages are great places to round off your day in the Sierra Nevada, but Capileira, being the highest, offers the best views. After walking around the spellbinding old town, which extends down the hill from Plaza Calvario, head back uphill for a pre-dinner drink on Bar Magick’s spectacular terrace.

For dinner, try El Corral del Castaño, which boasts a romantic terrace and a varied menu. Capileira is also packed with great-value accommodation at which to spend the night, such as the homey, traditional Hotel Poquiera II. Located in the centre of the village, its south-facing rooms and pool area boast gorgeous views over the Poqueira valley, making it the perfect spot to conclude your 24 hours in the Sierra Nevada. 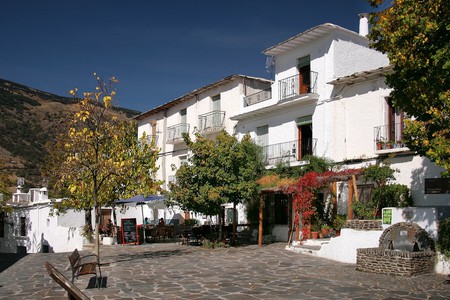