How to Spend 24 Hours in Málaga

Málaga port | © Pexels/Pixabay
Over recent years, Málaga has established itself as one of Andalusia’s star attractions. One day here allows you to experience much that this wonderful city has to offer, from live Flamenco and great restaurants to edgy street art and some of Pablo Picasso’s finest paintings. See for yourself why Málaga is deserving of its reputation as a world-class destination.

Upon arriving in Málaga, seek out the old part of town. This is about a 15-minute walk from the bus station and the Maria Zambrano train station, and takes you over the (mostly dry) Guadalmedina river, past the dilapidated but intriguing quarter of Soho and up Alameda Principal towards the stunning port. Calle Marques de Larios, which will appear on your left, is the gateway to the super-trendy yet typically Andalusian old town centre; the street itself is wide and magnificent, and feels more like a Parisian boulevard than anything else you are likely to encounter in Andalusia, where even main streets can feel narrow and overshadowed. Lined with designer shops and smart cafes and tapas restaurants, it leads up from the port area to old Málaga’s biggest square, Plaza de la Constitución. 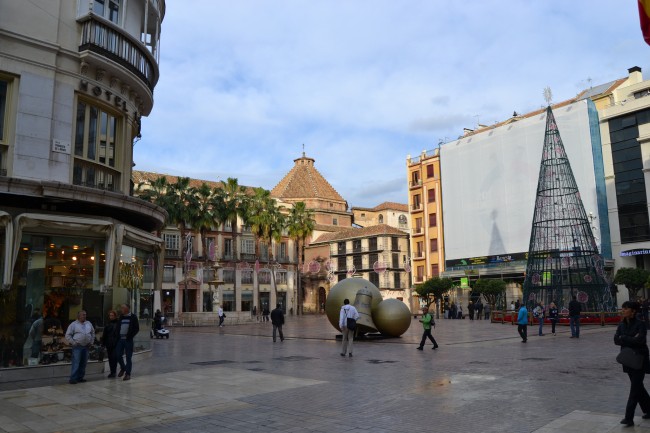 This is the heart of Málaga’s old town. Surrounding you is a network of smaller streets that promise all kinds of delights and treasures. Take Calle Granada, for example, and you weave in and out of squares packed with málagueños socialising on the streets and on restaurant terraces. Such a happy, friendly atmosphere is typical of Málaga and makes interaction with the locals a pleasure. That this part of town also combines modernity and tradition in a way no other major Andalusian city does enhances its charm. Wander up Calle Granada, past Málaga’s most famous restaurant, El Pimpi, and up to the lively and spacious Plaza de la Merced, where Pablo Picasso was born in 1881. This square is a great place to hang out in the sun, as practically every establishment here has a sizeable terrace. 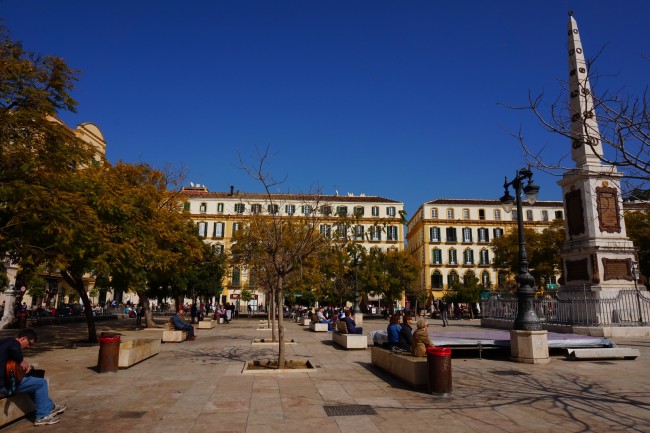 While you’re wandering around what used to be Picasso’s neighbourhood, stop in at the superbly maintained Picasso Museum on Calle San Agustín to see some of his finest works. The museum was opened in 2003 by Christine and Bernard Ruiz-Picasso, Picasso’s daughter-in-law and grandson, and the permanent collection features over 200 works from every stage of Picasso’s eclectic career. Starting from March 2016, the museum will also be displaying a further 166 Picasso pieces – some of them rarely displayed to the public before – over a period of three years.

Have Lunch in El Pimpi

When you arrive in El Pimpi, right next door to the Picasso Museum, old wine barrels signed by local grandees such as Antonio Banderas and Paloma Picasso show off the restaurant’s special status. This is one of the city’s oldest and most-loved eateries, in which traditional Andalusian fare is cooked with flair and sophistication. Enjoy a pre-lunch vermouth (a favourite local lunchtime drink) on the outside terrace, overlooking the Moorish Alcazaba and the Roman amphitheater, and watch the world go by on Calle Alcazabilla. An army of waiters provides excellent service, much like the original pimpis – cheerful locals who would help sailors arriving in Málaga’s port to unload their wares before showing them where to head for a drink and a snack. Particularly recommended here are the mini buey (ox) burgers and the homemade croquetas. 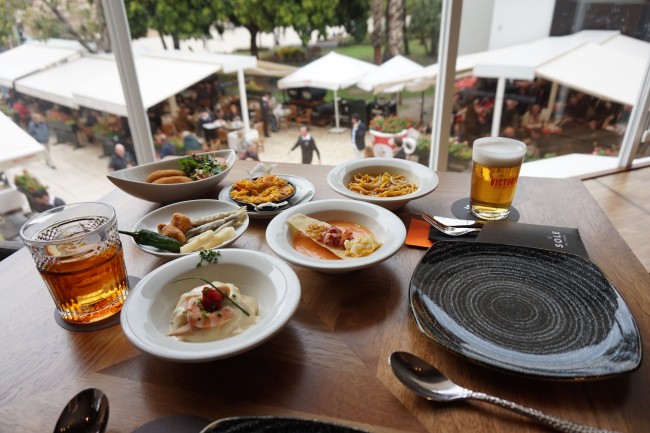 After a post-lunch siesta, head to the stunning port area for a stroll along the promenade. Though Malaga’s huge port has been in use since Phoenician times, this beautiful walkway along the harbour-front has been stylishly modernised in recent years with the addition of the ‘Palm Garden of Surprises’ and is a lovely space in which to walk and watch the cruise ships coming and going. At the far end, near Málaga’s historial bullring, the Paseo del Muelle Uno is another lively thoroughfare packed with bars and restaurants that leads to the Málagueta beach. It’s also home to one of the city’s most exciting art galleries and museums, the Pompidou centre. 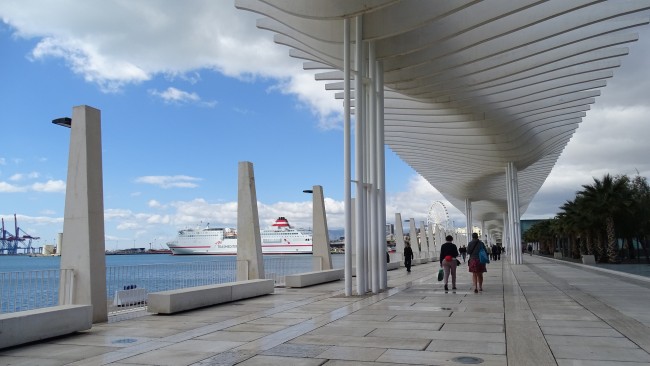 Discover the Street Art in Soho

After a gentle stroll around the port, you could of course head back into the Old Town and visit Malaga’s Moorish Alcazaba. But with just 24 hours in the city, why not do something a bit different instead? Just off the port, bordered by Alameda Principal to the north and the Guadalmedina River to the west, is a now-neglected quarter of Málaga that 50 or so years ago was a desirable residential area. Nowadays, this unloved neighbourhood is home to one of the most exciting street art scenes in Andalusia. As part of the initiative known as Málaga Arte Urbano Soho (MAUS), some of the world’s leading graffiti artists have enlivened Soho’s crumbing facades with amazing spray-paint images. Though there is a map of the works’ locations available on the MAUS website, it’s more fun just to walk around, discovering the wonderful murals as you go.

Have Dinner at Vino Mio

If you want dinner with a difference in Málaga, few places can beat Vino Mio (situated just a few minutes’ walk off Plaza Merced) for friendliness and originality: indeed, it may well be the only restaurant in Andalusia where you can enjoy kangaroo and crocodile while watching a live Flamenco show. This imaginative combination of artistic and culinary pleasures makes dining at Vino Mio a hugely enjoyable experience, and one which is enhanced by the warmth and efficiency of the waiting staff. Deliciously sweet local wines complement one of the most inventive and exciting menus in the city. At the end of the show, which begins at 9pm every evening except for Mondays and Tuesdays, the dancer selects diners to come up and try their Flamenco skills – an experience which will make for an unforgettable finale to your 24 hours in Málaga. 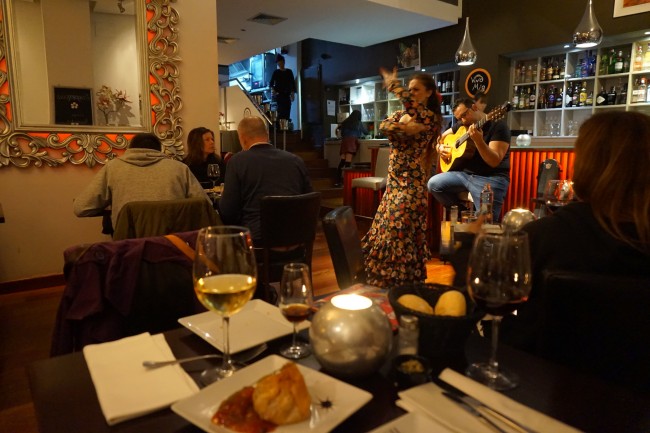 Kangaroo, crocodile and live flamenco is all on offer at Malaga’s Vino Mio | © Encarni Novillo