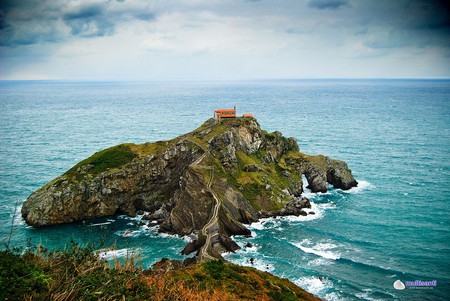 Yes, the Dragonstone in Game of Thrones does actually exist, and even though it has only really been focussed on in series seven, it is already in danger of being overrun by tourists. Those who want to visit the site before it’s ruined should make their way, and soon, to San Juan de Gaztelugatxe in Spain’s Basque Country.

Where Is the Real Dragonstone?

Daenerys Targaryen’s Dragonstone home was actually filmed on the small island of San Juan de Gaztelugatxe, around 35 kilometres (22 miles) northeast of the city of Bilbao in Spain’s Basque Country. The island can be accessed via a bridge and a steep narrow pathway of 241 steps. The steps and the rock can be clearly seen in the popular TV series, although the modest church was replaced with an amazing digitally generated castle that was Daenerys Targaryen’s ancestral home. 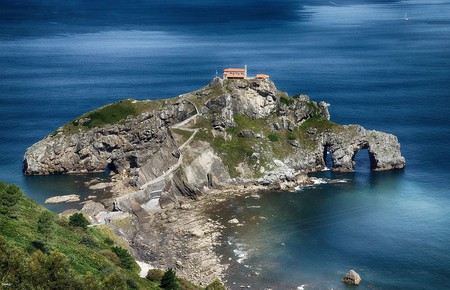 What Is it in Real Life?

Gaztelugatxe is a Basque word that translates as, ‘castle rock’. On top of the rock sits a church that has been attracting pilgrims and day-trippers for many years. Those who make it to the top are richly rewarded with spectacular views over the Bay of Biscay and the Basque countryside.

The first evidence of a hermitage here dates back to the 9th century. Later, in the 12th century, the hermitage was demolished so that a monastery could be built in its place. Since then, the rock has been a defence stronghold for King Alfonso XI, and a prison for suspected witches during the Spanish Inquisition. 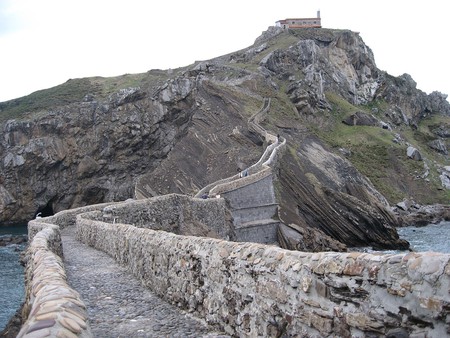 Why Is it in Danger of Being Ruined?

In the last few months, since the new episodes of Game of Thrones were aired, thousands of people have made the journey to visit the real Dragonstone. Spanish newspaper El Pais reported that in the month of July 2017 alone, 75,000 tourists visited San Juan de Gaztelugatxe; that’s around 2,419 people per day who followed in Jon Snow’s footsteps to bend the knee to the Dragon Queen.

Not used to that huge footfall, parts of the rock are now in danger of eroding and crumbling into the sea. According to El Pais, the provincial Environment Department is looking at ways of managing the numbers of visitors to the site, either by capping the number of tourists or by introducing a fee to access the island. Those wanting to make the pilgrimage to Dragonstone in its current state should visit soon.