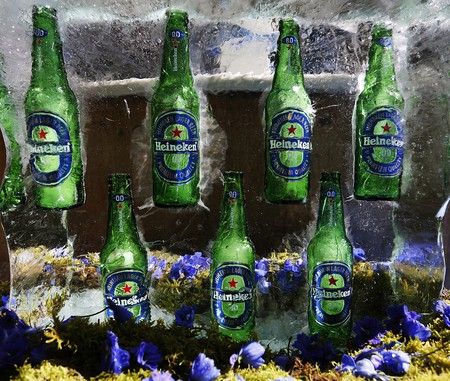 Heineken have just launched a zero-alcohol beer, and, whisper it quietly, they might have just made the first great booze-free lager. 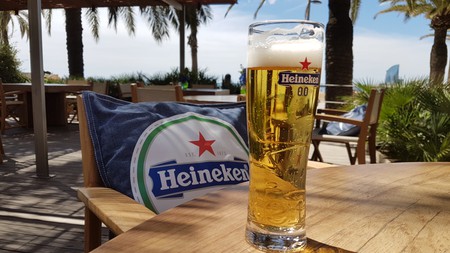 Heineken’s new 0.0 beer isn’t just alcohol free – at only 69 calories per bottle, with a low sugar content and made from natural ingredients, it’s also a genuinely healthier alternative drink for any occasion.

The campaign for Heineken 0.0 is built around the message: ‘Open to all’, and with the ongoing attitude to not consume alcohol before getting behind the wheel, Culture Trip headed off to the Spanish Grand Prix in Barcelona, to find out more from the team behind the launch.

Willem van Waesberghe, global brew master at the company explained, ‘Removing alcohol from regular 5% Heineken would have been easy, but it wouldn’t deliver the best tasting non-alcoholic beer. Heineken 0.0 is brewed from scratch and has a perfectly balanced taste with refreshing fruity notes and soft malty body.’

The Dutch company’s iconic green branding has turned blue for the new product, and Spain’s Formula 1 race saw the different colour for the first time. 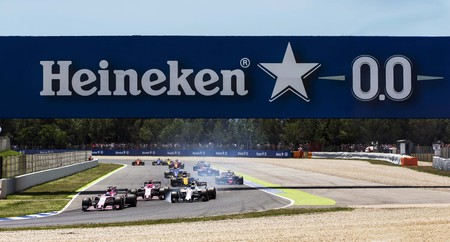 Gianluca Di Tondo, senior director of the global Heineken brand, told us why the new lager was such a important innovation within the industry and beyond.

‘We’ve been discussing this for over two years now. There is a clear trend for health and well-being, and we know that it won’t stop. Consumers have become more aware about the problem of too much sugar and too many calories. We know the beer market is going to change significantly, and if you were to ask me I would say that over 10% of the market will be for non-alcoholic beer in 10 years or so.

‘We are responsible also for the consumption issue. These are two very good reasons for going down this road, and then our master brewer Willem [van Waesberghe] knows that we need something that tastes like a Heineken. Once we got that right, we knew we were ready to launch and we picked Spain because it is the biggest market for 0% beer.’

Spain remains the biggest consumer of non-alcoholic lager because they love lager. Tapas and beer is a classic combination, and the government has also been involved in pioneering the move from 0.5% beer to 0.0%. 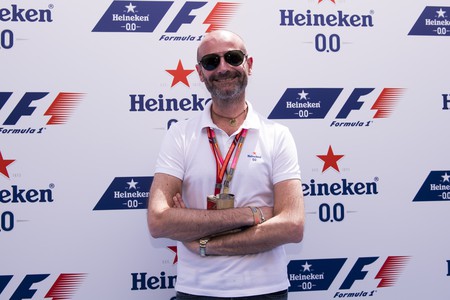 ‘We wanted to make a brand that was also cool. You shouldn’t feel ashamed about a 0.0 beer. I believe that us as an industry didn’t treat this category well. We weren’t convinced about how it was going to go, and people would claim that it tasted the same as the mother brand. That’s not true, it will never taste exactly the same. Taking out the alcohol makes a big difference, but what we’ve aimed to do is have a great tasting 0.0 beer. That’s the different message we are getting out to the consumer. We should make steps in treating this sector better. I’m curious to see how this will do in the UK,’ Di Tondo added.

If you did happen to see the Spanish Grand Prix this weekend, which also happened to be one of the best races of recent years, the bold blue of Heineken 0.0 was inescapable. 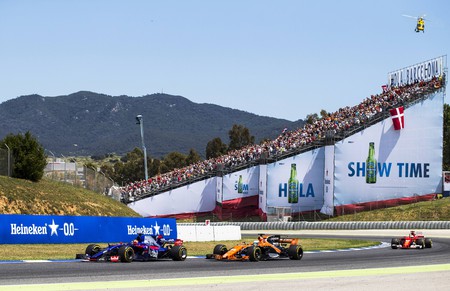 There are obviously various reasons and occasions when non-alcoholic beer is the only option. Di Tondo explained the three key objectives of Heineken 0.0.

‘We wanted no compromises. It had to be 0%. It had to be low in calories. And finally it had to have low sugar content. We are way below the threshold for most major supermarkets. The moment of truth is when we presented it to our sales team, and everywhere so far we’ve had a great reaction.’