Get to Know the Other Ramblas in Barcelona 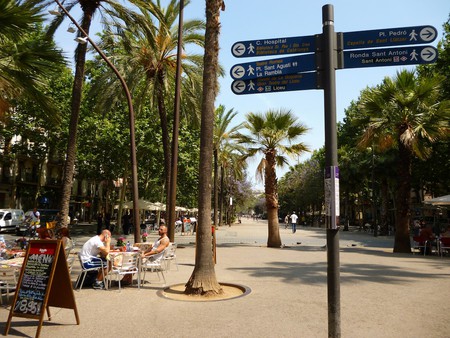 The most famous street in Barcelona, La Rambla (also referred to as Las Ramblas in plural) is a leafy boulevard lined with shops and restaurants in the heart of Barcelona. Yet it isn’t the only of its kind, as there are a number of other streets called La Rambla in Barcelona, and they’re just as much fun. Here’s our guide to the other Las Ramblas in Barcelona you need to check out.

Once an industrial area on the outskirts of Barcelona, Poblenou these days is a trendy neighbourhood popular with young professionals who enjoy living in close proximity to the beach. Old factory buildings and newer apartment blocks stand side by side, with converted warehouses harbouring art studios and co-working spaces.

The Rambla del Poblenou is the main social and commercial hub of Poblenou, and this is where you’ll find most of the bars and restaurants as well as convenience stores and some independent shops. The wide central pavement is covered in terraces and gets very busy at weekends and during the summer.

Atmosphere: The Rambla del Poblenou has all the charm of an old seaside resort, especially at weekends, when families stroll down to the beach. It’s a place where old meets new, with traditional restaurants and craft-beer bars seeming equally at home.

What to see: Stroll down to the bottom of the Rambla del Poblenou and check out the Playa de Bogatell, one of Barcelona’s coolest beaches.

Where to eat: Some of the best places to eat in Poblenou can be found here, including Els Pescadors, a high-end seafood restaurant popular with locals and visitors alike, and El 58, a modern Spanish tapas restaurant with a cool, contemporary interior. 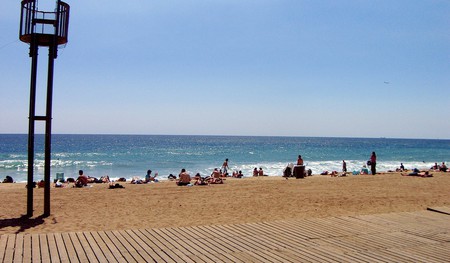 Multicultural, vibrant and full of character, the Raval is one of Barcelona’s most interesting neighbourhoods. Once a seedy no-go area, the Raval is now home to some of the coolest bars in Barcelona, the MACBA contemporary art museum, independent boutiques and vintage stores as well as halal butcheries, spice shops and secondhand furniture stores.

Nowhere is this eclectic diversity more visible than on the Raval’s main pedestrian passageway, the Rambla del Raval. Popular kebab restaurants with queues out the door stand alongside trendy cocktail bars, and you’re as likely to cross paths with seasoned American skateboarders as you are a Pakistani family in traditional dress. 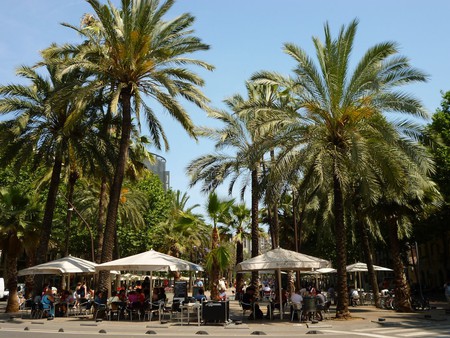 Atmosphere: The Rambla del Raval encapsulates the essence of the Raval: alternative, alive and intense. During the summer, the benches fill with free-living travellers and 20-somethings enjoying the shade of the giant palm trees that line this otherwise urban strip.

What to see: You can’t miss the opportunity to see one of the Rambla del Raval’s most famous residents, El Gato del Raval. This giant metal statue of a cat is an iconic local landmark, and while children enjoy trying to climb it, adults usually find themselves amused by the sight of its scrotum.

Where to eat: For modern Spanish tapas in a cool, colourful space, check out La Monroe besides the Filmoteca de Catalonia. For something a little more high-end, try Suculent, a gourmet tapas restaurant with an enticing selection of dishes to share. 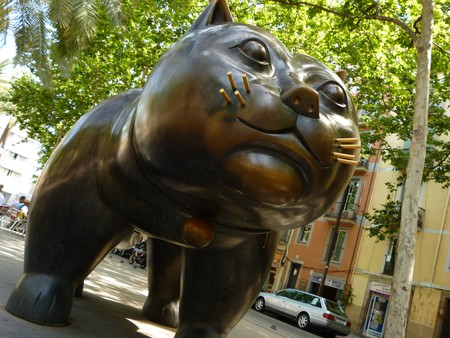 When your neighbour is Barcelona’s second most famous street – the upmarket Passeig de Gràcia – it’s hard to compete for attention. Yet the Rambla de Catalunya is every bit just as sophisticated as the street it runs parallel with: it’s home to designer boutiques, beautiful mansions and chic cafés.

If the Passeig de Gràcia is as much a tourist attraction as a shopping area, the Rambla de Catalunya is more relaxed, even if it is one of the busiest high streets in the city. It’s especially famous for its specialist boutiques selling leathers and fine furs, but is also home to a number of offices, with many big companies having their headquarters nearby. 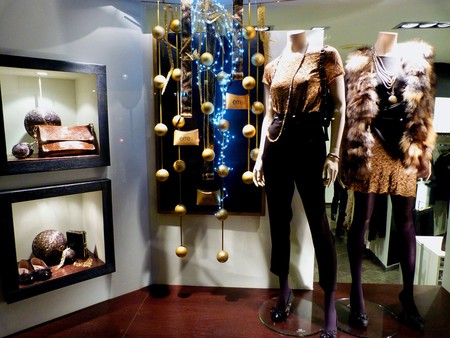 A boutique on the Rambla de Catalunya | © The Brandery / Flickr

Atmosphere: Elegant, expensive and international, the Rambla de Catalunya is a busy avenue where people come to shops, work and play. Elderly ladies from Catalan high society sip their morning coffees next to young Japanese women with shopping bags from some of the city’s most exclusive stores.

What to see: While not as impressive as the nearby Casa Batlló by Catalan architect Antoni Gaudí, the Casa Queraltó is the Rambla de Catalunya’s own modernist treasure. Also worth visiting, the Fundació Tàpies is an art museum dedicated to the work of Catalan artist Antoni Tàpies, one of the most avant-garde Spanish artists of the 21st century.

Where to eat: The Ciudad Condal is a busy tapas restaurant located at the bottom end of Rambla de Catalunya where you can find traditional tapas at reasonable prices. Higher up, tucked away on a popular side street, Boca Grande is a stylish modern Spanish brasserie with a trendy cocktail bar.

If all that’s put you in the mood to shop, why not check out Barcelona’s best vintage shops?