From Bullfights to Battles: A Brief History of La Monumental Arena, Barcelona 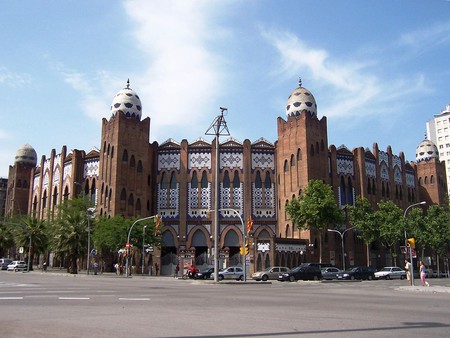 Located in a far corner of the Eixample district, ‘La Monumental’, as it is known locally, was the last public bullfighting ring to close its doors in Catalonia. Inaugurated at the start of the First World War, it was open for just under a century when the Parliament of Catalonia banned bullfighting. However, far from falling into abandonment, the ring has discovered a new life as a stage for music, sports and more in the Catalan capital.

The Origins of La Monumental

Bullfighting has for centuries played an important part in Spain’s culture, thought to have been present in civilisations as far back as the Ancient Greeks or Romans. In Spain, the practice is known as ‘la corrida‘ and is governed by specific rules with the matador (literally, ‘the killer’) being assisted by his cuadrilla or ‘entourage’ of six men.

Unsurprisingly, fatalities are commonplace – not least for the bull, which is nearly always killed – but for the matador and his assistants as well. In Spain, there has even emerged a type of doctor who specialises in treating the type of puncture wound – named cornada – that results from matadors being gouged by the bull’s horns. 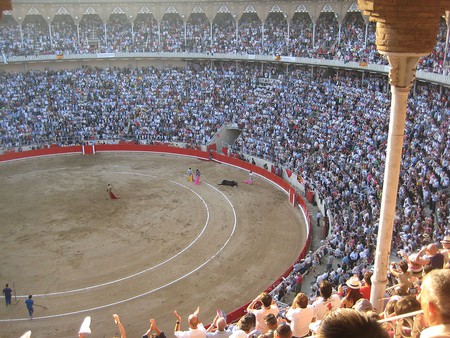 The last bullfight in Barcelona | © МаратД

However, over the past few decades, the popularity of the sport has come into question in certain parts of Spain, and in 2010 the Parliament of Catalonia became the first province to officially ban bullfighting. There are many arguments as to why this was the case, ranging from questions of animal welfare to the Catalan independence movement.

At the time, there was just one commercially operated bullring still open in Barcelona, namely the Plaza Monumental de Barcelona, or simply ‘La Monumental’. Inaugurated in 1914 under the name ‘Plaza de El Sport’, the ring could seat 24,000 spectators and was the most modern of the bullrings in Barcelona, the other two being the Plaza de El Torín and the Plaza de las Arenas – both of which had either been demolished or ceased to operate by the time the vote was passed. La Monumental was designed in a mixture of neo-Mudéjar and Byzantine architecture, featuring horseshoe archways and ornate arabesque tiling. 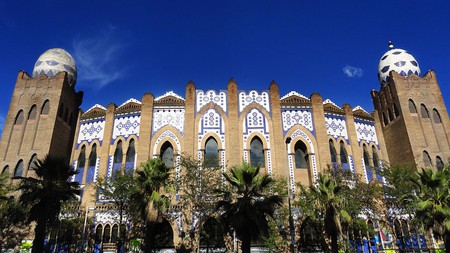 During its time, La Monumental had hosted a number of high-profile or memorable fights, not least the day in 1956 when, for the first time ever in Spain, three non-Spanish matadors fought in one day (César, Rafael and Curro Girón from Venezuela). It was also here that Spanish matador José Tomás returned to the ring for the first time in five years after having previously announced his retirement from bullfighting.

From Bullfights to The Beatles

On July 28, 2010, the Parliament of Catalonia voted in a law banning bullfighting throughout the province, putting into question the future of the remaining bullfighting rings in the area. Although the popularity of the sport had dwindled in recent years – with many rings struggling to fill even half the seats – there were still three rings in operation in Catalonia at the time.

However, already during its heyday La Monumental had hosted a number of popular musical events, the most famous of which is undoubtedly the 1965 concert of The Beatles, which an estimated 25,000 guests attended. It was also here in 1976 that The Rolling Stones performed their first ever concert in Spain, while other notable acts include Bob Marley, Bruce Springsteen and Tina Turner. 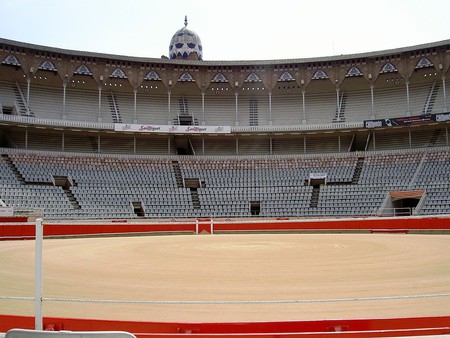 Inside La Monumental | © Re Artù

Despite its prior success as a music venue when the bullfights were stopped in 2012, La Monumental briefly fell into disuse, and its future has largely seemed uncertain. There have been various rumours as to what the ring may be reused for, not least a proposal by Catalan architect Xavier Vilalta to transform the venue into a centre for ‘environmental sustainability, sports and animal welfare’.

Crucially, political events have also raised new hopes for the venue, as in October 2016 the highest court in Spain overturned the decision by the Catalan Parliament, stating that it had no right to introduce the ban in the first place. Since then, it is now once again legal for bullfights to be held in La Monumental, although there have been no official plans to do so.

In the meanwhile, though, La Monumental continues to live on, hosting and eclectic mix of events ranging from a street-food market organised by local group Van Van Market, to an international historic medieval battle event taking place later this year hosted by Battle of the Nations. While the future of La Monumental may be all but clear at this stage, it seems safe to say that there is still life in the old ring yet.