The magnificent Dalí Theater-Museum features one of the largest collections of surrealist Salvador Dalí’s work, from his earliest artistic creations through to works from the final years of his life. Showcasing the Spanish artist’s fascinating world, the museum offers the opportunity to explore the mind of a genius. 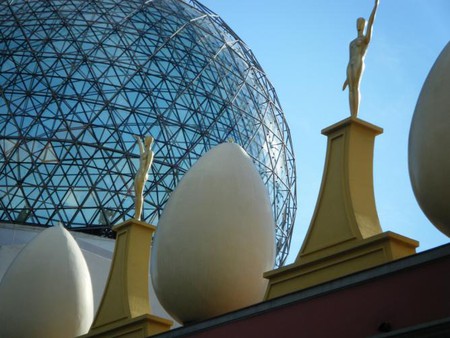 The Dalí Museum in Figueres | © emmabee97/Flickr

Born in the Spanish town of Figueres in 1904, Salvador Dalí was an artist and showman with a reputation for creating bizarre and sometimes disturbing surrealist work. His highly imaginative mind is revealed by his extensive and impressive artistic repertoire, which encompassed painting, sculpture, photography and film.

Dali became recognized across the world as a surrealist artist in the period from 1929 to 1939, and it was during this time that he produced many of the paintings that are admired so much today. His most famous and recognized piece, The Persistence of Memory (1931), shows unforgettable images of melting clocks, an idea that Dalí claimed symbolized the soft melting nature of Camembert cheese.

Though the artist’s notoriety enabled him to work and travel to more alluring parts of Spain, Paris and even America, it was towards the end of his career that Dalí chose to return to his hometown of Figueres to begin work on creating his greatest masterpiece yet, the Theater-Museum. The institution occupies a former Municipal Theater building that was destroyed at the end of the Spanish Civil War. During the early 1960s Dalí decided to build his museum from the nineteenth century ruins; Dalí insisted on actively participating in the structure’s planning, design and rebuilding.

At the time of the Museum’s inauguration Dalí, in typically elliptical fashion, explained why he wished to construct the institution:

‘It’s obvious that other worlds exist, that’s certain; but, as I’ve already said on many other occasions, these other worlds are inside ours, they reside in the earth and precisely at the center of the dome of the Dalí Museum, which contains the new, unsuspected and hallucinatory world of Surrealism.’ 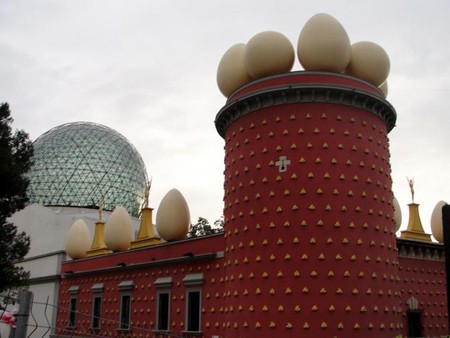 Dalí’s vision became a reality with the official inauguration of the Dalí Theater-Museum in 1974. The spectacular creation is like no other. With over 20 large rooms full of his original work, Dalí endeavoured to show his massive collection as an ‘entire’ work: for this reason he abandons the idea of displaying works in a subjective or chronological order. Everything in the museum has been created and designed by Dalí himself in order to offer a real insight into his unique and captivating life. His world of fantasy blended with eclectic architecture, sculpture and paintings, gives an absolute surrealistic experience. Some of Dalí’s most outstanding pieces of work are on display together with a range of works created specifically for the museum, such as the Wind Palace Room, the Rainy Cadillac, and the iconic Mae West Room, with the red lips that resemble a soft sensual couch, integrating objects to create an illusionistic composition. The jewels in the Dalí Jewels Museum are spectacular and show his original sketches alongside the actual pieces of jewellery based on his designs. Housed in a separate part of the building with low lighting, their display is phenomenal.

The artist sought to include work from other artists and, as such, artworks from El Greco, Marcel Duchamp, and Antoni Pitxot can also be seen. One of the most striking components of the museum is the transparent structure that takes on the form of a geodesic dome crowning the building, a concept that was created by Dalí and brought to life by the architect Emilio Pérez Piñero (1935-1972). The dome has not only become an iconic motif of the Museum but also a symbolic reference for the town of Figueres. Known for his quirky and unconventional outlook on life, the Dalí museum is no exception, displaying a broad range of the artist’s peculiar and outlandish work. The organized chaos of the museum adds to the evocative atmosphere of the displays, particularly in the great ceiling fresco in the hall of the Palace of the Wind, where a painting of Dalí and his wife Gala’s dancing feet dramatically cover the large ceiling space. 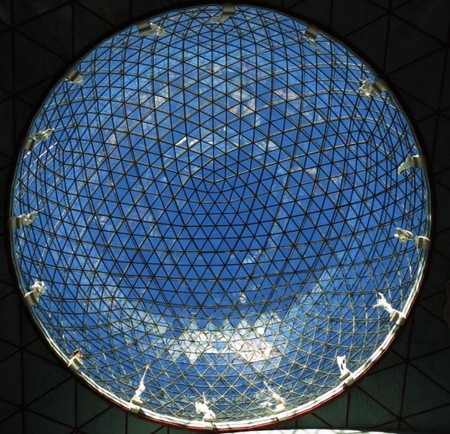 Dalí’s broad range of work — developed through experimentations with Cubism, Futurism and even Dada and Metaphysical painting — evolved naturally into Surrealism by the late 1920s. He was influenced by the likes of Picasso amongst other artists, and he studied at the Academia de San Fernando (School of Fine Arts) in Madrid in 1922. It was here that Dalí formed close friendships with the poet Federico García Lorca and the film director Luis Buñuel, with whom Dalí made the acclaimed film Un Chien Andalou (1929). His odd dress-sense and manners gained him great attention and he often became referred to as a ‘mad genius’; the extraordinary legacy of the eccentric artist is shown in his museum with an air of perfection. His notoriously unorthodox pieces fill viewers with amazement and confusion, yet his work should also be admired for its great depth and painterly skills.

From 1950 to 1970 his work began to embrace new themes, many of these of a religious nature, but also involving eroticism or memories of his childhood. Throughout his career, Dalí’s wife Gala features in a number of his paintings culminating in an almost goddess-like vision. Shattered by Gala’s death in 1982, Dalí was no longer the same; his health deteriorated until his eventual death in January 1989. He is buried at the Dalí Museum at Figueres.

The modernity of the Dalí Museum is enchanting and his chaotic yet cleverly creative mind is exhibited in all its glory. It is more than just a museum of his work; it is a fascinating step back in time to discover his rich life. A visit to the crazy world of Dalí will add another dimension to one’s education in Surrealist art.

The permanent exhibition of his work is the second most visited museum in Spain (the Museo del Prado in Madrid is the first). The Dalí Theater-Museum is a reasonably short train journey from Barcelona yet well worth the visit. It is open all year round, though closed most Mondays between October and May, and during the peak season of June to September arriving early to avoid busy tourist crowds is highly recommended.