The Catalan capital has a long history of welcoming some of the most prominent figures of the European art world. Perhaps one of the most famous of all, Pablo Picasso spent many years both living in and painting the city which played such an influential role in his early years. Discover the story of Picasso’s relationship with Barcelona and how the city still bears his mark today.

Pablo Picasso was born in Andalusia to a middle-class family, his father being a professor at the local school of fine arts. From a very young age, Picasso is said to have shown an interest in and ability for art, especially painting and drawing. At the age of 13, following the tragic death of his younger sister, Conchita, the family moved to Catalonia and settled in the capital, Barcelona. 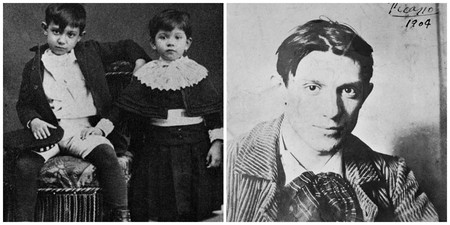 Picasso with his sister | Picasso in 1904 © RMN-Grand Palais

From then onwards, and for the rest of his life, Picasso largely considered Barcelona to be his home, if not materially, then at least in spirit. Soon after arriving, he successfully completed the entrance examination to the local fine arts college, known then as the Llotja School of Fine Arts – the same school which would be attended by Joan Miró a few years later – and enrolled in the advanced class that same year.

Just two years later, Picasso was sent by his father to study at the most prestigious art school in the country at the time, the Reial Academia de Bellas Artes de San Fernando in Madrid. Despite his young age, the artist produced a number of pieces which have gone on to receive critical acclaim, including The First Communion (1896) and Portrait of Aunt Pepa (1896).

On The Trail Of Picasso’s Barcelona

Although the artist traveled across Europe while in his late teens, with stints in Madrid and Paris (where he would go on to spend most of his adult life), Barcelona continued to be an important place for the artist. One of the first places he lived on his own was his small artist’s studio located on Carrer de la Plata, which today is home to a luxurious five-star hotel known as the Hotel Serras.

The artist frequented a number of spots across the city although only a handful were regular hangouts of his. Perhaps the most famous of all is the Quatre Gats restaurant on the Plaça Reial, for which Picasso himself drew a menu which is still in use to this day. 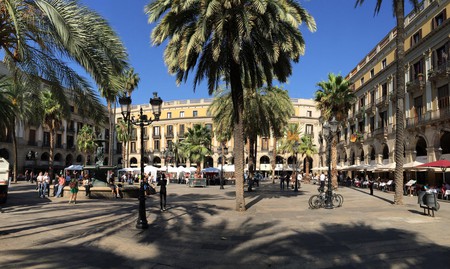 Another place rumored to have been frequented by Picasso – and just about every other artist to have passed through Barcelona, from Salvador Dalí to Ernest Hemingway – is the infamous absinthe bar, Bar Marsella. Located in the heart of the Raval – once a no-go area for tourists and the wealthy – the bar has retained much of its original charm and continues to be frequented by both curious travelers and locals.

The city, its inhabitants, streets and atmosphere became a large source of inspiration for Picasso, who depicted them in his work on more than one occasion. Contrary to the common misconception, one of Picasso’s most famous paintings – Les Demoiselles d’Avignon (1907) – depicts not a group of ladies in the French town of Avignon, but rather prostitutes from the brothel located on Avignon Street in Barcelona. 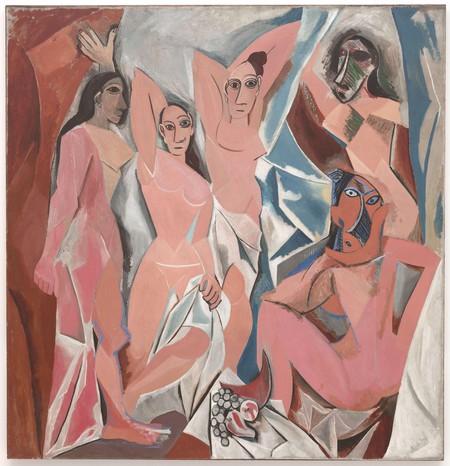 The largest collection of the artist’s work to be held under one roof is housed in the Picasso Museum in Barcelona. Located in a former bourgeois townhouse in the heart of the old Gothic Quarter, the museum’s collection extends to over 4,000 pieces of work by the artist.

Specifically, the museum focuses on telling the story of the artist’s relationship with the city of Barcelona, and the vast majority of paintings on display date from before 1917 and the artist’s move to Paris. The exception being the Las Meninas series – a series of 58 paintings Picasso created as a reinterpretation of the eponymous masterpiece by artist Diego Velázquez – which Picasso painted in 1957. 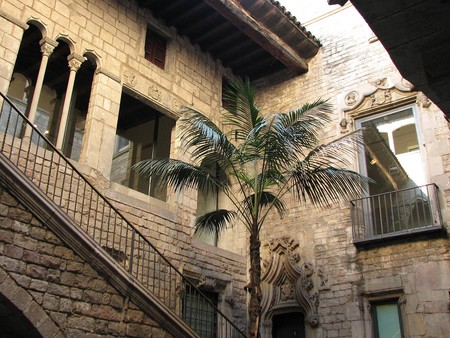 The entrance to the Picasso museum in Barcelona | © marimbajlamesa

Just as Picasso could never truly leave Barcelona, it seems the city is forever to be synonymous with the name of one of the most influential figures of the 20th century. Along with Dalí, Miró, and Gaudí, Picasso is one of the many artists to have left their mark on the city, inspiring creative minds for generations to come.