One of the most iconic of Barcelona’s neighborhoods – and also one of its smallest – the Barceloneta is the city’s former fishing quarter located on the shores of the Mediterranean. Owing to its ideal location and quaint, village feel, the neighborhood is one of the most popular places to stay during the warmer months – which hasn’t gone without breeding a certain hostility from its local residents. Read on to discover our local’s guide to one of Barcelona’s liveliest neighborhoods.

A bit of background history

Despite La Barceloneta’s important social history, it’s a relatively recent addition to Barcelona’s urban landscape. In fact, the triangular patch of land which extends into the sea and is today known as La Barceloneta was only created in the 14th century, before which the coastline ran straight from Poblenou to the Poble Sec. There had been numerous attempts throughout the history of the city to create a dam to protect the ships in the old harbor from the strong maritime winds. However until the 14th century all previous attempts had been unsuccessful. 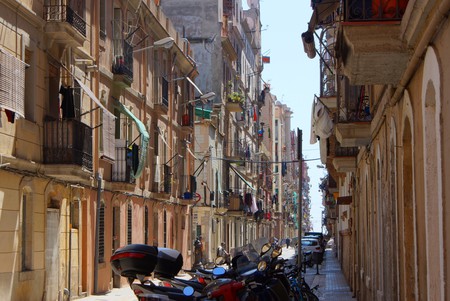 In the 18th century the construction of the Ciutadella Park forced hundreds of residents out of their homes, which prompted the creation of houses on the until-then-deserted Barceloneta. Given its proximity to the sea, the neighborhood rapidly became home to the city’s fishermen and was a largely poor, working class area for most of its history. One trace of this still visible today is the fact that the apartments in La Barceloneta are notoriously small, averaging about 30 square meters, as much of the resident’s life was carried out in the public squares, markets and fishing docks.

Since the 1992 Olympics and the surge of tourism which ensued, La Barceloneta has become one of Barcelona’s most popular places to stay, with a large number of apartments having been converted into accommodation for tourists. In recent years this has lead to growing frustration from local residents who argue that the neighborhood is losing its soul as locals are unable to afford to live there anymore. Not least as the rise in tourism also corresponded to a time of rapid decline for the city’s large-scale fishing industry.

Despite all this, La Barceloneta remains one of the liveliest neighborhoods in Barcelona, with a tightly-knit community and strong social history.

Undoubtedly one of the best things to do in La Barceloneta is to go for a stroll along the beach, regardless of the time of year. While Barcelona’s coastline may not be one of the most attractive – compared to the seaside gems of the Costa Brava for instance – it has everything you need for a fun beach day if the sun is out. In the cooler months opt for a walk along the boardwalks and admire the many landmarks which appear along the way – such as Frank Gehry’s Peix d’Or or Rebecca Horn’s Homenatge a La Barceloneta. 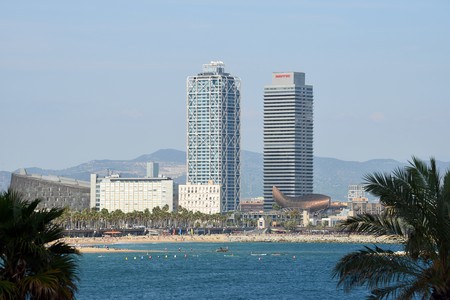 At the heart of La Barceloneta is the public market which serves as the main trading point for many of the remaining local fishing fleets. Less famous than the Boqueria market on La Rambla, the market in La Barceloneta has retained much of its authenticity and continues to cater to local shoppers. Help keep things that way by buying produce to cook at home rather than ready-to-eat snacks aimed at the tourist trade.

Last but not least, the Casa de La Barceloneta is a former residence converted into a museum dedicated to the history of the neighborhood. The museum is home to a large photographic archive which is regularly on display to the public alongside other exhibitions.

Unsurprisingly, La Barceloneta is best known for its many fish and seafood restaurants and – perhaps just as unsurprisingly given its popularity with tourists – these range from the very good to the best-avoided. One of the most famous of the city’s seafood restaurants shares its name with the neighborhood, La Barceloneta, and is located within the old harbor, Port Vell. 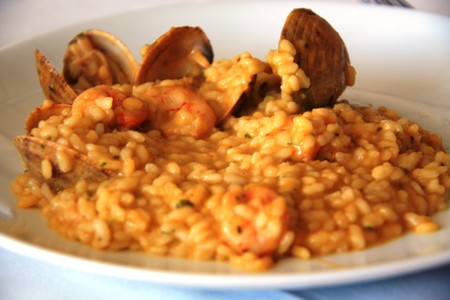 For some sophisticated fine dining, opt for either Ten’s Tapas by famous Catalan chef Jordi Cruz, or Bravo24 by Carles Abellán located inside the iconic W. Hotel. Whereas if it’s something more traditional you’re after, head to El Vaso de Oro where they brew their own beer and serve a selection of authentic tapas cooked on the plancha.

Another popular option during the summer months is to grab a drink at one of the seasonal pop-up bars known as chiringuitos. There are many all along the waterfront of La Barceloneta, ranging from the more traditional to the more modern – such as La Guingeta or even Pez Vela. 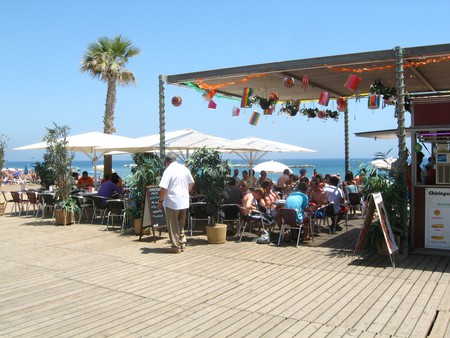 There are relatively few hotels in La Barceloneta proper, owing both to the small size of the neighborhood and the growing opposition from local residents in recent years. Despite this, one of the most famous hotels in the city – and one which has redefined the coastal landscape – is located at the very tip of La Barceloneta pier: the five-star W. Hotel. Much more casual is the Hotel 54, a modern hotel overlooking the Port Vell Marina and at the heart of La Barceloneta’s social life. 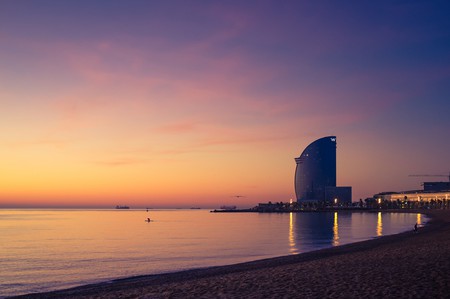 The W Hotel | © Enric Fradera
Give us feedback