Could This be the First Banksy Artwork in Spain? 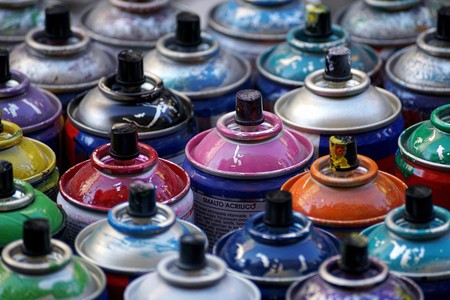 Has Banksy left his mark on Spain? | @suju/Pixabay

A mural with all the hallmarks of the British graffiti artist has appeared in Spain sparking excitement that it could be the first Banksy in the country.

Graffiti that has appeared in the town of Ferrol, in Galicia, northwest Spain, has been dubbed “Spain’s first Banksy” by locals eager to welcome the reclusive British artist to their town.

The work, which depicts two members of Spain’s Civil Guard kissing, was discovered by locals on April 17 in a spot that had been reserved for the artist himself with a sign reading “reservado para Banksy” (reserved for Banksy).

The sign was painted on the wall last year as part of a festival of urban art, Meninas de Canido, during which artists paint the walls of the neighbourhood of Canido as part of a regeneration initiative.

The possible Banksy shares the area with works by Spanish artists created during the festival that offer their take on Las Meninas, the masterpiece of Diego Velázquez that hangs in Madrid’s Prado Museum. 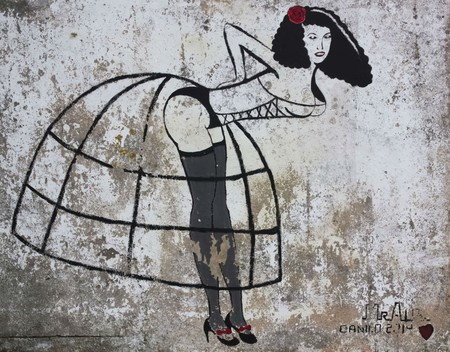 One of the festival’s organisers, Eduardo Hermida, told Europa Press that he could not “corroborate the authenticity” of the artwork.

“We don’t know if the work that has appeared in the reserved spot is original or not,” he said but added that if it was confirmed to be an original Banksy, it would catapult the local festival to worldwide fame.

“If it’s an imitator, it’s the work of an unknown inspired by the technique of a great,” he added.

Hermida confirmed that a few months ago he had emailed the coordinates of the wall reserved for the mysterious British artist to Banksy himself. Whether or not he used them to leave his mark last week remains unclear, but if his Instagram is to be believed, it could be the work of an imitator.

Banksy, known for his satirical street art that often features scathing social commentary, is known to publish a photograph of his artworks on Instagram the day after they are completed. 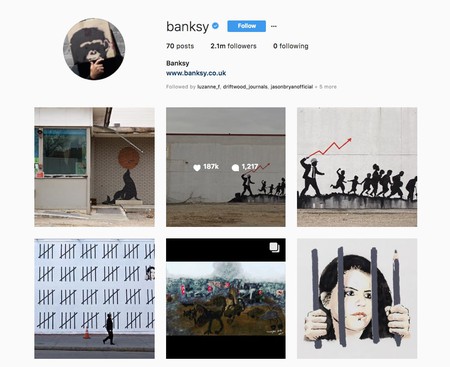 The artwork has not appeared on Banksy's Instagram page | @Banksy/Instagram

While the Ferrol mural does bear a resemblance to Banksy’s “kissing coppers”, originally spray painted onto the side of a Brighton pub, so far no photo of the kissing Guardia Civil officers has appeared on the artist’s Instagram account.

The artwork has found fans across Spain, not least the Guardia Civil itself, which tweeted its appreciation of the graffiti, writing “Well, it would be good to be the protagonists of the first Banksy in Spain, don’t you think?”

While it could be a work in homage to the graffiti artist, one thing is for sure: Spaniards are eager for their own Banksy. So if the artist is currently debating a location for his next work, he knows where he’ll be welcomed with open arms.