Cocido Madrileño: The Stew That Has Sustained Madrid for 600 Years 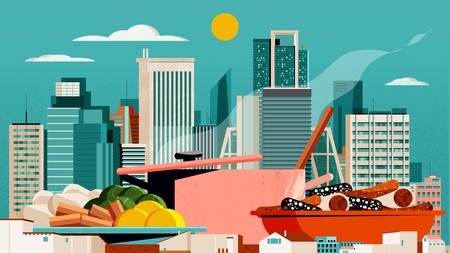 Cocido Madrileño is an unbelievably substantial pottage of chickpeas, sausages, and sturdy vegetables unique to Madrid. It’s as emblematic of the Spanish capital as the Prado Museum or the Retiro Park, and is so much more than just a stew.

Cocido Madrileño is one of those regional dishes shrouded in mysticism. It has the power to bring friends and family together, and cure everything from colds to hangovers. Its myth has been furthered by Spanish poets and playwrights throughout history, including the great Lope de Vega. Its legend lives on, gently simmered in award-winning restaurants and grandmothers’ kitchens.

It sounds deceptively simple: chickpeas, meat and fideos (a thin, short pasta noodle) are slow-cooked in a broth sturdy enough to cut through the most unforgiving of winter days. Traditionally, it’s then divided and served in three parts or, as Madrilenians call them, vuelcos; broth, chickpeas and vegetables, then the meat.

“It is a lot of food. After a good cocido, most people need a siesta,” warns María Paz Moreno, author of Madrid: A Culinary History. The writer goes on to explain how, in 17th-century Madrid, “you could show your social status depending on the amount of meat you could afford to have in your cocido.”

That’s not to say the dish was only for the rich. It transcended class boundaries, appealing to royals and peasants alike; a rather surprising fact, considering how fraught with political turmoil its humble origins are. It’s thought cocido Madrileño comes from a Jewish lamb and vegetable stew called adafina, which was eaten on Shabbat. “During the 15th century, Jewish people living in what is now Spain were forced by the Catholic Kings, Ferdinand and Isabella, to convert to Christianity in order to stay in the country,” Moreno says. “If they didn’t convert, they could be brought to the infamous Inquisition, or be expelled from the Iberian Peninsula. To show that they had, in fact, converted, they would add pork meat to their stew.”

Over the centuries, adafina blended elements from other local stews and incorporated new ingredients. “Potatoes, which are now always part of the dish, and pimentón (paprika), also often added, came from the Americas and are later additions,” says Moreno. It would be fair to say, then, that cocido Madrileño was shaped by the different cultures that settled in the Iberian Peninsula, just like the capital itself.

Different variations of cocido can be found throughout Spain. There’s the northern cocido Gallego, which is served in two vuelcos instead of three, or the southern cocido Andaluz, which is topped with mashed garlic. Though these are popular in their respective regions, none has embedded itself into the fabric of a city quite like cocido Madrileño. Moreno explains why: “There are not too many exclusively Madrilenian dishes, so perhaps this one has become iconic because it is really from Madrid.”

So long as it features the holy trinity of broth, chickpeas and meat, each Madrilenian’s take on the recipe is as authentic as the other, regardless of whether it’s cooked in traditional clay jars or in a big old pot.

The cooking process itself is a true labour of love, one that requires soaking chickpeas overnight, infusing flavour into a broth with pork or chicken bones (or both), and a good few hours of coaxing over a low fire. Perhaps that’s why, in recent years, more and more Madrilenians have been eating it out rather than prepare it at home. 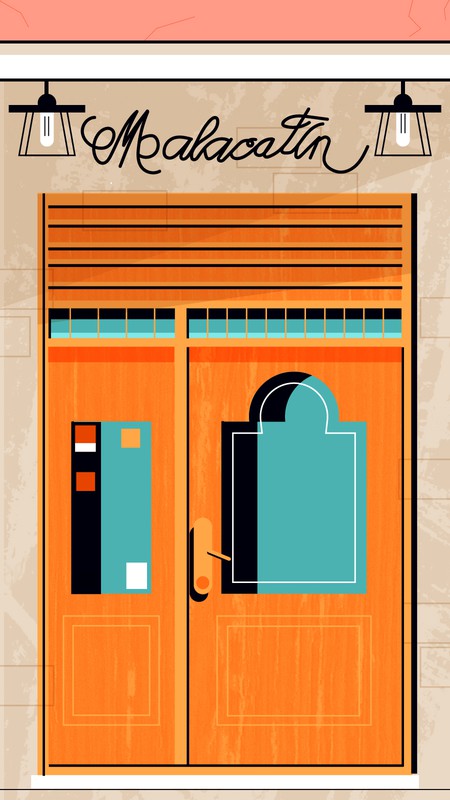 “Nowadays, due to increased working hours and people living a different kind of lifestyle, cocido isn’t cooked at home so much,” says José Alberto Rodríguez, owner of Madrid institution Malacatín. “But people miss the dish, miss connecting with their history through their taste buds.”

Which is why they’re likely to end up in Rodríguez’s tavern. Most restaurants in Madrid serve cocido on a Wednesday but for eateries like Malacatín, it’s a menu staple all week long.

Rodríguez’s place has been filling the bellies of discerning Madrilenians for more than 100 years, one of 12 centenary restaurants in the capital. He’s the fourth generation to carry on the tradition, and his cocido remains more or less the same as it did back in the 19th century – simple, satisfying and sumptuous.

“We use quality ingredients and cook our cocido in nine different jars for five hours,” explains Rodríguez. Rumour has it that if you manage to finish the whole kilo’s worth of food, you eat for free. And if you don’t (which is more likely), the leftovers go to homeless shelters across the city. Plus, the broth and potatoes are also used to make other delights like croquetas or mash.

Another centenary institution worth mentioning, one that comes highly recommended by Moreno and any city dweller worth their salt, is La Bola. “It is a beautiful place where you can even peek at their kitchen and see the clay jars over the charcoal, cooking for hours,” gushes Moreno.

La Bola is also a family-run venture, with the Verdascos at the helm. “Our cocido reflects Madrid,” says Mara Verdasco, the family’s eldest daughter. And sure enough, head here for a hearty lunch (cocido is best enjoyed for lunch) and you’ll find the restaurant pulsing with energy and people. 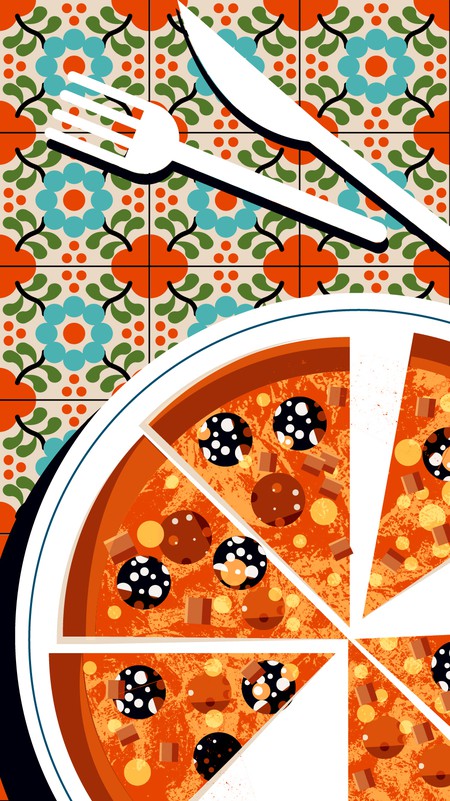 Though these establishments offer a traditional cocido Madrileño, it’s not the only way to enjoy the dish’s flavours. La Rayúa, another Verdasco family venture, takes cocido in unexpected directions, including cocido pizza and arroz Madrileño. Though purists may wrinkle their noses at such combinations, isn’t incorporating different cultures and ingredients precisely how Cocido Madrileño as we know it today came to be?

One thing everyone agrees on, however, is that cocido should be enjoyed in good company, and washed down with a glass of wine. “It’s a dish to be enjoyed leisurely,” Rodríguez says. “It’s important to accompany it with great conversation and an even greater wine, to really bring out the different flavours.’’ That’s its true legacy.