Inside The Gothic Barcelona Of Novelist Carlos Ruiz Zafón 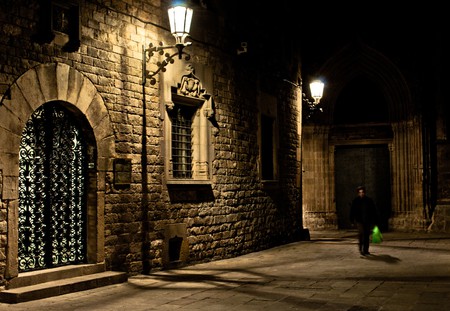 Carlos Ruiz Zafón, one of Spain’s most famous contemporary writers, was born in Barcelona in 1964. Author of several bestsellers translated into many languages, his works include The Shadow of the Wind, The Angel’s Game and The Prisoner of Heaven. His novels are thrilling, often dark, and always exciting — characters struggle, fight and suffer in search of love, knowledge, truth and fame. Uniquely Gothic in tone, a heavy sense of foreboding hangs over the pages as deeply as the shadow of the Francoist dictatorship in a region where a distinct language and culture were highly valued.

Ruiz Zafón’s novels often represent a coming of age, where young men shape their futures around the written word and struggle under the tortuous weight of recent history. But in the midst of their adventures, their pain and anguish, there’s always something in the background that irrevocably shapes their destiny – the city of Barcelona itself. 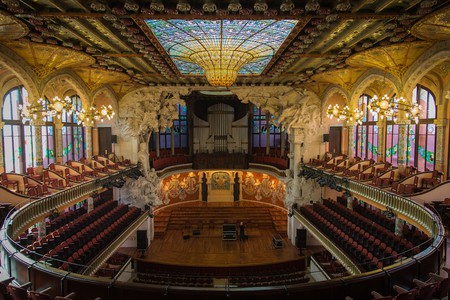 Anyone who has read any of Ruiz Zafón’s books can imagine the Barcelona he captures so exquisitely. However, it’s not entirely the version one might expect – it’s a city of mist, ominous silences, winding alleys, dark corners and the unshakeable, inexorable sense that the city is watching you. Far from the image of the sunny tourist paradise that reigns in current popular imagination, the author unearths the dark and mystery of Spain’s second city, transforming it into a place of fear and danger.

Inextricably tied to the political and social climate of the time, the atmosphere of the city in the novels is tense, gloomy and often frightening – the author describes Barcelona in an interview with The Independent as ‘haunted by history’, scarred by long-lasting and often violent trauma stemming from decades of conflict and tyranny. It is characterised as a place where mistrust, fear and anxiety ruled – a world apart from the carefree and easy-going nature of the city we know today. The Ramblas, the epicentre of Barcelona’s touristic landscape, wakes up slowly, hazily, ‘like a watercolour coming to life’. Storms break ‘spilling like rivers of blackened blood’ over the Raval quarter, while the mythical, fantastical buildings and parks of Gaudí loom and leer in the distance. The grandiose houses on Avenida del Tibidabo stand tall and proud, unapproachable and impenetrable – while above the city, the shadow of the barbarity and pain of the Civil War is embodied in Montjuïc Castle. All these landmarks we know and love so well are flipped on their heads, giving us a valuable glimpse into the anguished history of the city. 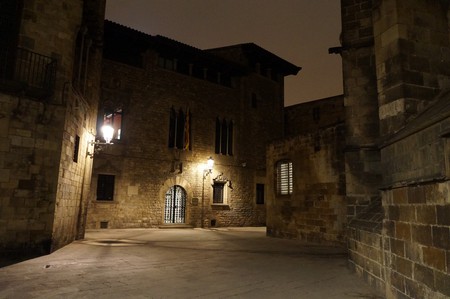 While this sense of misery and pain prevails throughout the novels, an undeniable feeling that the city is an ‘extinguished civilisation’, there is also an inescapable magic and mystery that engulfs both the protagonist and the reader as entirely as Barcelona’s morning mists. The Cemetery of Forgotten Books is a prime example. The only constant in Ruiz Zafón’s three novels, this enchanting yet haunting labyrinth contains tottering towers of books as high as the eye can see, winding corridors, echoing chambers and – best of all – it’s a secret. Simultaneously a symbol of death and hope, the Cemetery is a relic for everything the city has lost, and everything it can one day regain.

The cemetery acts as the catalyst for each of the protagonists to embark on their adventures. Locked away in this dusty tomb is a treasure trove of history, knowledge, culture and words – which the author has acknowledged is a metaphor for ‘all the things that make us human, for collecting memory’. While there is sadness and despair, with the presence of words comes a sense of hope. For the characters, words and stories are their redemption, and the cemetery in this multi-layered city is the key to unlocking it.

Always lurking in the background, never quite disappearing fully and sometimes bursting into full view, the city of Barcelona acts as a rich tapestry behind the characters’ quests. Enigmatic and sullen, there is always the sense that something, somewhere is being held back – that the city is capable of far more than it lets itself show. Ruiz Zafón uses language masterfully to present this wounded yet magnificent metropolis, where both dreams and nightmares come true – and while the characters change from book to book, the backdrop remains unchanged. Barcelona stays constant, traumatized yet unyielding: the ultimate protagonist.