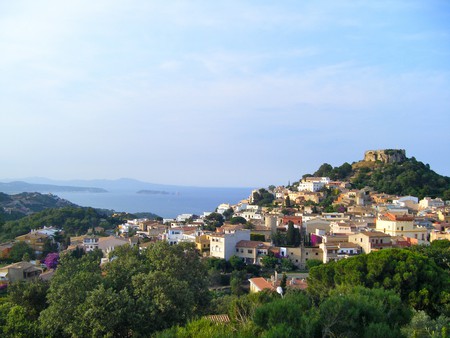 Most towns in Spain’s Costa Brava region feel typically Spanish or Catalan in their look or feel, but the picturesque town of Begur offers something different in its Cuban-style architecture, festivals and culture. Culture Trip explores the little pocket of Cuba in Catalonia, which often escapes the tourist radar.

Begur lies in the heart of the Costa Brava region, around an hour east of Girona, perched high on a hill overlooking the Mediterranean. Grand Cuban mansions punctuate the rows of ice-cream-coloured houses covered in bougainvillaea, and a lively square stands in the middle of steep cobblestone streets, hosting a weekly market. Around Begur, in amongst the Catalan charm, lie signs of the Caribbean – in particular, Cuba – in the Cuban neoclassical architecture, cocktail bars and music and cultural festivals, which occur throughout the year. 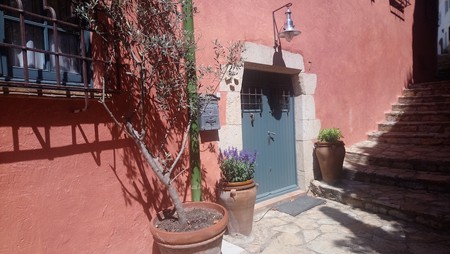 During a time of economic crisis within the area during the 19th century, approximately 500 of its 2,000 residents left Begur to make their fortunes in the Americas, and in particular, Cuba. When they returned, some had indeed made their riches and were eager to recreate their Cuban experiences back home.

Around this time, Begur was also often referred to as ‘Little Africa’ because geographically, it was more difficult to reach, lying off the main coastal route and on top of a mountain.

The returning immigrants wanted to recreate their Cuban lives so much that they decided to build themselves Cuban-style mansions, which later became known as the Casas Indianas. Painted in bright colours with lots of ornate balconies, they were typically filled with intricate frescoes and elegant hand-carved furniture. Two of these houses still standing today, which tourists can go and visit, are the Hotel Aiguaclara and the restaurant Can Torrades. One of the most important and lavish of these properties is Casa Pere Roger i Puig, and although visitors can’t go inside, it’s definitely worth a look from the outside. The locals returning from Cuba also helped to transform the town with their fortunes, installing running water, a social club, a casino and the Town Hall. 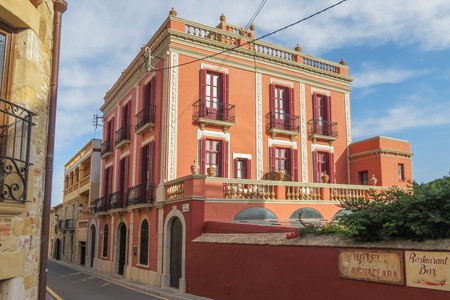 Each year, the town celebrates its Cuban heritage with a festival called the Fira d’Indians. During the event, which takes place annually at the beginning of September, there are several musical performances and an outdoor fair. Everyone dresses in white, some even in old colonial costumes, and a vibrant party atmosphere takes over the town, complete with Cuban bands and dancing.

The fair sells produce brought over from Cuba, such as its famous coffee, rum, cigars and cocoa, as well as traditional handicrafts. Demonstrations of these crafts are also on display, including glassblowing, pottery making, basket weaving, blacksmithing and fishermen making their nets. The festival also features a range of musical performances from internationally renowned Cuban bands. Previous acts have included Lucrecia, Chano Domínguez, Pepe Rubianes and Moncho, among others. 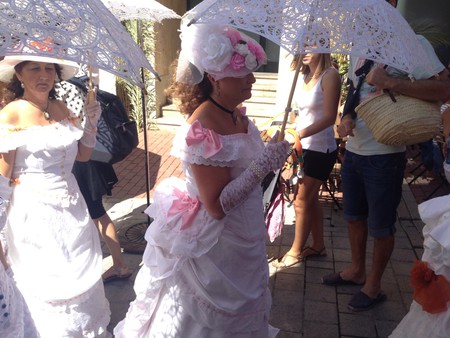 Head to Begur in September for the Fira d'Indians | © Davidpar / WikiCommons

Another cultural legacy from Cuba, which has infused throughout the Costa Brava area, is the Habanera or sea shanty song. These songs originated in the 19th century in Cuba and were a mix of folk dance style and African rhythms. They were brought back from Cuba by Catalan sailors at the time.

Traditionally, Habaneras were sung by fishermen in the tavernas around the Costa Brava, but today, there are Habanera festivals taking place each summer in various villages around the region. There are usually two big Habanera concerts held in Begur each year – one staged at the Old School in August, and the other on Sa Riera Beach nearby. The first and most famous of these Habanera festivals, however, is not held in Begur, but just down the coast in Calella de Palafrugell, taking place each July. During the festivities, it is customary to drink cremat – rum mixed with coffee beans, cinnamon sticks and lemon peel, and then set on fire.

Today, besides the big mansions and the yearly festivals, visitors will spot many other homages to Cuba around the town, including Cuban cocktail bars. One of the best is La Bodeguita del Medio, a copycat of the famous Bodeguita del Medio bar in Havana – Ernest Hemingway’s favourite spot for mojitos.

How to get there: Nowadays, Begur is easy to get to, especially if you hire your own car; it’s approximately a one-hour drive west of Girona. If relying on public transport, you can take a bus to Palafrugell from Girona station, and then another shorter one to Begur.