How to Attend an Atlético Madrid Match 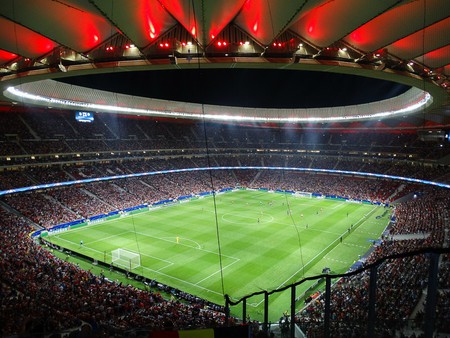 Often cited as Madrid’s ‘local team’, Atlético de Madrid have ascended from working-class heroes to one of Spain’s most famous clubs – even Spain’s King Felipe is a fan. Follow our tips to get the most out of attending an Atlético match.

The best place to buy tickets to an Atlético de Madrid match is on the team’s official website. Tickets become available the Monday morning before the game and can be picked up from the stadium.

Tickets are also available on ticketmaster.es, which sells tickets at the official price.

Prices vary depending on who is playing and whether it is a competition game. In general, tickets start at around €40. Derby matches – between Atlético and their arch-rivals, Real Madrid, are more expensive.

Ticket touts sell tickets outside the stadium on match day, but are often trying to flog fakes. If you do go down this route, make the seller go over to the ticket scanner and check that it is a genuine ticket before you buy. 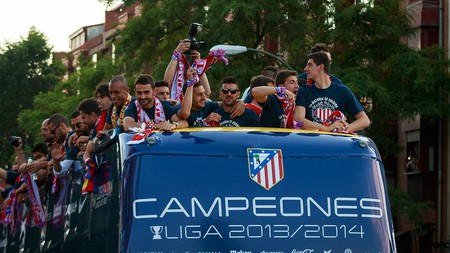 Atlético’s new home, the Wanda Metropolitano stadium, has a capacity of over 67,000 and is split into two side sections and two goal sections.

Spain’s league runs from September until June, and during this period league matches take place most weekends. International championships, as well as the King’s Cup, take place on Tuesdays, Wednesdays or Thursdays.

Match days can be rescheduled, usually from Saturdays to Sundays, so it is advisable to come to Madrid for a full weekend, then if your Saturday match is changed, you can still attend on the Sunday.

Getting to the stadium

Atlético moved from their longtime home, the Vicente Calderon stadium, to a huge, shiny new base, the Wanda Metropolitano, in the 2017/18 season (the stadium will host the 2019 Champions League final).

The new stadium has 4,000 parking spaces, but the most recommended form of transport, and the one used most by fans, is Madrid’s metro. 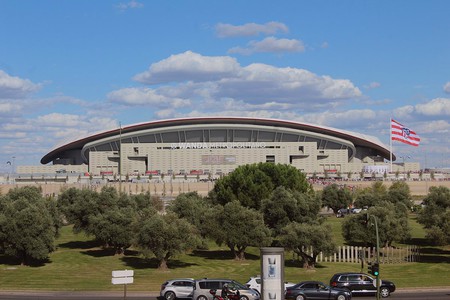 Players to look out for

Altético de Madrid is home to some top class players. Keep an eye out for French striker Antoine Griezmann, who has played for the team since 2014 and fellow striker, Diego Costa, who was signed to Atlético in 2007.

Spanish names to look out for include midfielders Koke and Gabi, as well as forward Fernando Torres and right-back Juanfran.

You can buy official Atlético de Madrid merchandise in the team’s shops; there is an official team store on Gran Vía, one of Madrid’s main shopping street in the centre of the city. Football shirts and other souvenirs can also be purchased on the team’s official website. Browse online before you come to Madrid to find the best deals.

Madrid’s souvenir shops are packed with Atlético de Madrid-themed items, from hats and scarves to tankards bearing the official logo. 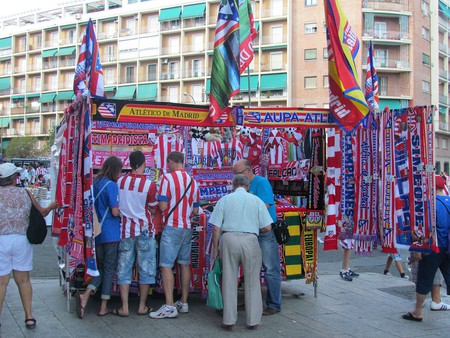 Aim to get to the stadium nice and early to soak up the atmosphere and make sure you find your seat in plenty of time.

The roof of the Wanda Metropolitano covers approximately 96 percent of the seats, so you don’t need to worry about getting caught in the rain.

If Atlético win a competition or trophy, head to the fountain with the statue of Neptune, on the city’s Paseo del Prado – where fans come to celebrate their team’s victory.

The fountain of Neptune, where Atlético fans come to celebrate after a big win | ©Marcoski/Flickr
Give us feedback