Are Spaniards Over Bullfighting?

Last month, during one of the world’s most prestigious and well-attended bullfighting festivals in Madrid, thousands of protestors took to the streets of the Spanish capital to demand the prohibition of a controversial spectacle they claim is nothing more than torture.

Protestors marched with banners bearing photos of fighting bulls bleeding from the shoulders and slogans such as ‘Bullfighting is Torture’. Their angry march through the Spanish capital was the latest manifestation of what many say is a rising swell of opposition to the bullfight in Spain. Yet the defenders of the corrida de toros – as its called in Spanish – argue that it can be a spectacle of emotional depth and beauty. Once more, we are prompted to ask whether bullfighting is on the way out. 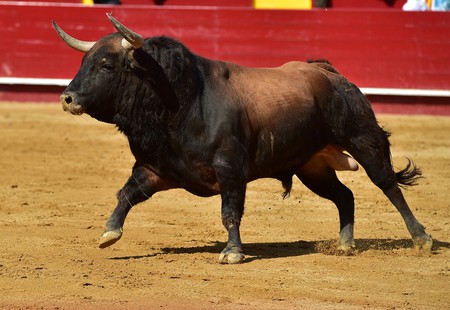 A fighting bull enters the ring at the start of a bullfight; alberto clemares exposito, shutterstock

Protests such as the one held in Madrid last month occur roughly once a year in Spain, whilst smaller demonstrations are usually held outside bullrings before major bullfights. They always renew a debate in which those who oppose the bullfight quote statistics which seem to show the spectacle is waning in popularity. According to figures from the Spanish Ministry of Culture, Education and Sport (which runs the corrida in Spain), in 2015 there was a 7.1% decrease in the total number of bull-related events (including bullfights) held in Spain compared to the previous year – or 1,736 bull-related festivals in 2015 compared to 1,868 in 2014. In both years, the amount of festivals was down significantly compared to 2011, in which there were 2,290 bull-related events held throughout Spain.

The steady decline in the amount of Spanish bullfights over the last few years apparently indicates that it is on its way out. PACMA, Spain’s leading animal protection charity, failed to respond to Culture Trip’s request for a comment, but their Chief Executive Silvia Barquero has been quoted as saying, ‘We are convinced that bullfighting is literally dying on its feet, and the prohibition that was achieved in Catalonia will become a reality in the rest of Spain’. 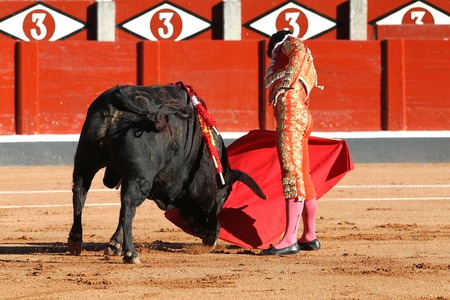 The bullfight’s detractors say it is nothing more than torture; jmgarcia, shutterstock

Barquero was referring to a ban imposed on bullfighting in Catalonia by the region’s parliament in July 2010. Those who hope for prohibition elsewhere in Spain often say that it might not even be necessary if attendance falls to levels where bullfights are no longer economically viable. Indeed, during the bullfighting season of 2014-2015, only 9.5% of Spaniards bought a ticket to a bull-related festival or show.

Yet, as some commentators point out, such statistics do not tell a complete story by themselves. Duncan Wheeler, Professor of Spanish Studies at the University of Leeds and author of The Cultural Politics of Spain’s Transition to Democracy, suggests that the reduced number of corridas de toros in Spain is not necessarily because more and more Spaniards are opposed to it: ‘Open to debate is whether [the decreasing amount of bullfights] is due to dwindling popularity or local governments being increasingly reluctant to subsidise them’.

Wheeler also points out that declining attendance at bullfights is part of a wider trend in Spain: ‘Audiences for cultural events are down across the board; theatre admissions, for example, were down a third [in Spain] between 2008 and 2013, and that’s not the worst affected sector’. 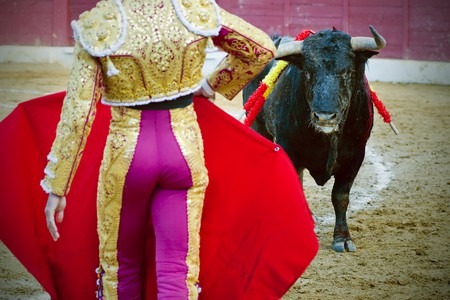 Supporters of the bullfight say it is an art form and part of Spanish culture; Marcos Mesa Sam Wordley, shutterstock

Attendance levels differ regionally in Spain, too. Madrid, where the most recent protests took place, hosts the San Isidro feria every spring: along with Seville’s Feria de Abril it is the world’s most important bullfighting festival, and each day throughout May a bull-related event is held in Las Ventas, the city’s 24,000-capacity bullring. Tickets are notoriously difficult to get hold of during San Isidro and Las Ventas is filled to capacity almost every day. That’s almost three quarters of a million people paying to see the corrida in one Spanish city in a single month. In Andalusia, the spectacle’s true home, there were more bullfights in 2015 than in 2014, according to the Ministry of Culture, Education and Sport.

Furthermore, although there is opposition to the bullfight in Spain, there is evidence to suggest not many actually want it banned. As Wheeler says, ‘there are those who are fervently in favour and those against, but I think most Spaniards are of the attitude “live and let live” or, perhaps more fittingly, “live and let die”’. Official polls on the popularity of bullfighting in Spain aren’t carried out regularly, but a Metroscopia survey conducted for the El Pais newspaper in 2010 revealed that only 42% of Spaniards wanted the bullfight banned, with 60% saying they didn’t like it. 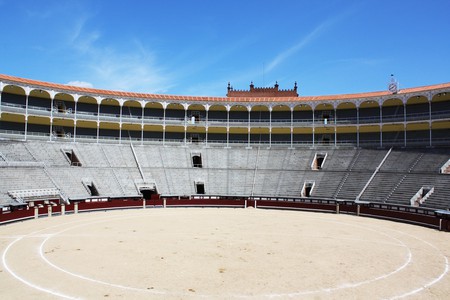 A major blow was dealt to those who want bullfighting prohibited last October, when the Spanish Constitutional Court (the highest in Spain), ruled that Catalonia’s 2010 ban on the spectacle was unconstitutional and therefore void. Nine of twelve judges said that the region’s parliament had exceeded its authority in prohibiting ‘one more expression of a cultural nature that forms part of the common cultural heritage’. Catalonia’s lawmakers are determined to ensure the ruling has no effect on their region’s cultural practices – but in the meantime, the debate about whether or not Spaniards are over bullfighting rages on.