An Introduction to Granada’s Street Sub-Culture in 17 Pictures 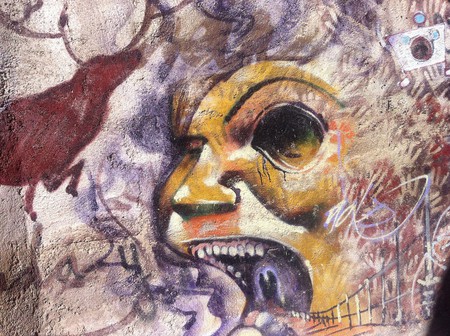 Granada has one of the most edgy and fascinating street sub-cultures in Spain. Not only are free spirits, travelers, and artists attracted from all over the world to the bohemian neighborhoods of Albaicin and Sacromonte; there is a vibrant live music scene – including street flamenco – and the former Jewish quarter of Realejo is home to some incredible street art. Here, in 17 pictures, we introduce you to Granada’s street culture.

One of the first sights that greets any visitor to Granada is the presence of travelers and hippies on the streets. Some sell curious artifacts made from scrap-metal and wood. 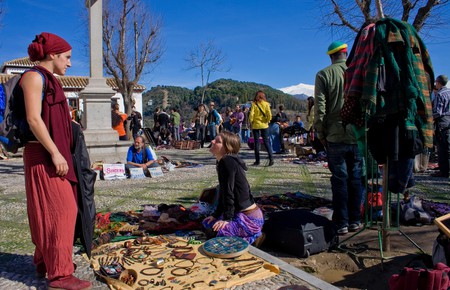 This spot on the Carrera del Darro, in front of one of Granada’s most beautiful church doors, is a popular spot for Granada’s didgeridoo virtuosos. 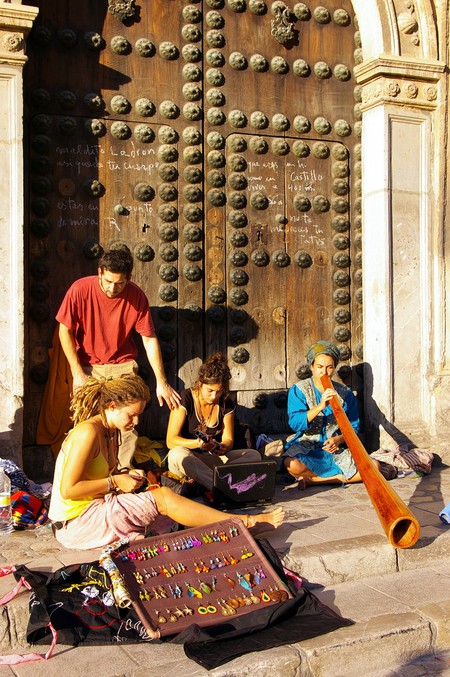 Yet others choose the Carrera del Darro for a spot of open-air meditation. 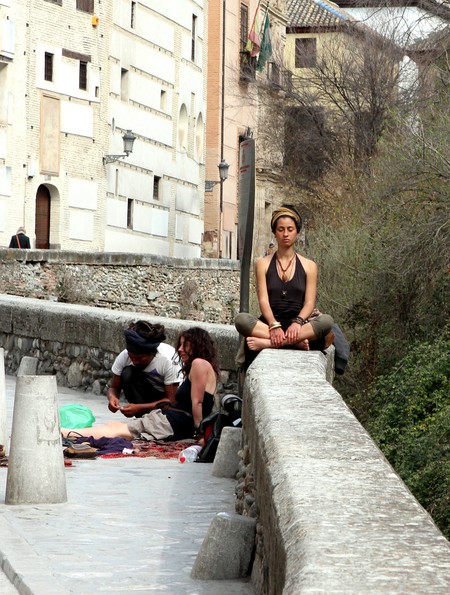 Granada attracts travelers, artists and free spirits from all over the world, who spend most of their waking hours on the city’s streets and squares. 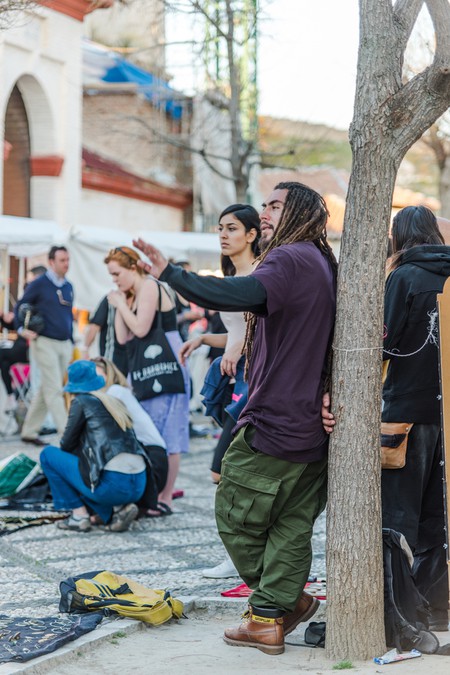 Markets are an integral part of Granada’s street culture. One of the most lively occurs every Saturday morning on Plaza Larga, in the old Arabic quarter of Albaicin. 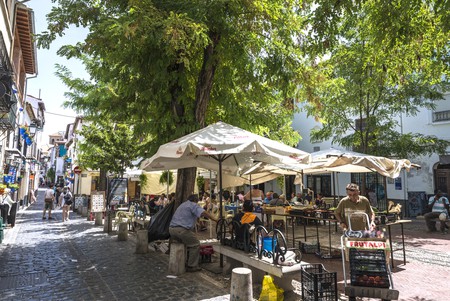 Sacromonte, Granada’s flamenco and gypsy quarter, has a street sub-culture all of its own. Here, gypsies still live in caves set into the hillside, with old sheets functioning as doors. 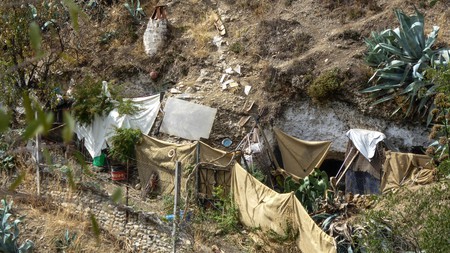 The gypsies of Sacromonte and Albaicin are often found performing on Granada’s streets and squares. One of their favored stages is the Mirador San Nicolas in Albaicin. Here, they play and sing flamenco with the Alhambra and the peaks of the Sierra Nevada in the background. 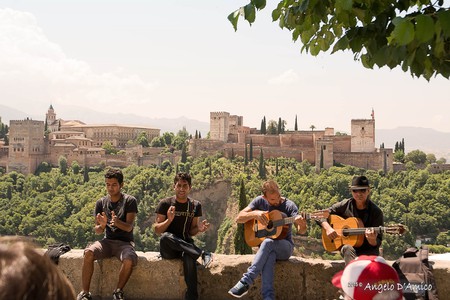 The live music on San Nicolas is up-close and personal, with tourists sitting right next to the musicians on the little stone wall as they perform. Audience participation is welcomed. 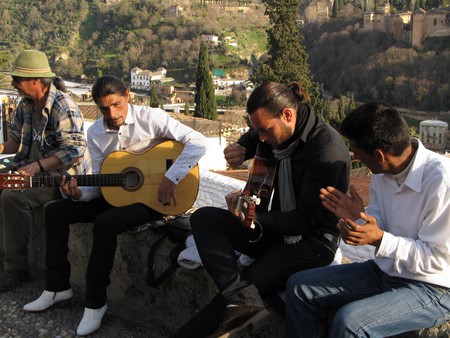 There is always some type of street entertainment going on at Plaza Nueva, in the heart of Granada. Here, you can catch some amazing live flamenco dancing without paying a cent. 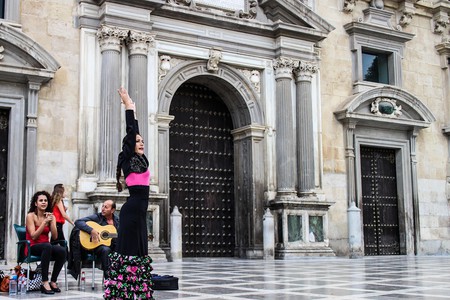 Flamenco singers are also the subject of one of the most famous pictures by Granada’s well-known street artist, Raul Ruiz, a.k.a. “El Niño de las Pinturas.” This spray-paint work is found in the former Jewish quarter of Realejo, like much of El Niño’s street art. 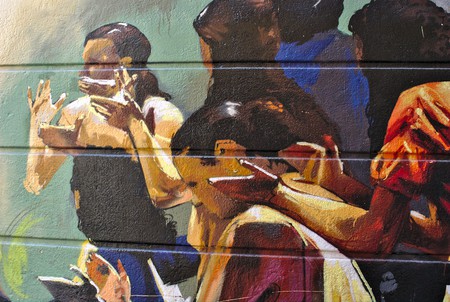 Another of El Niño’s works is his take on Rodin’s “The Thinker.” 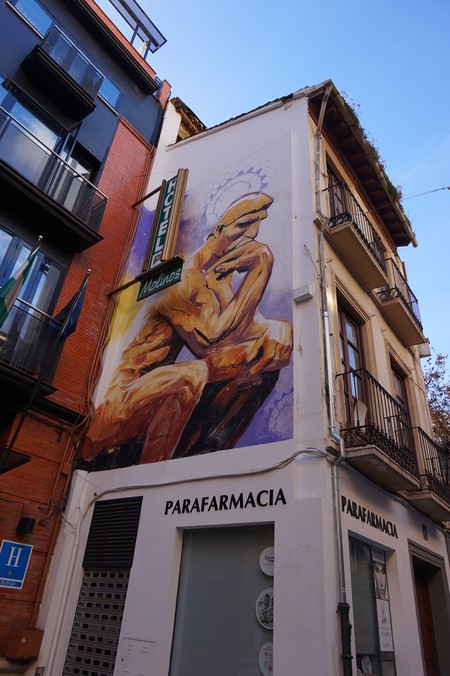 Realejo functions as a de facto art gallery for Granada’s famous street artist, with his paintings adorning walls and garage shutters all over the neighborhood. 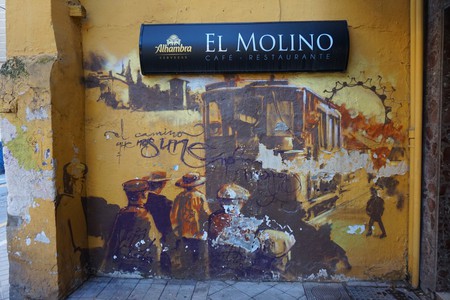 Otherwise bland building façades in this charming barrio are completely transformed by the works of El Niño. 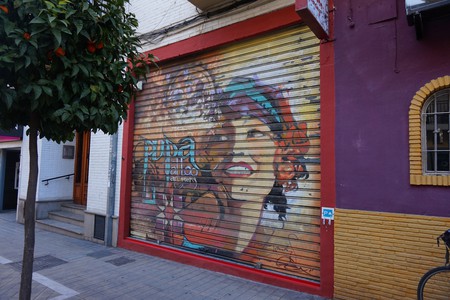 What becomes obvious as you explore Realejo in pursuit of El Niño’s street art is that this is an artist with a very fertile imagination. 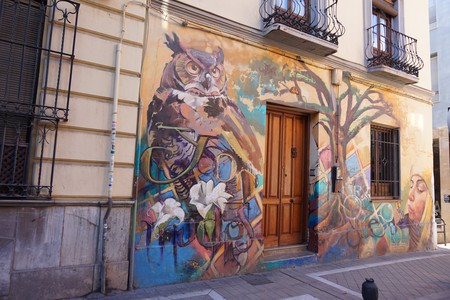 One of the pleasures of walking around Realejo is that you never know when you’re going to come across an amazing spay paint image, such as this portrayal of a pianist. 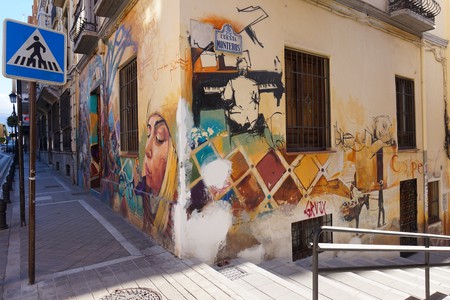 But not to be outdone by Realejo, the former Moorish quarter of Albaicin also boasts an edgy, challenging, street sub-culture of its own, as evidenced by its own street art.

Other spray piant murals in this scruffy, bohemian neighborhood bear slogans for you to ponder on. This one says “With that fog you pretend.” Answers on a postcard, please. 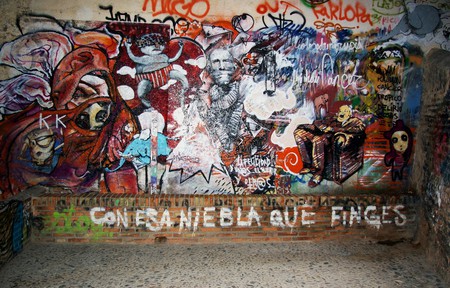