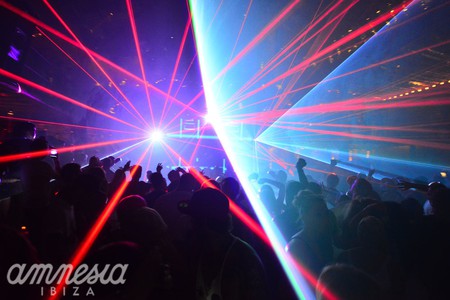 Ask the people who were really there about when the party scene got going, and the name Amnesia is bound to come up. Since the late 1970s, this Ibizan institution has been one of the venues to have most shaped the island’s party spirit and it continues to be one of the most influential clubs on the dance and electronic music scene today.

A popular hangout for bohemian types since the 1950s, Ibiza underwent a cultural revolution in the late 1970s and 1980s that changed the island’s history forever, transforming it into the world-famous dance paradise on earth. A new wave of musical experimentation slowly lead to a shift from the days of free-loving hippies to the dawn of all night raves, with a corresponding shift in the most à la mode drugs from marihuana to the newly landed ecstasy.

Until the mid 1970s, the building which housed Amnesia was a country home owned by a local family who had inhabited it for over five generations. When they eventually decided to sell the house, it came under ownership of an aristocratic widow who soon the building to a young man from Madrid.

Antonio Escohotado, the young man in question, decided to use the large venue to host late night parties and gave the venue the rather long name ‘The Workshop of Forgetfulness’ – his theory being that guests would come to leave their worries behind them. Shortly after, he discovered the Greek word ‘amnesia’ and decided that the word captured everything he intended and more, quickly renaming the venue. 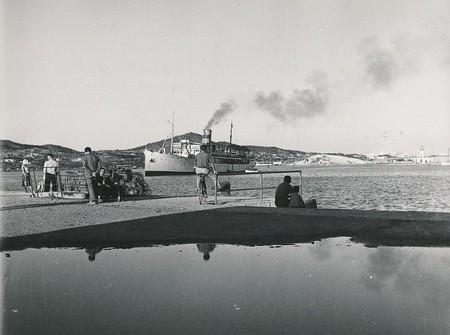 Back then the venue played an eclectic mix of musical genres ranging from disco to pop, reggae and psychedelic rock, attracting the likes of Bob Marley, who performed on the island in 1978. It was at that time that the club came under new ownership at the hands of the Basque Prontxio Izaguirre who launched the club into a new era.

By the early 1980s, house music was starting to emerge from the Chicago area and soon made its way to the Ibizan shores, where a handful of DJs began experimenting with this new style of music. Amnesia was to be at the forefront of the movement which turned Ibiza into the legendary party island it is today.

In 1983, the club introduced a new resident DJ, known locally on the island as DJ Alfredo (Alfred Fiorito) who had made a name for himself while working in a bar in the village of San Rafael. Now credited as the father of the sound known as ‘Balearic beat’, DJ Alfredo’s unique mix of disco, pop and house soon converted Amnesia into the island’s most coveted nightclub.

At first, the venue would open at 3am and welcome the crowds leaving the nearby Ku club (now Privilege) looking to continue the party. Making a name for itself as the most underground venue on the island, the club was soon regularly attracting a full house, as word spread of the parties going on there.

Throughout the 1980s, Amnesia remained one of the most influential nightclubs on the island, attracting large crowds of it-people eager to experience the all night hedonism for which the club was known. Back then, the club, like many on the island in the early days, boasted an open-roof dance floor that would flood with light as the sun rose in the morning.

Eventually, as the club scene on the island became more established, the local authorities imposed new soundproofing restrictions as well as a number of other regulations. At the same time, the venue continued to expand and the number of bars grew from four to 16, as the total capacity of the venue rose to 5,000. 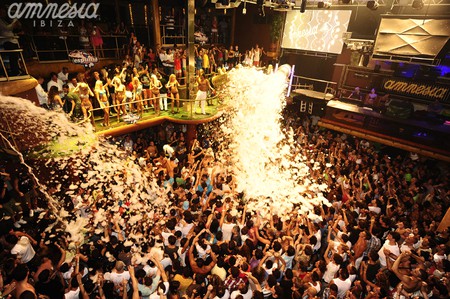 Since then, the venue has claimed its place in clubbing history, becoming famous for parties such as Cocoon, La Troya or Cream – some of the biggest and best known on the island. It has held residencies by some of the biggest DJs of the times: Sven Väth, Richie Hawtin, Marco Carola, Carl Cox, Paul Van Dyk, Tiësto and Paul Oakenfold to name just the most influential, as well as live performances by the likes of Snoop Dogg, Public Enemy and 50 Cent.

If there’s one place that the partygoers want to be seen, it’s Amnesia and that’s as true now as it was thirty years ago.