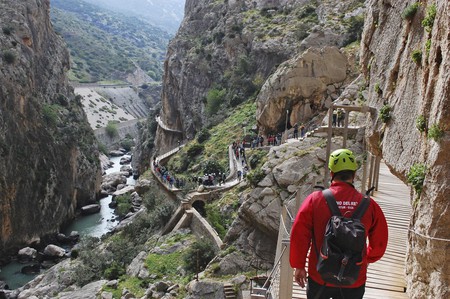 Malaga province is the adventure lover’s paradise. Along its stunning coastline you can enjoy a huge range of watersports, while the scenic, mountainous terrain inland is perfect for biking and trekking. And then there’s the terrifying ‘Caminito del Rey’, which has been known as the ‘World’s Scariest Pathway’. Below is the ultimate adrenaline junky’s guide to Malaga province.

This terrifying three-feet wide pathway, pinned to one side of a deep gorge more than 300 feet above the river below, was built between 1901-1905 to connect the two hydroelectric plants in El Chorro, a beautiful part of Málaga that’s well worth a visit in its own right. The vertiginous track gradually deteriorated through lack of use and was closed by local councils in 2000. But in March 2015, after a stunning €2.7million renovation, it was reopened and is now one of the region’s star attractions. Adventure lovers will relish the Caminito’s two cliffside sections (the latter of which is quite hair-raising), which are separated by a lovely walk through El Chorro’s stunning fauna and woodland. You are completely safe on this spectacularly-restored pathway – which runs right above the original one, parts of which are still clinging to the cliffside – but if you have an aversion to heights, do yourself a favour: don’t look down. 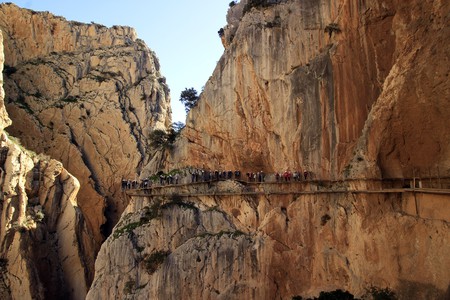 Malaga province is home to some of Spain’s most beautiful coastline, so there is no shortage of activities for watersports junkies. In general, the vast majority of Malaga’s world-class beaches offer pretty much any watersport you care to name. Particularly good for sailing, kite-surfing and windsurfing is the spacious La Misericordia in Malaga itself, whereas La Caleta – on the other side of the city’s port – is good for more relaxed pursuits such as snorkeling and paddle-boating. Both of these beaches also offer stunning views of the rugged, mountainous scenery that surrounds Malaga. Elsewhere on the Costa del Sol, the rock formations under the waters off Nerja are popular with scuba-divers, who head to this formerly-quiet fishing village for a greater variety of marine life than that found elsewhere on the south coast. 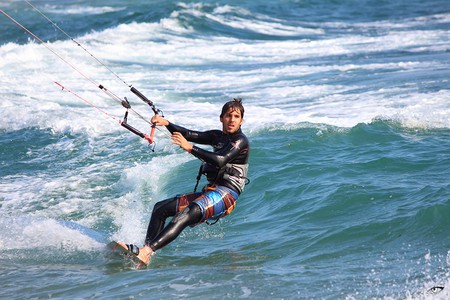 Malaga province is the setting for some of Andalusia’s best cycling, offering everything from gentle routes along the coast to more demanding off-road biking for the hardcore adventurer. From Malaga city’s great port you can head east or west along the coast, using superbly-maintained cycle paths, for some wonderful sea views en route. These take you out to the charming fishing villages that surround Malaga, such as La Cala de Moral to the east and Torremolinos to the west (although the latter is now also one of the Costa del Sol’s busiest tourist towns). About 20 miles inland from Malaga itself, the Montes de Malaga natural park is the place to head if you get your kicks from gnarly off-roading or downhilling. Antequera is another excellent choice if you want explore the bizarre and beautiful karst landscape of El Torcal, though be prepared for some serious uphill cycling here. 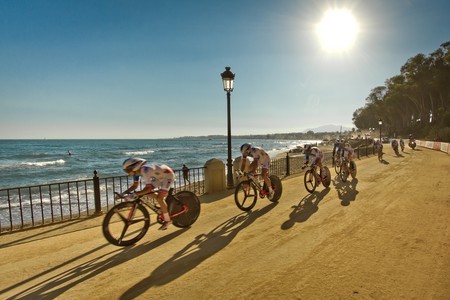 The untamed countryside that surrounds Ronda is the setting for some of Malaga province’s best canoeing and kayaking. For gentle paddling head to the Zahara-El Gastor Reservoir on the edge of the Grazalema national park, while the Guadiaro River further south offers more technical and demanding routes. Closer to Malaga city, the Genil river is a great stretch of water on which to enjoy a family day out with canoes or kayaks (several companies offer guided routes, such as Activities Marbella), with lots of exploring to be enjoyed on the coast around the charming fishing village of Nerja. The turquoise lakes of El Chorro – home to the Caminito del Rey – are also a beautiful setting in which to enjoy relaxed canoeing as well well as bathing and camping. 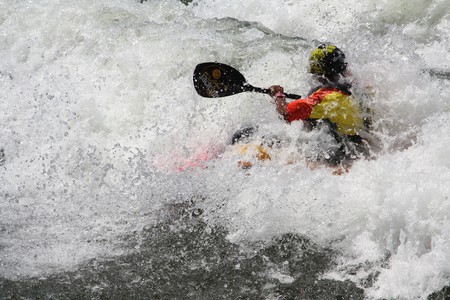 Inland Malaga has some great spots for canoeing and kayaking; rondaw, pixabay

For adventure lovers with a penchant for trekking, Malaga’s terrain is first-class. Just to the north of Malaga city is the Montes de Malaga natural park, a vast expanse of hills, mountains and dense pine forests which offers routes of varying lengths and difficulty. Further inland, near the attractive and busy town of Antequera – known as ‘The Heart of Andalusia’ due to its central location – is the El Torcal natural park, in which you can explore the fascinating karst landscape that 150 million years ago was at the bottom of the ocean. Elsewhere in the province, a visit to the stunnning pueblo blanco of Ronda – which sits either side of the El Tajo chasm and the terrifying ‘New Bridge’ that crosses it – can be combined with hiking in the surrounding Serrania de Ronda. There are also some great routes in the El Jobo and Camarolos hills just outside of the pretty village of Villanueva del Rosario, where you can scale the region’s highest peak – the 1,641 metre El Chamizo. 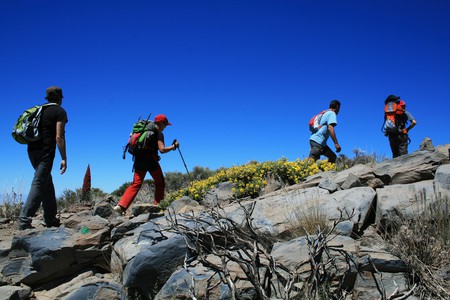 Road trip Around the Pueblos Blancos

If you’re renting a car in Andalusia and love spontaneous adventures, take a road trip around the region’s iconic pueblos blancos, (or white villages). These traditional Andalusian dwellings, so-called because of their crunched-together white houses, are scattered over southern Spain like giant patches of snow and offer insight into a rural way of life that has hardly changed over the centuries. While some of the more adventurous tourists find their way to the pueblos, most of them have retained their authentic ambiance and architectural style. Casares, Villanueva del Rosario (also good for trekking), Villanueva de la Concepción and Ardales (at the northern end of the Caminito del Rey) are among the least touristy of Malagas pueblos blancos, whilst Ronda, with its immense ‘New Bridge’ crossing the El Tajo ravine, is the most famous and popular. A few days’ worth of adventuring would enable you to see the better-known pueblos blancos and – who knows? – perhaps discover one of your own, too. 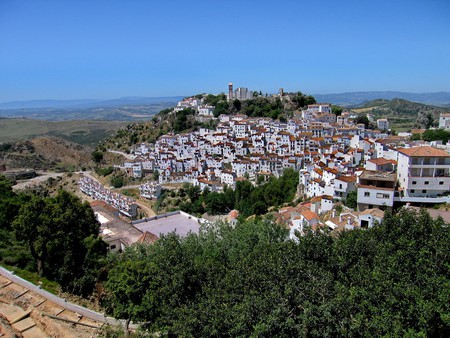 Casares, one of Malaga’s most beautiful “White villages”; Bilderandi, pixabay
Give us feedback