A Tribute To The Late Basque Painter Sofía Gandarias 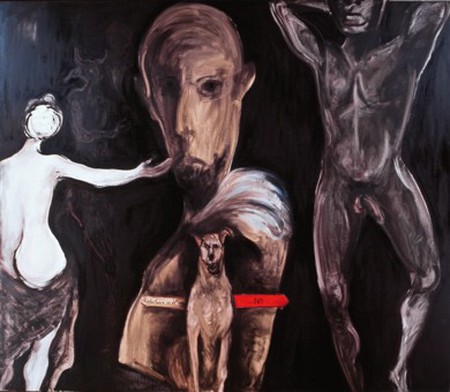 Basque painter Sofía Gandarias left an immense artistic legacy that will surely persist long after her death. She claimed that ever since she started painting at the young age of 12, the art of painting seized her and never let her go. We pay homage to the late artist’s lifelong passion for art by recounting the evolution of her work throughout the years.

Born in Guernica in 1951, Sofía Gandarias then moved to Madrid to study fine arts, where she deepened her knowledge of painting. Although she often credited Velazquez, Goya, and Bacon as her main influences, Gandarias’ sources of inspiration extended themselves way beyond the visual arts. In fact, most of the painter’s work bases itself on non-visual sources, such as literature, music, and even history, perhaps because her main talent was precisely to mirror what is not visible. Because Gandarias portrayed a large array of painters and writers throughout her life, many associate this fixed value to the essence of her work. While it is certain that her love of literature and music certainly had a key role in her painting, it is ultimately her ability to seize what is unseen that is truly at the core of her art. 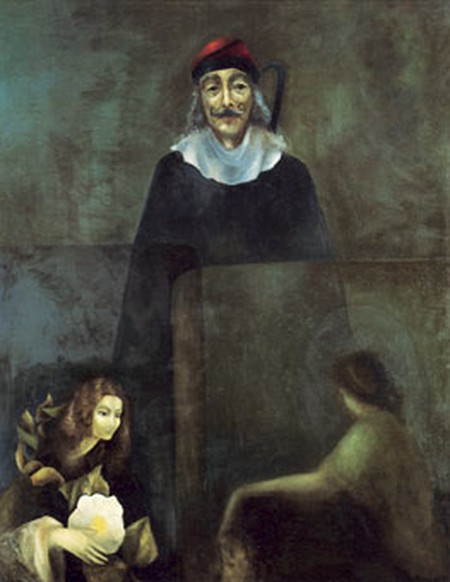 Gandarias’ portrayal of Bacon, for instance, exudes the author’s existential anxiety, thus externalizing the internal reality of the painter. It is probably safe to say that the artist’s sensitivity towards literature, art, and overall human nature translates in her poignant visual language. In that sense, it is no wonder that the Valencian author Saramago, whom she also portrayed, said about the Gandarias’ painting that they were ‘painted mirrors’. 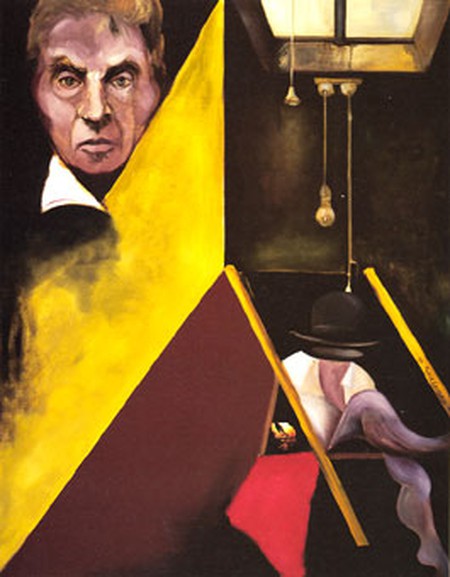 What makes Gandarias’ portraits truly unique is that they extend themselves beyond the mere expressivity of her subjects. They are also somewhat symbolic in the sense that they tend to represent the artist’s universe and what surrounds him or her. In her Kafka series, for instance, Kafka’s face is almost of minor importance in comparison to the dark void that surrounds him. 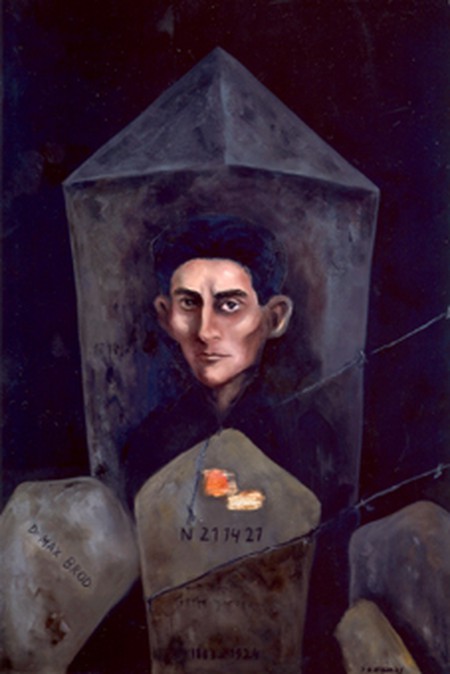 It is even more so the case in the case of her notorious painting Where is God? in which the writer’s floating head lays behind the body of a ghostly-looking pope. Rather than emphasizing the expressivity of the author’s facial features, Gandarias chooses to portray him by depicting the aimless existence that he described in his work. 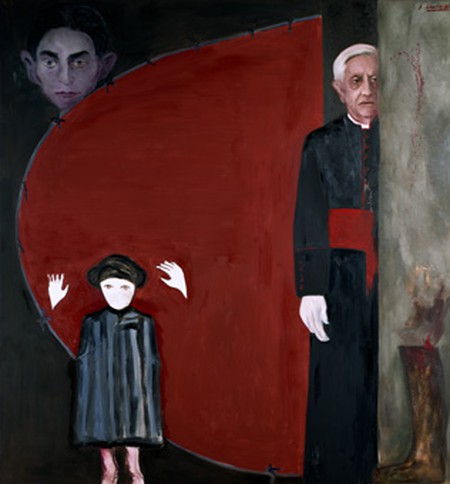 Gandarias perpetuated this idea in all of her paintings, but especially in her series Ne Me Quitte Pas, named after Jacques Brel’s famous song. In this series, the artist invokes the singer without showing him at all. Instead of focusing on Brel himself, two doves embody the intense love that the French singer sang about so intensely. 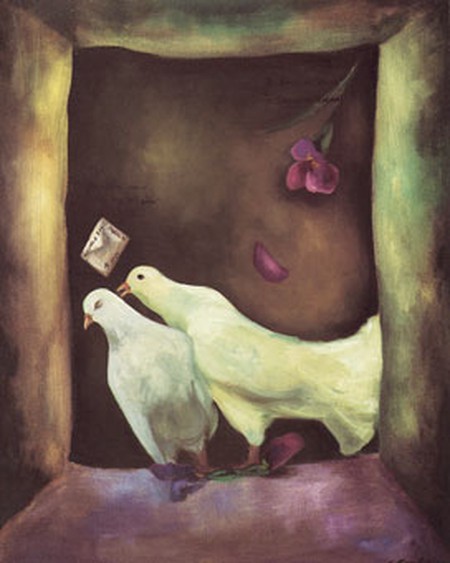 Artists, singers and writers were only a part of the Basque artist’s work, which was also very much focused on historical events and actuality, perhaps because ultimately Gandarias was interested in humankind in general. The terrorist attacks perpetrated in 2001 had a great impact on her, leading her to create a touching series of paintings dedicated to the tragic event. Again, the painter’s approach to this tragedy is indirect and sensitive, focusing on the feelings of loss rather than the events themselves. 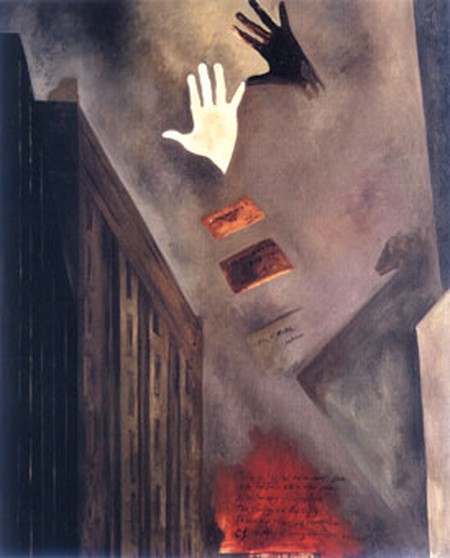 As usual, the artist symbolically hints to what she is depicting. Hands, fire and letters float amidst this foggy and apocalyptic background. 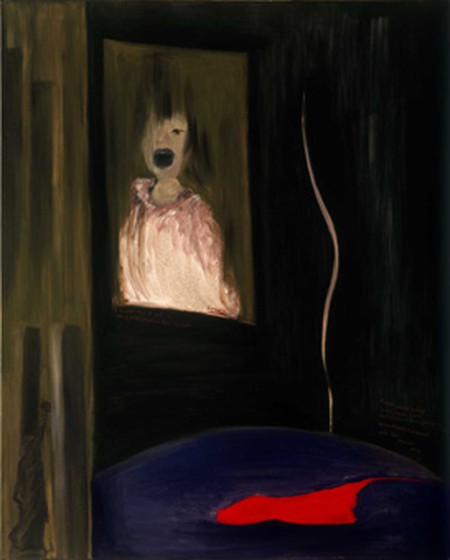 In a similar manner, the downwards motion of the brushstroke is the only element that insinuates the motive of the terrifying shriek depicted in El grito de America.

Though literature and portraiture were a big part of Sofía Gandarias’ oeuvre, the artist’s body of work is ultimately defined by her fundamentally metaphysical approach to painting. Something about her dark backgrounds and blurry outlines constructs a mysterious, oneiric and somewhat troubling account of humanity – a vision so strong that it shows through any object she decided to illustrate, no matter how commonplace it may seem.