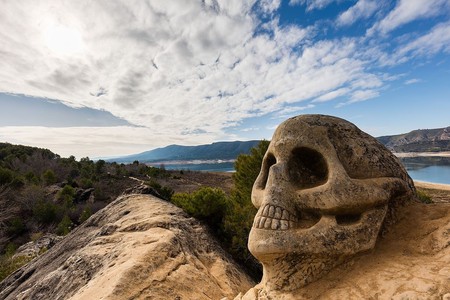 Have you ever heard of Spain‘s amazing Ruta de las Caras? The Route of Faces, as it translates, is located in the province of Cuenca and is made up of many different intricate sculptures of faces, cut into the sides of the rocks. Read on to find out how you can visit and why these astounding pieces of art work are here in the first place.

What is the Ruta de las Caras?

The Ruta de las Caras literally translates as the Route of Faces. It is both a hiking route and a sculpture park, through a series of huge rocks and mountains. Officially known as Las Caras de Buendia, the park is free and accessible to all, and features 18 sculptures in all. From serene Buddha faces to menacing skulls, quirky gnomes and a baby in the womb, these huge limestone-cut sculptures are sure to both delight and impress. 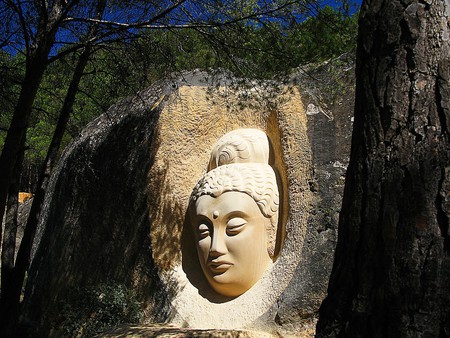 How and why were they made?

Some artists wanted to recreate rock sculptures like those of pre-Columbian cultures and decided to create their own style, taking inspiration from Oriental and Indian cultures, which is why you can find a Buddha head and a Hindu-style god. Later on, other artists decided to carve their own sculptures into the rocks here, and soon a whole route appeared, featuring many styles, but united by their theme of faces.

Where is it and how do I get there?

The Ruta de las Caras can be found in the province of Cuenca in central Spain, around one hour east of Madrid. As it’s located in a very remote region however, the best way of reaching it is to hire a car in either Madrid or the city of Cuenca and drive yourself to the area. Once you reach the route, you can park the car and continue on foot to explore further. 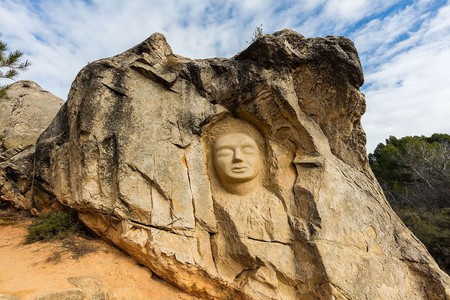 There are various routes you can follow to discover the park. The easiest and quickest one lasts just one hour and is relatively easy – it’s even suitable for children. Other well-signposted longer routes take you out further to see amazing views, more fascinating sculptures and a number of other sights such as the Guadiela River, the Hermitage of Nuestra Señora de los Desamparados and the remains of an ancient Visigoth city. 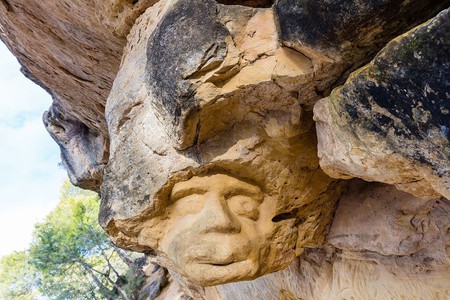