A Guide to Celebrating the San Sebastian Festival in Spain 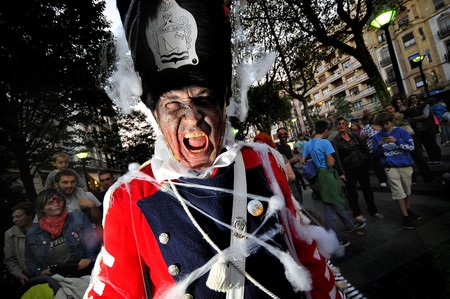 There are a dizzyingly number festivals in Spain, but only a few places where you can celebrate the fabulous Fiestas de San Sebastián. So if you are looking to partake in this, one of the biggest in the country, you have the choice of three very different options: Palma de Mallorca (Balearic Islands), Huelva (Andalusia) or San Sebastian (Basque Country). Each hosts diverse and unique versions of the celebration, so here are some of the highlights and what to expect from each.

San Sebastian is the patron saint of the city of Palma, so you will find most of the festivities focussed in and around this beautiful city.

The festival starts on January 19 with the lighting of a large bonfire in the Plaza Mayor. Mallorcan bagpipers, adults and children parade around the plaza and through the nearby streets following the paper-crafted giants and the legendary crocodile Drac Na Coca.

For the revetlla, or party, that same evening, families of all generations head out with their nighttime picnics of warming drinks and butifarra (sausages) to cook on the communal barbecues you’ll find lining the streets.

By late evening, the city is awash with music coming from every square. Take your pick according on your tastes. And if you don’t like it, just head a few streets down and you’ll find another party with another stage and a bustling crowd. 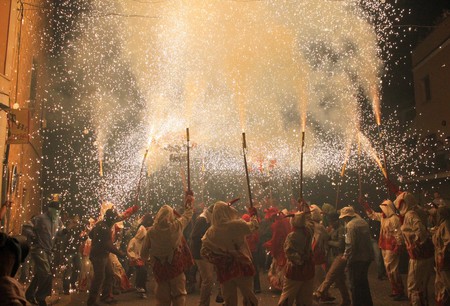 On January 20, events start in the day with activities around the Castle Bellver, on the hill above Palma. At night, back in town, they have the correfoc, a unique experience in itself. People – mostly large burly men with deep-throated roars – dress up as fire-wielding devils and run through the streets to ‘burn the city’, a tradition that comes from chasing the plague out of Palma. San Sebastian was a protector against the bubonic plague, and when a bone from his arm came to Palma in 1524, it was thought to have brought an end to the plague that had engulfed the city.

The correfoc can be fairly dangerous if you are not prepared. It comes with a large warning to wear the right clothes to protect your skin from any wayward sparks that may come your way. The night ends with a huge fireworks display outside the cathedral to mark the end of the celebrations. For many Spaniards however, the night has just begun!

This festival in Huelva in contains a combination of religious and cultural celebrations. Activities are focussed around the main square, with photography exhibitions of Huelva and pop concerts by Spanish artists.

Celebrations kick off on a Friday night in mid-January with a concert in the park. The Saturday is mostly geared towards children, with activities and parties around the town. At night there are concerts from well-known singers, followed by music from DJs.

Sunday morning is time for the procession of San Sebastian, when all the residents and visitors to the city come out and follow the statue and shrine to San Sebastian through the streets. You get to taste foods that include the traditional food of Huelva: the fava bean. The celebrations culminate in a concert given by the students of Huelva to make sure the weekend goes off with a pop.

A saint’s day festival in a town bearing the same name is always going to be a big deal – and this one in the Basque Country is just that. San Sebastian, or Donostia as it is known in Basque, has a unique ode to their patron saint. Each year on January 20, over 15,000 people come together, forming 100 bands, and start a 24-hour drumming session known as the Tamborrada, formally established in 1836. 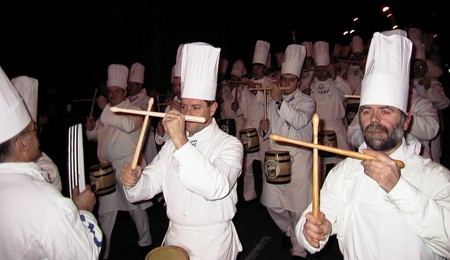 Participants wear one of a few costumes: it’s traditional Basque dress for the ladies, and drummers or chefs for the men – others go full-on gore, dressing as fallen soldiers, a tradition that dates back to the Peninsular War when the city was invaded by Napoleon and his soldiers. At the time, women would often get water from the city fountains, whilst the occupying soldiers would march around the city, banging their drums. The women began to bang on their buckets, mimicking the soldiers and their drums.

This started a movement. As defiance grew in the city, the drumming became a symbol of the people. Small clubs, such as culinary clubs, formed bands, which is why some men wear chef’s uniforms and why there are bands in the tamborrada. The drumming today is a way for citizens of San Sebastian to connect to their past and their cultural identity. 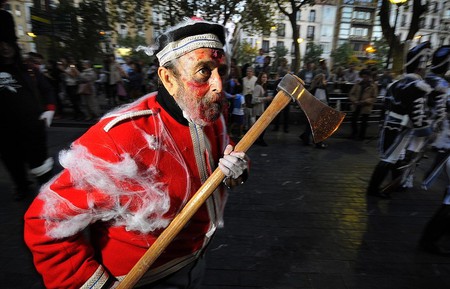 At midnight, the start of the celebrations on January 20, everyone sings the March of San Sebastian in Constitution Square.

The bands parade around the street drumming, until 24 hours later, a tamborrada performed by the Union Artesana, one of the club bands, closes the celebrations.

If you have young children, you can get involved with the midday celebrations, where over 600 bands consisting of 5,000 children perform their own tamborrada, starting from the San Sebastian City Hall. If the idea of drums and a lot of noise is not music to your ears, you may want to stay indoors.