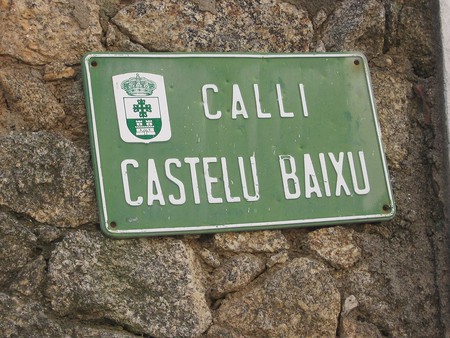 A street sign in Eljas, one of the three villages where 'a fala' is spoken. | © CorreiaPM / WikiCommons

This language is only spoken in three towns in Spain, but where did it come from and why is it so unknown?

These three towns, nestled deep in the remote valleys of Extremadura, are home to a language that is virtually unknown anywhere else in the world. Walk these quiet streets and you’ll hear a fala, rather than Spanish, being spoken. This little-known language has some mysterious origins.

A minority language from a remote Spanish valley

A fala is spoken in Valverde del Fresno, San Martín de Trevejo and Eljas, three small towns located in Jálama Valley in the far north-western corner of Extremadura which borders Portugal. The official number of a fala speakers is unknown, but researchers estimate it is spoken by some 9,000 people – 4,000 residents and 5,000 locals living elsewhere – making a fala a truly minority language. It was barely known beyond os tres lugaris (‘the three towns’) until 1990, when a local man from Valverde was interviewed on a Galician TV programme. That TV appearance sparked the interest of linguists and the media in a fala and led to increasing linguistic research that continues today. 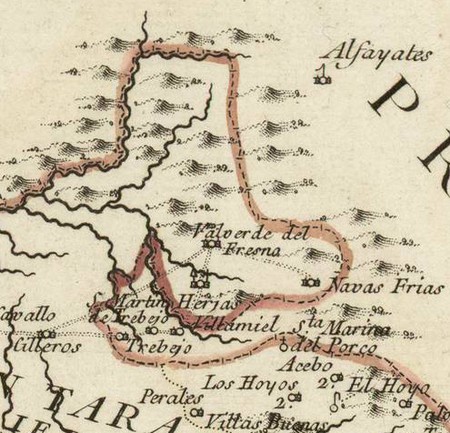 A map of the area dating from 1766, depicting the towns where a fala is spoken | © Hispalois / WikiCommons

The exact origins of a fala are unknown. Language specialists and researchers have several different hypotheses and there is no common agreement on how the language was born. Some of them base their claim that a fala derives from Galician on speculation that the valley was repopulated with Galicians after reconquering the area from the Moors in the 12th century. Others claim that before that, there were Portuguese people already living in the area, which also had strong commercial links with Portugal, meaning that the language is likely to derive from Portuguese. The truth is, it has probably been influenced by both to a greater or lesser extent.

A fala has been passed on orally from one generation to the next. There are no official spelling rules or grammar, and it was not until 1998 that the first literary work in a fala was published – Seis sainetes valverdeiros, a collection of six one-act farces about Valverde del Fresno written by Isabel Lopez Lajas.

It has three dialects, each one being spoken in their corresponding town – valvideiru (spoken in Valverde), mañegu (spoken in San Martín) and lagarteiru (spoken in Eljas). They are close enough as to allow fluid communication among speakers from different towns.

One characteristic of a fala is the fact that it keeps the initial -f from Latin, something it shares with Galician and Portuguese. For example, ‘flour’ in Spanish is harina, while it is fariña in a fala.

Another characteristic element is that unlike Spanish (where infinitives always end in -r) a fala infinitives end in -l. Therefore, comprar (‘to buy’) becomes compral, and sentir (‘to feel’) becomes sentil.

A curious thing happens to many first names in a fala – apheresis, which is the suppression of one or more sounds at the beginning of words. Sometimes they only suppress the first vowel, and Spanish names such as Emilio and Amelia become Miliu and Melia. Others, they cut out a lot: Feliciano becomes Cianu; Nicolás becomes Colás.

Local communities have made significant efforts to keep the language alive. In 2001, Extremadura regional government included a fala on their list of cultural heritage and promoting the language is one of the main pillars of the Association for the Development of Sierra de Gata. Street signs in both a fala and Spanish can be seen in the three villages. Association A Nosa Fala aims to create a set of common grammar rules, and local digital newspaper Sierra de Gata Digital even has a whole section written in a fala.