A Decade of Spanish-Language Literature In 10 Cervantes Prize Winners

The Miguel de Cervantes Prize, Spain’s answer to the Nobel Prize for literature, has since 1975 been awarded to the most relevant Spanish-language language writers from across the world. Recognizing talented revolutionaries armed with pens, the prize has been bestowed upon the likes of José Luis Borges, Mario Vargas Llosa and Ana María Matute, for which it is no wonder that it is so coveted today. Here we take a look at the last ten writers to win the Cervantes Prize as of 2013. 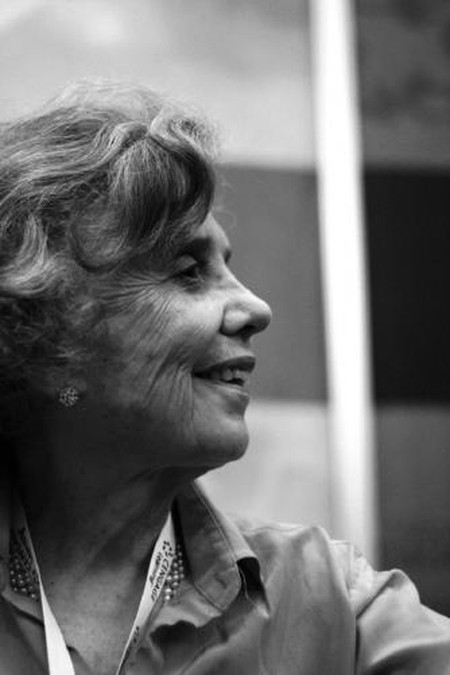 Born in Paris in 1932, Elena Poniatowska began writing at the age of 18. The daughter of a French count of Polish origins and a Mexican aristocrat who had fled Mexico during the revolution, Poniatowska moved to Mexico City with her family at the outbreak of World War II. Here she got her first job as a journalist for the newspaper Excelsior. Her career soon led her to conduct interviews with political and cultural figures (collected in Palabras cruzadas), and to a deeper understanding of Mexican society and institutions, which formed the grounds for her subsequent work. Regarded as a classic and one of her most important books, La noche de Tlatelolco (Massacre in Mexico) is an account of the violent repression of a student demonstration in 1968. Author of more than 40 books, throughout her career Poniatowska has combined historic reconstruction and literary fiction to direct attention towards the condition of marginalized people and towards pressing social and political issues. 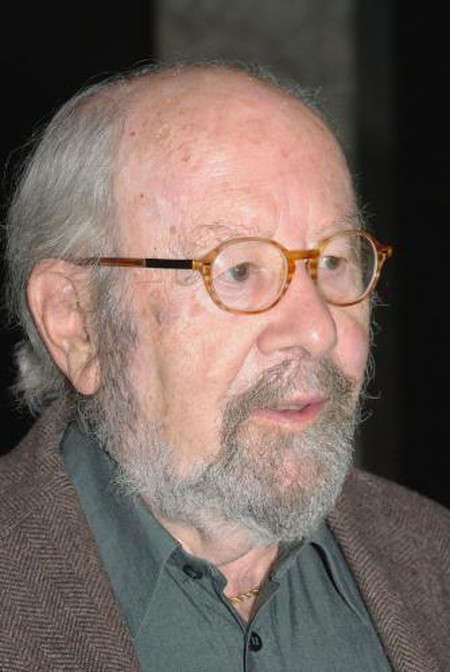 Spanish academic, novelist, and poet José Manuel Caballero Bonald was born in 1926 in Jerez de la Frontera, in southern Spain. Having studied literature and philosophy in Seville and Madrid, he became acquainted with other poets and writers that would later form the group Generation of 1950 who opposed the dictatorship of General Francisco Franco. Later on he moved to Bogotá to teach Spanish Literature at the National University of Colombia, and here he met and became part of the group of writers gravitating around the Mito magazine, which also included Gabriel García Márquez. Marked by a constant vein of non-conformism, his vast opus comprises collections of poems (now all published in the volume Somos el tiempo que nos queda), novels, and essays. Defined by the Cervantes jury as a ‘teller and creator of stories and master in the use of language’, Caballero Bonald was also twice awarded Spain’s Critics Prize for his novels Agata, ojo de gato and Las horas muertas. 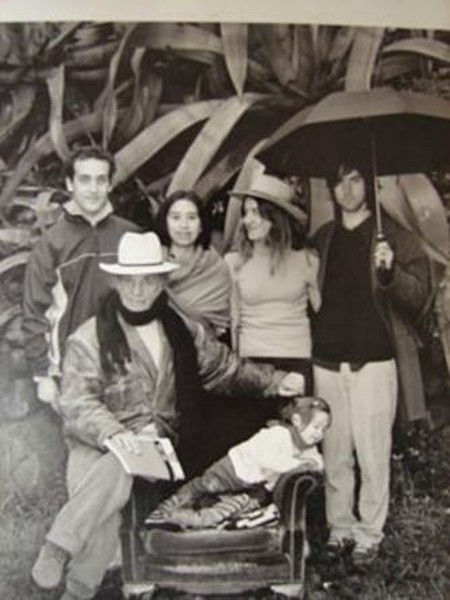 Nicanor Parra was born in 1914 and despite his academic strength lying in the humanities, he went on to study physics and cosmology at Brown and Oxford univiersities, becoming a professor at the Universidad de Chile in 1946. His first collection of poems was published in 1954. He has since been regarded as one of the most influential poets in Chile and throughout South America, in fact for crafting groundbreaking work with his ‘antipoetry’. Mixing colloquial language with verses, this poet’s works intend to challenge the traditional conception of poetry. A constant pursuit of the ironic and comic element, and a strong interest in the familiar speech imbue Parra’s work, which has appeared in various different anthologies translated into English, the most recent one being Antipoems: How to Look Better & Feel Great. 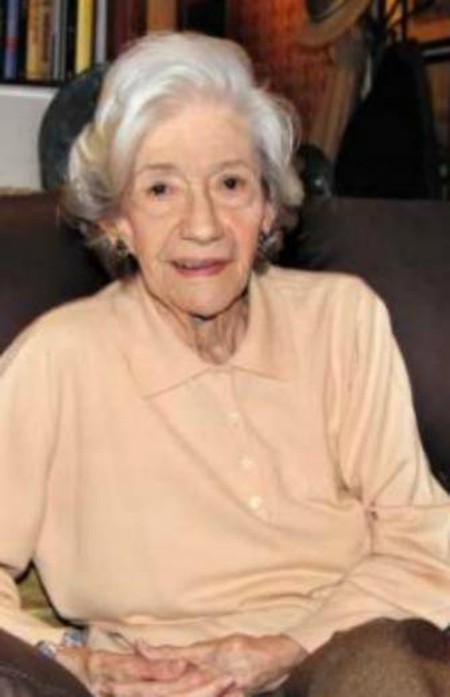 Ana María Matute (1925 – 2014) was the third woman ever to receive the Cervantes Prize since its creation in 1975. The news of her win was greeted by Mario Vargas Llosa with the words: ‘I am certain that many readers around the world are going to be pleased with this news, as I am’. Born to a wealthy Spanish family from Barcelona in 1925, Matute was ten years old when the Spanish Civil War broke out. The conflict recurs as a major theme in many of her novels, and so do the misery, the alienation, and violence that characterized the post-war years of the dictatorship, during which Matute accomplished her development as a writer. Matute’s novels gravitate around the world of children and adolescents, her stories often entangles with mythical, fantasy and fairy tale elements. Among her most acclaimed works are Los Abel, Los soldados lloran de noche, and the collection of short stories Los niños tontos. 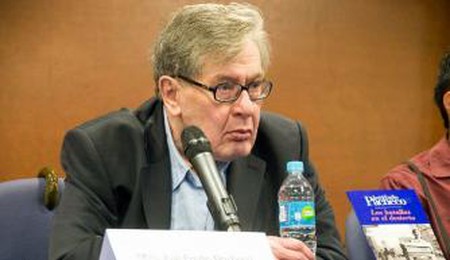 In 1963 José Emilio Pacheco (1939 – 2014) published his first collection of poems, Los elementos de la noche, as well as El viento distante, a collection of short stories. Just a few years later he had already established himself as one of the most important Mexican poets of the second half of the 20th century. Pacheco reportedly defined poetry as ‘the voice of the person reading it’, explaining how, through poetry, ‘the ‘I’ becomes ‘you’, the ‘you’ becomes ‘I’, and in the act of reading is born the ‘we’ that only exists in that intimate, full moment of reading’. Among his most renowned works is the 1981 novel Las batallas en el desierto, a story about growing up in the swiftly transforming Mexico City of the 1940s and 1950s, as well as about the transition into adulthood and the difficult love of a boy for his best friend’s mother. 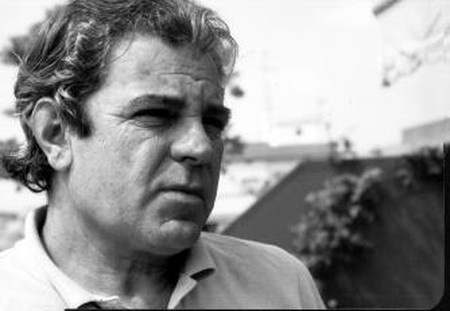 Juan Marsé, born in Barcelona in 1933 is best known for his accounts on the hardships of post-war Spain. A novelist, journalist and a screenwriter, Marsé started writing when he was only 14, and published his first novel, Encerrados con un solo juguete, in 1958. Among his most acclaimed works are Últimas tardes con Teresa, the unfortunate love story of a working class young man and Teresa, a beautiful girl from a wealthy family in Barcelona, and Rabos de Lagartija, set against the backdrop of the post-Civil War oppressive regime and narrated by the unborn brother of the protagonist. 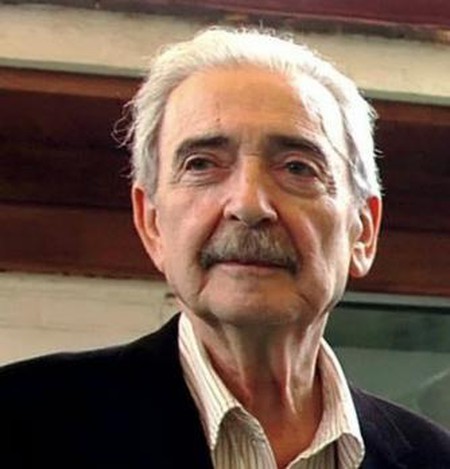 The verses of Argentinian poet Juan Gelman are strictly interwoven with his political and militant life. Coming from a Jewish family who fled Russia to escape from the pogroms, Gelman (1930 – 2014) was born in the same year of the first coup d’état in Argentina. A political activist since a young age, when he was 20 years old he joined the Communist Party and his interest in poetry was already quite firm. Published in 1962, one of his most influential collections, Gotán, reflects his views in his wish for poetry to be popular and to be informed with the richness of the language spoken in the streets of Buenos Aires. The radicalization of his political beliefs and the 1976 coup by General Jorge Rafael Videla and its subsequent junta had dramatic consequences on Gelman’s life and on those of his family members. While Gelman was forced into exile, Gelman’s son, daughter and daughter-in-law were detained by the military and became desaparecidos: while his daughter was eventually released, his son and daughter-in-law were never seen alive again. After a period of silence, Gelman returned to poetry with Hechos y relaciones, where he reflects upon the atrocities of the dictatorship. 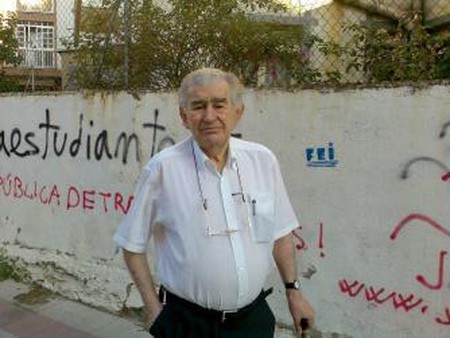 Fatherless from a young age, Antonio Gamoneda was born in 1931 and grew up with his mother in a working-class neighborhood in the city of León, Spain. Having taught himself how to read with a poetry book that his father had written, Gamoneda soon became absorbed into depicting the environment he was living in, especially the grief that saturated the years following the Civil War. The figure of his mother, the epitome of a safe haven amongst the horrors of the war and of the post-war repression, is a constant presence throughout Gamoneda’s works. His collection Libro del frío hailed him as one of the most prominent Spanish writers.

Sergio Pitol was born in Puebla, Mexico, in 1933. His career as a translator and a diplomat brought him to travel extensively through Europe and Asia. Having lived in Paris, Warsaw, Budapest, Moscow, Prague, Rome, Beijing and Barcelona, having translated authors like Joseph Conrad, Henry James, Lewis Carroll and Jane Austen, his novels are infused with the influences of foreign languages, his prose moulded by the twists in the Spanish language inspired by his multifaceted cultural experience. Among his best known works are Nocturno de Bujara and El arte de la fuga. 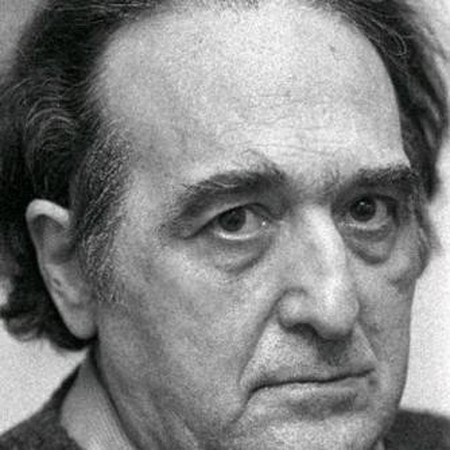 Rafael Sánchez Ferlosio is a Spanish novelist and essayist born in 1927 in Rome to a Spanish father and an Italian mother. Autobiographical fiction and fantastic elements blend into his writing to create a sense of discrediting of the reality he portrays. During the year of Franco’s dictatorship in Spain he joined the intellectuals’ opposition to the regime and fostered the work of young Spanish writers like Ana María Matute and Juan Goytisolo. Among the works that brought him to international recognition are his first two novels Industrias y andanzas de Alfanhui and El Jarama.